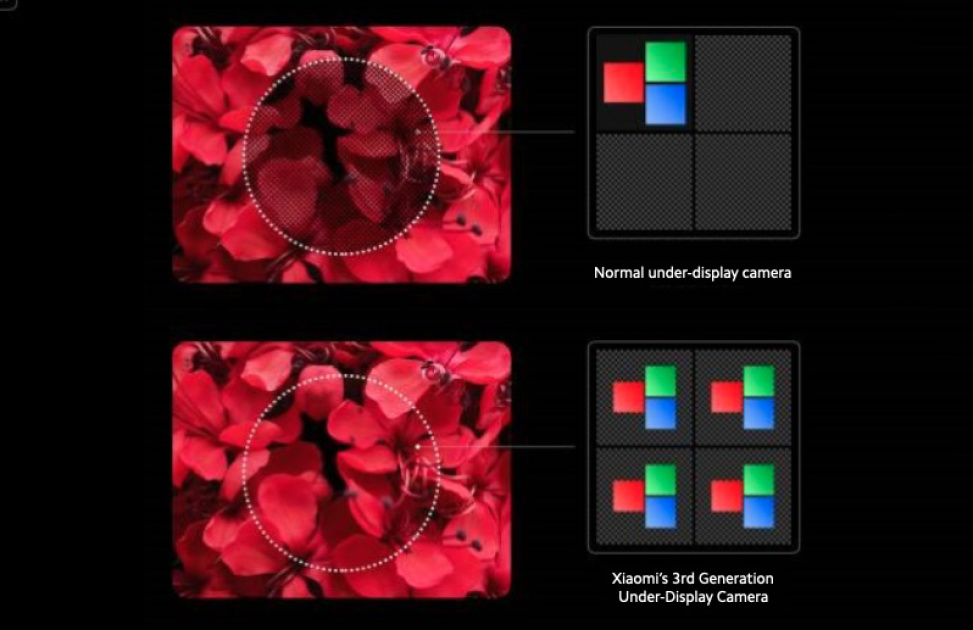 Xiaomi developed its own pixel grid arrangement that allows light to pass through the gap area of sub-pixels. At the same time, each single pixel has a complete RGB subpixel layout with no sacrifice in pixel density. All of that means that the display pixel density above the camera is the same as elsewhere on the screen, showing the “same brightness, color gamut and color accuracy.” Xiaomi also optimized the camera algorithm, claiming it performs the same as conventional front cameras.

So far, we haven’t seen great performance on prototype under-display selfie cameras, so we’ll have to see Xiaomi’s system to believe it. In any case, we should get a taste of the technology on a mass-production camera soon, as ZTE’s Axon 20 5G with the first mass-produced under-display camera will arrive on September 1st. Xiaomi’s tech won’t arrive until 2021, but it could have the edge in technology if the claims are accurate.