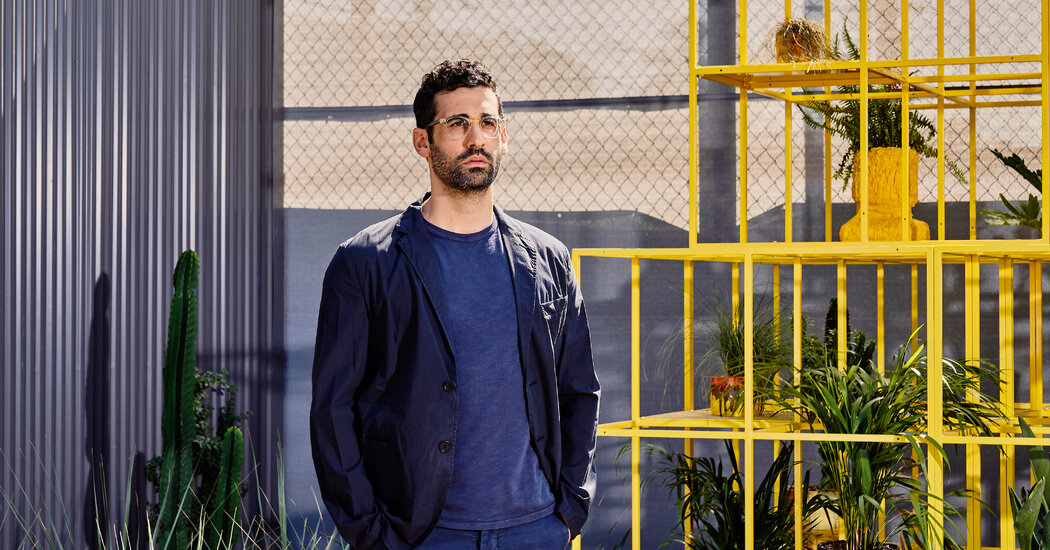 LOS ANGELES — David Kordansky keeps one of Bob Weir’s guitars and Jerry Garcia’s amplifiers in the office of his gallery here in Mid-City. Love of the Grateful Dead, says the artist Mary Weatherford, helps explain Mr. Kordansky’s approach to being an art dealer. “The Grateful Dead is how Kordansky thinks,” she said. “There is a structure, but within the structure is improvisation.”

While the Covid crisis has tested his capacity for improvisation, the Black Lives Matter movement has fueled Mr. Kordansky’s impatience for change. So, in addition to opening his gallery’s new exhibition space along South La Brea Avenue in September and adding important artists over the last seven months — namely the renowned post-minimalist Richard Tuttle — Mr. Kordansky has used this forced hiatus to examine his own role and responsibility in helping to foster a more equitable art world.

The police killing of George Floyd “was a dramatic wake-up call for me — an opportunity to think of these notions of equity, diversity and inclusion in the space of my business,” said Mr. Kordansky, 43. “This is about changing the DNA of my business.”

Those conversations helped fuel Mr. Kordansky’s decision to hire seven more people of color over the last year (there had been 3 out of a staff of 35). He also contributed toward a fellowship established this month by the artist Charles Gaines to fund the tuition of Black art students in the renowned M.F.A. program at the California Institute of the Arts (CalArts), where Mr. Kordansky studied with Mr. Gaines.

“He has been ambitious in trying to figure out ways for his gallery to better reflect the world that we live in, and the concerns many of us have about it,” said Mr. Johnson, who joined the gallery in 2008 and was its first Black artist. “Racism, xenophobia, sexism, homophobia — the gallery is working with artists that attack and consider these issues in their projects.”

To be sure, there is considerable frustration among people of color that the commercial art world has taken so long to recognize the importance of diversity on their staffs and their walls. Only recently has there been some effort to grapple with the scarcity of Black-owned galleries. And Los Angeles has been developing a strong network of Black art professionals at places like The Underground Museum, Mark Bradford’s Art + Practice and the California African American Museum.

Some Black art professionals view as paternalistic the dealer David Zwirner’s recent decision to give Ebony L. Haynes, a Black gallerist, her own space to run, however well-intentioned.

Similarly, some are bound to see Mr. Kordansky’s consulting of Black artists as part of a problematic tendency in many fields to give Black staff members the burden of diversity efforts. But Black artists at the gallery say their dealer has been considering these issues for some time and started including Black artists more than a decade ago.

“Just look at his program — someone like Rashid Johnson, like Sam Gilliam — David was the one who had the foresight to see that work for what it is,” said Mr. Pendleton, whose show — which opens Nov. 7 — will feature a video portrait of the choreographer Kyle Abraham. “You can point to an artist like William Jones or even the abiding respect he has for Charles Gaines and you get a sense that this is a deeper endeavor.”

The gallery has been having conversations over the past two years with the Racial Imaginary Institute, an interdisciplinary cultural organization, about potential collaboration. The institute has curated an online group exhibition, opening Oct. 21 — “Listening for the Unsaid” — and will benefit from the proceeds along with the artists in the show, who include Danielle Brathwaite-Shirley, Nate Lewis, Azikiwe Mohammed and Kiyan Williams.

“It can’t be business as usual anymore for me,” Mr. Kordansky said. “We show a number of artists of color, but that diversity was not reflected in the individuals who occupy the space of the gallery.”

“We have to look in the mirror and as soon as we can begin to make these changes within the system of my gallery, then we can become an example for others,” he added.

Ms. Halsey, who joined the gallery in 2018, said Mr. Kordansky has accommodated her demand that a portion of her work be reserved for Black collectors and that she has been heartened by the increasing diversity of the staff. “The gallery is starting to look different,” she said. “It’s becoming a reflection of the real world.”

In June Mr. Kordansky hired Ola Mobolade, a diversity consultant, “to literally change the entire infrastructure,” he said, including “the procedures and the criteria around new hires, how to create a diverse work space that is inclusive of people of color and individuals who have been left out of the conversation.”

Ms. Mobolade said she was struck by Mr. Kordansky’s “unflinchingness” in developing a strategy that is systemic. “The work we’re doing is not easy and it’s not quick,” Ms. Mobolade said. “The art world is so far behind.”

As Black artists have become increasingly in demand, many have moved on to some of the megadealers. But several artists at Mr. Kordansky’s gallery have notably stayed put, in part because they say he is as focused on nurturing their careers as he is on their commercial potential (one exception is Simone Leigh, who moved to Hauser & Wirth and recently became the first Black woman to represent the United States at the Venice Biennale).

“David has been the best thing for me,” Mr. Gilliam said. “He’s an artist himself and he works for you.”

Mr. Kordansky, who grew up in Hartford, Conn., going to the Wadsworth Atheneum Museum of Art there, started out wanting to be an artist. But at Cal Arts, he realized that instead, he “wanted to create some kind of foundation for my peers and colleagues.”

In 2003, he opened a gallery space in the Chinatown section of Los Angeles, moved to Culver City in 2008 and then to his current location in 2014.

Bespectacled and youthful, Mr. Kordansky can come across as an earnest, impassioned graduate student who uses phrases like “peel back the onion,” “dig into the marrow of our being” and “try to be a conduit of love.” But he recognizes that he can sound — in his words — “hippy dippy.” Artists say his intensity furthers a spirit of community at the gallery.

“It’s like being on a fantastic soccer team,” said Ms. Weatherford, who joined the gallery in 2013. “He’s almost creating his own work of art himself by gathering together a group of artists.”

That group of artists has now become Mr. Kordansky’s brain trust and his conscience. “We’re talking about these changes that should have happened decades ago — should never have been a problem in the first place,” Mr. Pendleton said.

“Some galleries have never had an African-American artist, or maybe only had one — how can you be a gallery based in North America and not have an African-American as a critical part of your program?” Mr. Pendleton continued. “That’s never been the case with David. He shows queer artists, Black artists — it just seems to be a part of who David is. It should be a part of who we all are.”