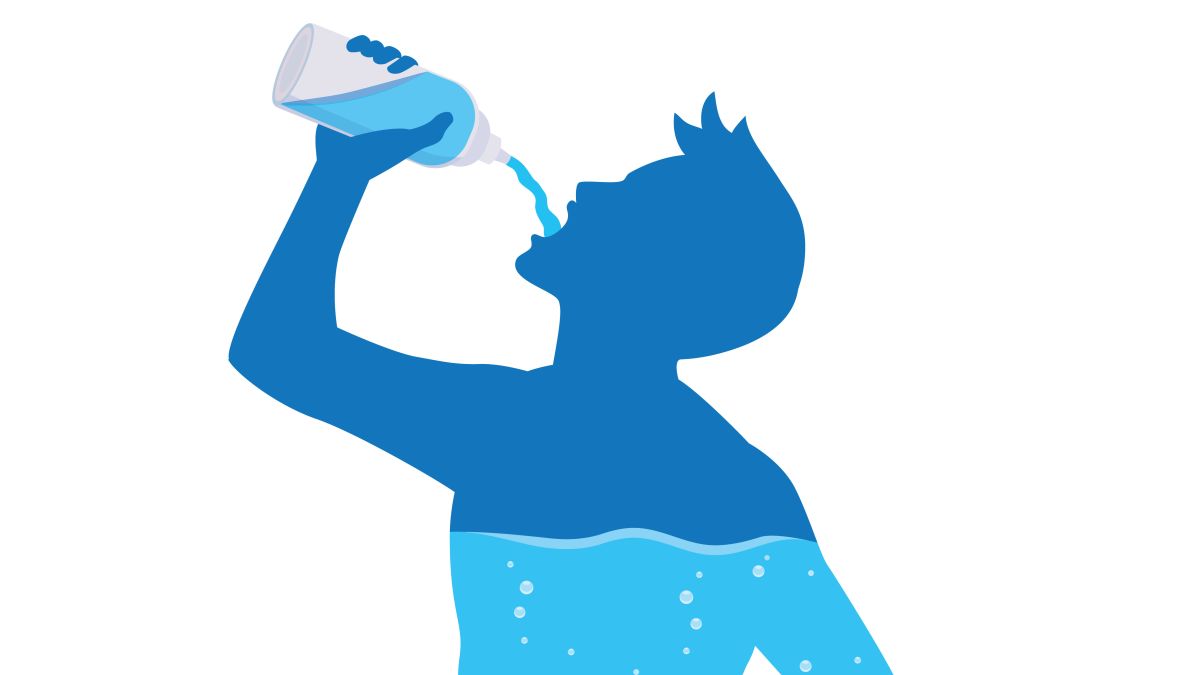 Well, I did it. I drank a lot of water every day for a few weeks in March—one gallon per day, in fact, or as close to it as I could get without living permanently in the bathroom—but I’m not sure I have a lot to show for it.

I was hoping that lifting my half-gallon water container to my mouth over and over would make me ripped. Absent of that, I was at least hoping to end my experiment with super-clear, hydrated skin. Unfortunately, my perpetually dry skin really doesn’t feel any less dry—of if it does, it’s it’s not significant enough to make me want to keep drinking so much water forever.

One tangible benefit to drinking a ridiculous amount of water each day is that it definitely makes me less hungry. I’m a perpetual breakfast-skipper, more because I’m not much of a morning person than any dislike of delicious breakfast foods. However, every now and then, I definitely get the morning pangs—but not so much when I’ve already had two glasses of water to start my day. Water isn’t as good (or as fun) a wake-up option as a sweet cup of cold brew, but it’s better than nothing.

As for all the other health benefits one allegedly gets from consuming lots of water? I’m not ready to say they’re a thing. I’m just an experimental sample of one, and perhaps your skin will go from Aquaman than Dune after a few weeks spent slamming water. Mine did not—and it didn’t do much for the pandemic acne I’ve acquired, either.

Have I lost any weight? Inconclusive. I’m basically the same place I was three weeks ago. Perhaps that will go down slightly when this gallon-a-day binge drops back to a more reasonable amount and I (presumably) stop retaining so much liquid. But I don’t feel like upping my water game suddenly gave me a clear path to a more pleasant figure. It’s just water; it’s not a miracle cure.

As I mentioned last week, the biggest gain the water challenge gave me was that it put my health habits at the forefront of my mind. I haven’t had soda all month—and I won’t even share what my old habits were there. That’s something I’m going to continue for as long as I can. At the very least, I’ll be reducing my soda intake to “sometimes food” levels, rather than making it the default option for every lunch hour.

I’m also thinking about healthy eating more in general. I’m going for delicious, plain proteins mixed with green things, rather than food that’s super-fatty, fried, or filled with tons of carbs. Water isn’t the single source of my newfound healthy eating habits, but this challenge definitely put me in the mindset to recalibrate.

Honestly, I’m relieved to not have to worry about my water intake anymore. It’s kind of like working out: Forcing yourself to stick to a static schedule is great when you need to start (or restart) a habit, but if you’re the kind of person who pushes yourself to keep to your M/W/F gym schedule no matter what, you’re potentially doing yourself a disservice in the long-term.

Take that Wednesday off. Go back and do a light day on Saturday. Only do two days that week. Who cares? Forcing yourself to do something when you don’t want to do it has its disadvantages, chief among them being the likelihood you’ll associate unhappy, unpleasant feelings with that activity. While some people can maintain that lifestyle for quite some time, others (myself included) are likely to abandon an activity that feels more like an unpleasant obligation than something fun, exciting, and good.

It’s safe to say I would probably eventually start drinking less water if I forced myself to hit a daily water goal. I’d give up and go back to my old unhealthier ways, or stop thinking much about it at all. By moderating my intake—really, moderating my habits—I feel like I’m making a more strategic choice that’ll help me achieve a long-term, positive change.

And that’s my other big takeaway from this water challenge: Don’t force it, even if “it” is something theoretically healthy. Force it a little bit to get yourself accustomed to a new lifestyle choice, sure, but then adopt a more reasonable approach moving forward. Odds are better you’ll stick with it. If nothing else, you’ll have to pee a lot less often.