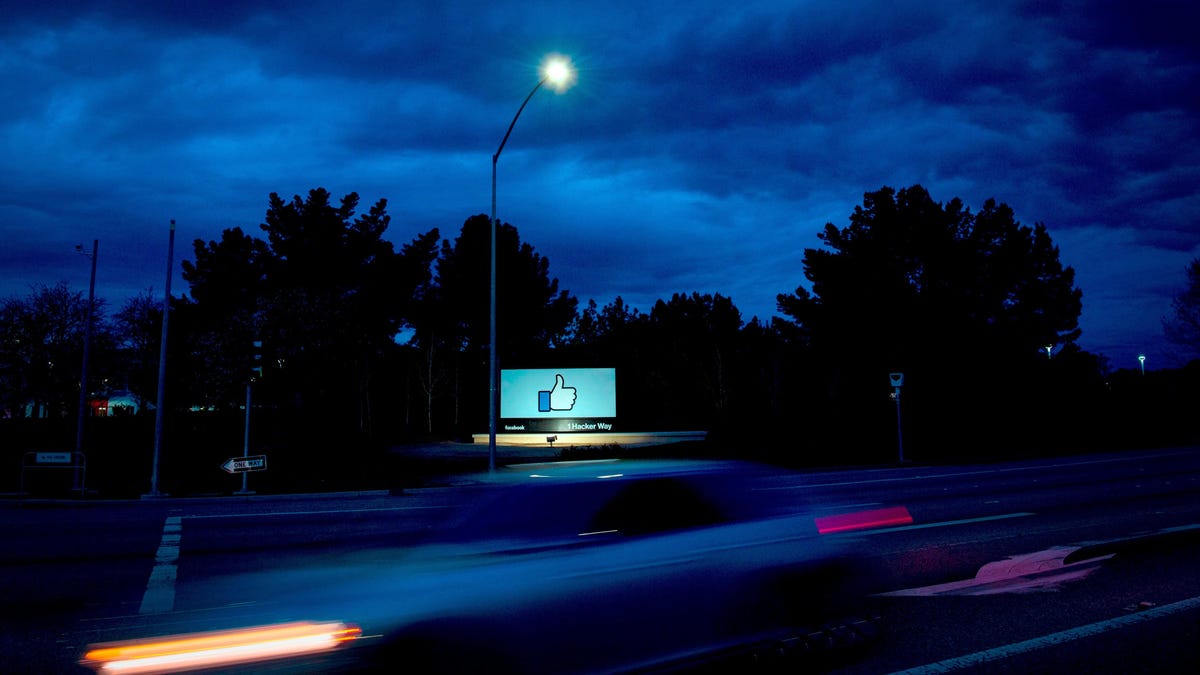 Here’s a fun thought experiment. Let’s say you, like any decent, law-abiding internet user, are feeling enraged by the recent slew of Wall Street Journal reports detailing Facebook’s myriad failures. Maybe you’re angry over Facebook’s inability to reckon with anti-vax content, or you’re angry at its slow response to known criminals abusing its platform, or, well, any of the other missteps detailed by the Journal. The point is, you’re pissed, and you want Mark Zuckerberg to know. What do you do?

You could pressure Facebook to put more muscle behind the internal teams tasked with researching the platform’s ugly underbelly, only to find, as the Journal did, that this work has a history of either being downplayed or ignored entirely. You could try to get lawmakers involved, only to find them wholly unequipped to get a single straight answer out of Zuck and Co.

Or you can try to hit the company where it hurts: in its ad budget. At the end of the day, after all, Facebook is mostly an advertising company, earning 98% of its billions of dollars from targeted ads. If researchers and regulators can’t make Zuckerberg see reason, you’re thinking, maybe a blow to profitability would. It makes sense! It makes so much sense, in fact, that a group of nonprofits is reportedly arranging a platform-wide ad boycott in response to the Journal’s investigations, the same way they arranged a comparable boycott last year. Under the moniker “Stop Hate For Profit,” the group convinced more than 1,000 brands and businesses to bravely pause their ad spend across Facebook for the full month of July, 2020 in a last-ditch attempt to get the company to reckon with its whole “rampant-hate-speech” problem.

In response, Facebook didn’t change a damn thing, and the company raked in record amounts of ad revenue anyway. Unless we want that to happen again, these organizers—and any advertisers they wrangle—will need to run things a bit way differently than they did two years ago. Here are some things that need to change.

In many cases, these companies were still paying Facebook to run ads about why their deodorant/seltzer/t-shirt brand was the bee’s knees. They just shunted Facebook’s big blue News Feed from running those ads, since that’s where a lot of the icky hate speech and racism seemed to coalesce. That distinction left big-name brands plenty of leeway to get good PR for their role in the boycott while also paying Facebook to promote their products… everywhere else.

At the bare minimum, we need to cut that shit out. We can’t give brands brownie points for “boycotting” Facebook while they continue to pay the company to run ads across Facebook-owned Instagram, Messenger, or the countless third-party apps that run Facebook-powered ads using the company’s “Audience Network” tech.

Step two: Small businesses need to get on board

The first ad boycott convinced major names (Verizon! Unilever!) to take a stand against Facebook; but as the company loves reminding us all, its vast ad machine primarily runs off the backs of small businesses across the country. Small businesses have backed up these stats themselves, with one recent survey finding that approximately two-thirds of small businesses say Facebook is their primary social media ad avenue—more than Snapchat and TikTok combined.

There’s a slew of nuanced reasons that mom and pops just can’t stop pouring their money into the platform, but they largely boil down to what many of us already know: Facebook is really effective at tracking us everywhere we go, which means it’s equally effective at targeting us with ads… everywhere we go. As one of these small businesses concisely told Marketplace at the height of the 2020 boycott, television ads are expensive, and nobody’s looking at newspaper ads anymore. Facebook is really your best option for cheap, targeted ads at scale—in fact, many will say it’s their only option.

In order to get them on board with the boycott, we need to prove that there’s people spending time… away from Facebook. Which means…

Step three: Everyone to be on board

It’s a testament to Facebook’s monopoly power that the platform can feel so, so shitty to use while feeling deeply inescapable at the same time. But if we want this new ad boycott to be worth a damn, we need to at least try to untangle ourselves from our Facebook feeds and Instagram accounts. In other words, it’s not enough for the advertisers to boycott Facebook—users have to boycott Facebook (and Instagram and WhatsApp and everything else the company controls). When Zuckerberg has fewer end-users under his thumb, that means fewer Facebook ads being seen and clicked on. Fewer ads being seen and clicked on means fewer ad dollars being spent by Facebook’s advertisers overall. In other words: When we boycott the company, we’re giving advertisers a good reason to do the same.

The only issue here is that Facebook is, according to the FTC, a monopoly, and monopolies are kinda sorta impossible to escape by design. In the wake of the 2018 Cambridge Analytica scandal, for example, the cry to #deletefacebook didn’t just seem like a rallying cry to cut back on time spent surfing Instagram, but an all-out civic duty for end-users everywhere.

It’s also a privilege. Vox eloquently pointed out at the height of #deletefacebook-mania that asking someone why they refused to leave the platform was on par with asking why they refuse to leave their house before a hurricane is set to strike. Even if you have the resources to leave, taking that step might leave you stranded indefinitely. Call it “network effects” or “weaponized FOMO.” Whatever the case, #deletefacebook didn’t work: The company reported record numbers of daily active users (188.6 million!) in the U.S. during the height of Facebook’s largest scandal to date. Needless to say, that trend hasn’t stopped since.

So, where would an effective Facebook exodus leave us? The most likely answer is stranded on other platforms with other targeted ads and other foibles that may or may not undercut democracy as we know it. Some of these companies have started closing in on Facebook’s small business strongholds during the pandemic, with names like Google and TikTok and Roku rolling out a bevy of concessions aimed at helping Facebook’s captive masses jump ship. The downside to jumping ship is where you land: either in the greedy arms of another tech giant or alone in the woods like the Unabomber.

So if most of us think logging off to fight the big blue monster is an insurmountable ask—or if you feel kinda icky about copping lifestyle tips from Ted Kaczynski—cheer up! Sure, you might be resigning yourself to being stuck on a shitty platform. But at least you know we’re all stuck here, being monetized, together.