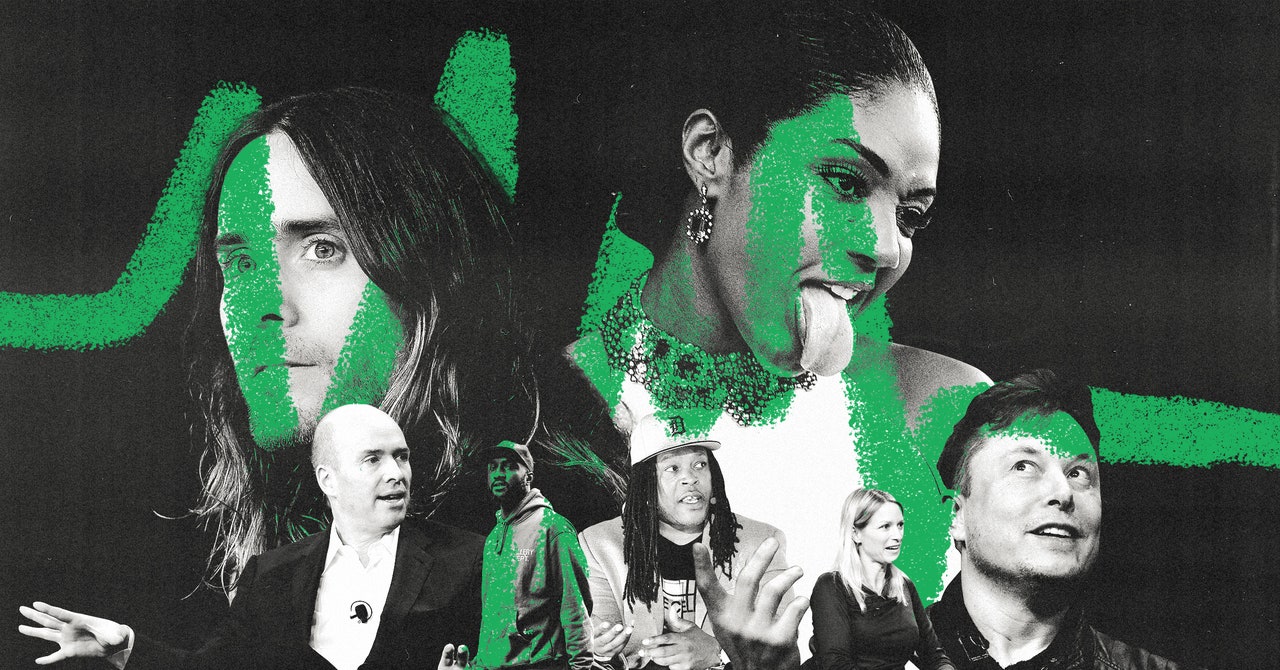 Joining Clubhouse can feel like showing up to orientation for your first year of college: No one has been there very long, and everyone wants to make a good impression. The social scene involves a lot of wandering from room to room in search of interesting conversation. When Clubhouse launched last spring, that process was more like a house party: Look in the rooms where the most people are congregating. Now, with 10 million users and growing, finding your niche on Clubhouse can take a lot of trial and error.

The main way to navigate Clubhouse is by following other people. Curating a quality list matters, because the app recommends rooms based on who you follow. Following the right people can open doors to new conversations. (Following the wrong people can lead to a deluge of useless push notifications.) To get started, Clubhouse asks new users to choose some interests—options include crypto, fashion, geopolitics, spirituality, Burning Man—and then recommends people and clubs to follow.

Twitter and Instagram have a similar sign-up process: Welcome to the app; here is who’s popular. But unlike on Twitter and Instagram, where someone’s profile is also a preview of what following them may be like, you can’t simply scroll through someone’s recent Clubhouse chats. You can’t see how many conversations someone has hosted or participated in or how many people have liked listening to them. You have to wait for them to enter a room, listen in for a while, and then decide if they’re worth the deluge of push notifications that Clubhouse sends every time they move around on the app.

Vahe Hovhannisyan, a software engineer who joined Clubhouse about a month ago, found this all a bit frustrating. He started by following some tech people, which he came to regret. “The only rooms I’d see were about bitcoin,” he says. Then he joined Clubhouse’s Armenian Club, which produced rooms full of Armenians and bitcoin. Hovhannisyan figured there must be a better way to find interesting people on the app without joining rooms at random or listening to hours of irrelevant conversations. He searched online for a list of popular accounts but found nothing.

So Hovhannisyan set out to create a leaderboard with the most-followed accounts, which seemed like the only proxy for good conversationalists. Clubhouse doesn’t have a public API, so Hovhannisyan couldn’t pull data directly from the app; instead, he created his own database by looking at who Clubhouse’s founders, Paul Davison and Rohan Seth, were following. He identified some of Clubhouse’s power users, created a sample of 5,000 of them, pulled their following lists, and then from that pool generated a list of accounts that had millions of followers each.

Hovhannisyan published his list of the top 200 Clubhouse users on Read This Twice, a book recommendation website he runs in his spare time. By his count, Clubhouse’s biggest influencers include the founders, Seth and Davison, who have 4.6 and 4.1 million followers, respectively; the comedian Tiffany Haddish (3.4 million); Felicia Horowitz (3.2 million), a philanthropist and the wife of venture capitalist Ben Horowitz (2.8 million); the actor Jared Leto (3.1 million); the venture capitalist Marc Andreessen (2.9 million); and Bomani X (3 million), a guitarist and digital strategist whose avatar was briefly the icon for the app. Of the top 20 accounts on Hovhannisyan’s list, six are venture capitalists, five are well-known entertainers, and three are Clubhouse employees.

Some of those people are, in fact, some of Clubhouse’s most prolific users, and ones that make for great follows. Horowitz is famous for her Saturday night “dinner parties,” which regularly feature celebrity guests like MC Hammer (72K followers) and Oprah Winfrey (whose account appears to no longer exist). The leaderboard also includes people like Elon Musk (1.6 million) who appear on Clubhouse less regularly but make a big splash when they do; their followers get a heads-up about when they start a room and can make sure to grab a seat. Others don’t have much presence at all. Jared Leto, for example, doesn’t have a Clubhouse bio, isn’t a member of any clubs, and uses a stack of pancakes as his avatar.