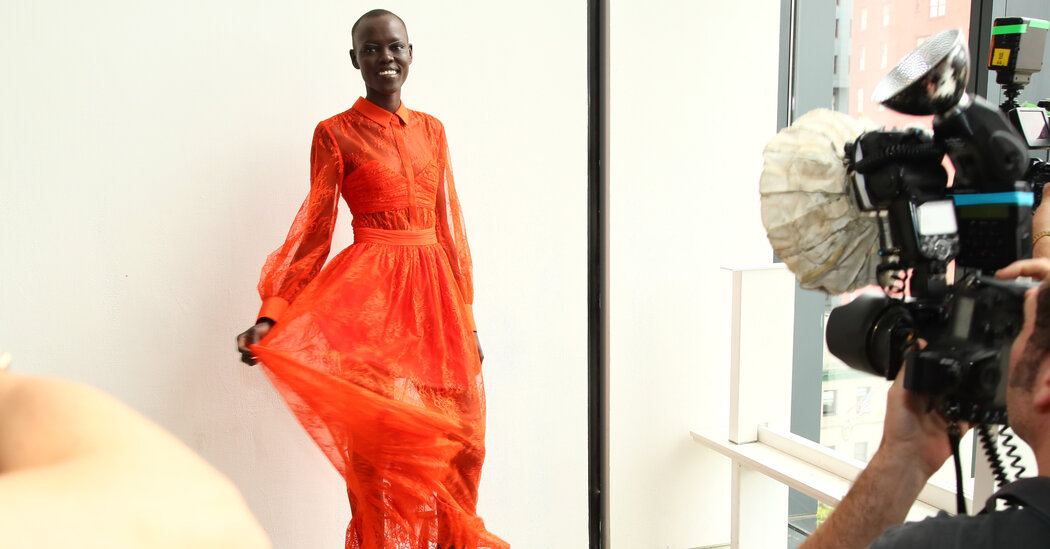 Now that things are opening up, and weddings, dinners and special events seem to be on the rise (at least for the immediate future), my friends and I have been looking around for some dresses that go beyond the nice-but-basic. I’d like to find a great cocktail look that would be an investment in coming times and a source of inspiration. My budget is $300 to $500, but one friend is willing to go to twice that. What do you suggest? — Elizabeth, New York

During the summer of 2020, after the initial trauma of isolation, one of the popular sociological theories zipping around the fashionverse was that after months of slouching around in sweats and leggings, we would never want to climb out of them, that we would have become conditioned to sartorial sloth.

This always struck me as misguided.

Not just because of the basic physics of fashion (for every action there is an equal and opposite reaction) but because of basic psychology. After all, if an item of clothing becomes intrinsically associated with a traumatic time, why would you want to continue wearing it when that time is over?

Rather, you would want to do the opposite: Use your clothes to signal, to yourself and others, that a new time has begun, to literally wear your fresh start on your sleeve.

Or, in your case, as a cocktail dress!

And because that garment will then become the symbol of a more positive, promising era, and because, if we learned anything over the last 19 months, we should have learned that no one really needs a lot of new stuff (and the world we live in really doesn’t), that garment should be an item you intend to keep for the long term — and thus worthy of investment.

This is a good opportunity to explore quirky smaller brands that may be less trend-driven and offer things that don’t scream “FALL 2021!” (and that may have circular values built in). For some suggestions on where to begin, I consulted Kate Lanphear, the women’s style director of T Magazine, and Ikram Goldman, the owner of Ikram in Chicago, who dresses some of the chicest women in that city.

To start, Ikram suggests that you “find something that is classic in style but with a twist and some humor.” She noted that “a classic long-sleeve crew neck fitted on top and a bit of A-line on the bottom” is a generally flattering and timeless style. Kate pointed out that it’s worth choosing a dress that “can be worn to cocktails but also to the office” if you add a cardigan or jacket, which helps defray the cost.

Then check out Self-Portrait, something of a dress specialist, as well as Ganni, which also marks its offerings with a “responsible” tag to indicate which garments are made from climate-friendly materials. Also Jonathan Cohen, who likewise has a special “studio” line made from deadstock fabrics, meaning that each item is by definition more singular (and on its second life).

Finally, if you are willing to spend more, look at Leur Longette, a young brand from Japan, and Saloni. And think of what you are buying as not just a dress but as a commemoration.

Every week on Open Thread, Vanessa will answer a reader’s fashion-related question, which you can send to her anytime via email or Twitter. Questions are edited and condensed.