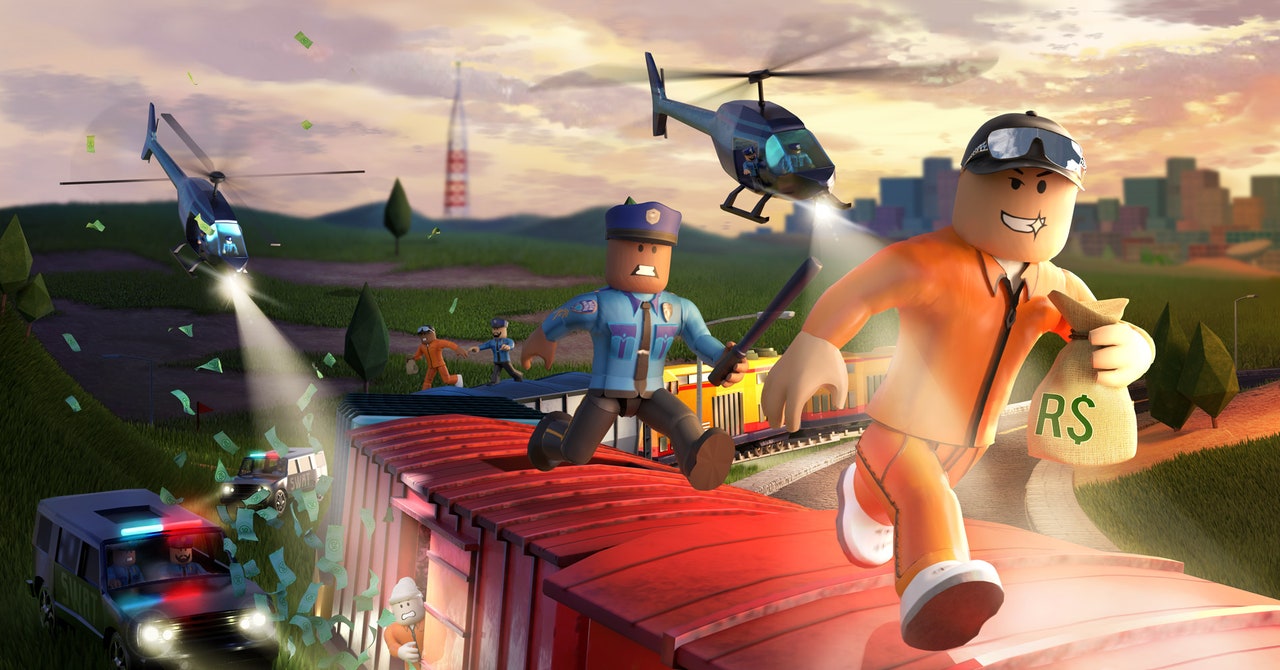 We also played Royale High, which is unlike anything I’ve ever tried before. I reached out to its creator, Callmehbob, who didn’t want to share her real name.

“I created the game I’ve been wanting to play but couldn’t find anywhere,” Callmehbob (also known as @Nightbarbie) says in an email. “Turns out, a lot of people were looking for the same type of a game too, and it exploded completely unexpectedly.”

Callmehbob started playing Roblox in 2007—yes, it’s been around that long—but it wasn’t until 2017, at the age of 22, that she decided to start developing a game for the platform. Despite no prior experience, she turned her hobby into a full-time gig: Royale High has been played more than 5 billion times. She says the key to success is replay-ability, including ways to earn money in the game, and making a game that you yourself would want to play.

“There are so many players on Roblox, you will find your special, perfect audience,” Callmehbob says. “I’m still shocked to see how many players have my same mindset and like the same things as me.”

In Royale High, I attend English class in a school that resembles a castle. There’s an interactive spelling test (10/10 for me), then I rush to get the right book from my locker before chemistry. Later, I get ready for a dance by bathing and choosing a new outfit. After dancing around and drinking punch, I’m touched when I get voted king of the ball, a prize that comes with a bouquet of flowers and 500 diamonds.

“Developing Royale High has been a constant balancing act between making fun games to earn currency and creating fun shop items to spend that currency on (giving players a goal to work towards),” Callmehbob says.

There’s a delightful sweetness to Royale High, and it includes a wider magical world to explore beyond the school. At one point, my daughter and I discover a forest clearing with a campfire and all the ingredients we need to make smores. There are various mini-games and ways to find or earn currency you can spend on fabulous outfits and accessories.

Level Up with the Games Newsletter

Sign up for the latest gaming tips, reviews, and features, in your inbox every week.

“I think we helped contribute to bringing a whole new wave of people, by making a more feminine game, a style/genre I frequently search for and want to play but is somewhat difficult to find,” she says, talking about the growth in Roblox players. “Shout-out to the other female-oriented games before me that paved the way!”

This kind of gameplay is underrepresented in the wider games industry, which is still male-dominated, even though half of all gamers are female. There are countless violent or competitive games, but many people prefer a gentler pace or a different kind of gameplay.

Another of my daughter’s favorites is Dance Off, which is a mix of dance and fashion that challenges you to pick an outfit and hairstyle before taking to the stage for a performance. Each player rates the others to decide the winner. It’s repetitive, but perhaps that’s part of the appeal. My daughter has played it enough to have a Popular status. (“Popular” floats above her head while “Novice” floats above mine.)

“I have very fun childhood memories replaying games over and over again,” Callmehbob says. “Knowing what to expect can be very comforting, especially in a young person’s life, where they might be going through uncertain, rocky waters.”

First released in 2006, Roblox has grown steadily, but it surged during the lockdown in 2020, adding around 50 million monthly active users and 5 million active creators. The developer community is set to earn somewhere around $250 million for 2020, up from $110 million in 2019. While most creators are amateur Roblox players, some like Callmehbob have turned it into a full-time job, and the platform has also begun to attract professionals, like Swedish game studio the Gang.