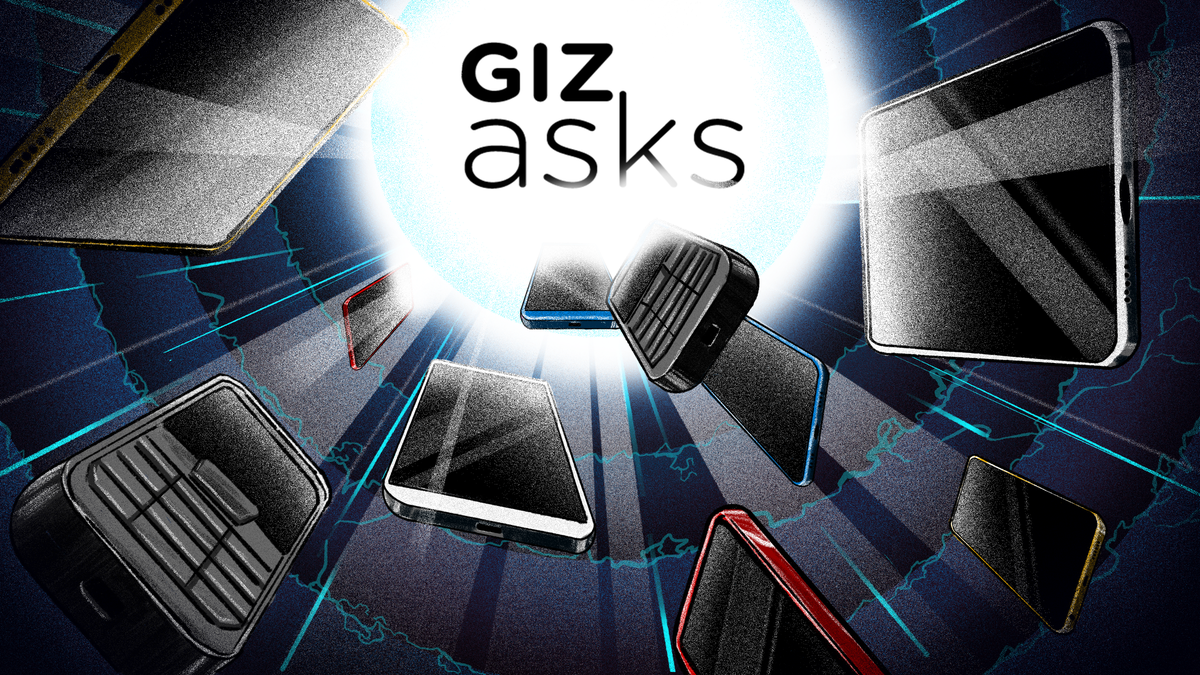 If you’d asked a panel of experts 10 years ago what smartphones would look like in a decade, you’d have gotten all kinds of wild responses. Recall that in 2001 the biggest thing in cell phone technology was the Nokia 8250, the chief selling point of which was its colorful display. Instead of black-and-white, this phone’s screen was blue. At the time, this was huge. Looking back, it’s startling that we went from that to the iPhone in just six years. Given an evolutionary leap of that magnitude, who could say then what would happen given another 10? Will smartphones, as we know them, even exist?

For this week’s Giz Asks, we polled a panel of experts on what the smartphone might look like another 10 years from now, and they were optimistic that things would change substantially. How substantially? Read below to find out.

By and large the phone as we know it is an artifact dictated by the technology of the early-to-mid 2000s. We don’t want the black boxes in our bags and pockets. We want access, communication, and connection. As the technology advances, so does the form and capacity of our devices.

The future of the smartphone—or connection device(s)—will likely rely on more deeply engaging us sensorially as humans. As virtual and augmented reality (VR/AR) becomes a truer, more holistic extended reality (XR), then the capacity for overlaying and enlarging our actual reality and social networks with sight, sound, tactile, etc. experiences is vast. Flexible materials, scalable displays, retinal and holographic projection, smartwatches and glasses, and bionic implants already exist. In 10 years they will have been refined and expanded in the same way the phone has been over the past decade. Likely faster. When you overlay advances in facial (human) recognition, wireless connections, and quantum computing, means of connection can be embedded everywhere. We reach a point where we may no longer need to carry devices at all.

Sounds cool, right? I would be remiss if I didn’t also point to the fact that, like many people, I struggle with what I perceive as a substantial smartphone addiction. It is the first and last thing I touch every day. I wonder if there will come a point when we humans decide that we can subsist, even thrive, without being so constantly connected, tracked, quantified, stimulated, informed, and engaged. When it comes to dopamine, humans are not the best at making decisions in our and our planet’s best interests.

“I wonder if there will come a point when we humans decide that we can subsist, even thrive, without being so constantly connected, tracked, quantified, stimulated, informed, and engaged.”

UX designer and the co-author of User Friendly: How the Hidden Rules of Design Are Changing the Way We Live, Work, and Play

My job is basically to draw up concepts for how we might use our phones and devices 2-5 years from now.

In ten years, it’s an open question whether the smartphone will still be the one device to rule them all.

Some time ago, we migrated to the mobile phone from a world where the desktop computer was the focus of all our computing. In many ways, the mobile phone almost replaced or supplanted the desktop computer—it didn’t necessarily augment it. Those two things, desktop and mobile, still operate in parallel and duplicative ways. You might perform the same task on both devices, but fundamentally you’re operating in parallel worlds.

Yet from the very beginning of the foundational era for personal computing, people have had a different vision—a vision for a world in which you’re surrounded by a universe of objects. These objects are not necessarily general computing devices; they might just be the thing that’s closest at hand and most natural to use at that moment but still offer you everything you need. This would be a world of thin clients—basically, interface devices that don’t necessarily have all the computing power within them, but that use the cloud to deliver the apps and services you need.

This is the forking path, in my opinion. Down one of these paths, the smartphone continues to be a central hub for all our services, containing everything you care about. This phone is tethered to a bunch of devices—your car, your earbuds, etc. Down the other, the phone is just another thin client, another interface paradigm. It may still be the most dominant, or at least the most ubiquitous, but your identity will be abstracted away from the actual phone.

An obvious example of what this might look like would be the movie Her: you see a kind of where the OS is a continuous, responsive presence, which he accesses by picking up whatever device is close at hand as he moves through the world. The OS doesn’t exist in any one of these things—it exists in all of them, drawing from some central, non-local repository. This is a pretty good illustration of the vision of ubiquitous computing that has been around for 40 years.

That said, there are a lot of business incentives right now to tether people to their phones. A lot of companies have a vested interest in keeping this model. Which way things will go remains to be seen.

Normally $2,300, the TCL 6-Series boasts a 4K QLED screen with Dolby Vision and HDR10+ and access to thousands of apps on Google TV.

“It may still be the most dominant, or at least the most ubiquitous, but your identity will be abstracted away from the actual phone.”

Right now, our phones interact with absolutely everything around us—we have smart watches, biometrics devices, QR codes, smart home devices, etc. As the technology that was once limited to the smartphone is disseminated into other products, your phone will ultimately become the bridge or interface into the augmented environment that we are slowly becoming a part of. The smartphone, over the next decade, will become your key to the augmented world of the future.

There’s a lot of stuff going on right now with nanotechnology—trying to coat lithium ion with nitrogen. By coating it that way, you get higher energy density in a smaller package. It also stops the production of dendrites, which is what causes batteries to fail. So the soon-to-shrink platform of the battery itself is going to let the phones themselves get smaller and become more a part of our everyday fashion. The phone’s shape and size will absolutely be getting smaller, work longer while charging faster.

It’s also important to note the Right to Repair movement coming out of Europe, which among other things is trying to force Apple to use USB-C connections, etc. Right now, we’re stuck in the business model where each year you’re expected to spend upwards of a thousand dollars on a device. But that doesn’t work for everybody. Inevitably, if Right to Repair gains ground, it will shape the way that phones are made.

If you’re talking about smart phones in areas where there’s a developing infrastructure—the outlaying of 5G or satellite technology for bi-directional communication—there are entirely different strategies for how information is going to move, with a smartphone being the gateway to education, communication, and financial transactions.

“Inevitably, if Right to Repair gains ground, it will shape the way that phones are made.”

Do you have a burning question for Giz Asks? Email us at [email protected]