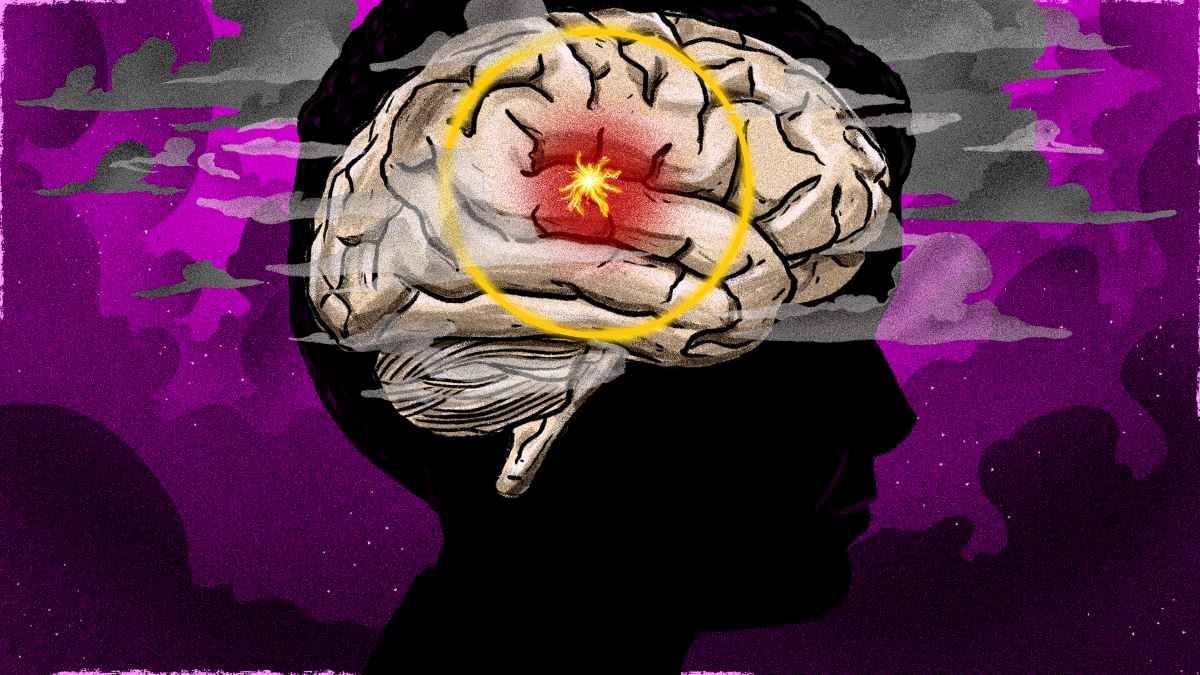 There’s a reason why parents have, in recent years, started insisting that kids wear helmets while riding bikes or scooters, and why many have become more hesitant before signing them up for Pee Wee football. We’ve learned a lot about concussions in recent years and, as parents, we’d really rather our children not experience head injuries.

A concussion can’t always be avoided though, especially in athletic situations and even if they are wearing a helmet during high-risk activities. That’s why it’s important to have a basic understanding of a concussion’s symptoms and treatment plan, should your kid ever find themselves sidelined.

First of all, what is a concussion?

So that we’re all on the same page, it’s helpful to start with a basic definition of a concussion, provided to us by the Centers for Disease Control and Prevention:

A concussion is a type of traumatic brain injury—or TBI—caused by a bump, blow, or jolt to the head or by a hit to the body that causes the head and brain to move rapidly back and forth. This sudden movement can cause the brain to bounce around or twist in the skull, creating chemical changes in the brain and sometimes stretching and damaging brain cells.

Medical providers may describe a concussion as a “mild” brain injury because concussions are usually not life-threatening. Even so, the effects of a concussion can be serious.

In this video, pediatrician and researcher Dr. Julie Gilchrist describes a concussion as, “a change in how the brain functions, so it’s not a structural injury; it’s a functional injury”:

It’s also important to note that concussions can—and most often do—occur even if the injured person doesn’t lose consciousness.

Symptoms to watch for

Kids and teenagers most commonly get concussions from playing sports (particularly football, ice hockey, lacrosse, soccer, and field hockey, according to The Nemours Foundation). But they can also result from a car or bicycle accident, a fight, or a fall.

Symptoms may occur right away, or they may develop hours or even days after the injury happens. Dr. Sherilyn W. Driscoll writes for the Mayo Clinic that symptoms can include:

When do you consult with a doctor?

If a child is injured while playing sports, a coach or trainer may do a few simple tests on the sidelines to check their attention, memory, and speed of thinking before allowing them back in the game. If there is any sign of injury, they will need to see a doctor before resuming play.

But, in general, when it comes to possible concussions, it’s always better to play it safe and consult with their pediatrician or a neurologist. As Amy Paturel writes for the American Academy of Neurology:

The key to determining whether post-concussion brain changes will be life-altering or just temporarily mind-numbing is to ensure that every child who gets hit—whether knocked out or not—receives a comprehensive neurologic evaluation, including an assessment of cognition, balance, and coordination, a physical exam, and a complete medical history, including family history of neurologic conditions such as migraines. Unfortunately, in the vast majority of concussion cases, that isn’t being done, says Dr. [Jeffrey] Kutcher.

Even with a post-concussion evaluation, the impact of injury isn’t always easy to assess. A concussion doesn’t cause bleeding or bruising, and diagnostic imaging tests like computed tomography scans and magnetic resonance imaging almost always come back normal.

Kids with concussions will heal at varying rates, but treatment is likely to include rest from both physical and cognitive activities. Anything that requires too much physical activity or concentration can exacerbate symptoms, especially early on. As symptoms ease, they’ll be able to gradually add those activities back in—but if, as they ease back into them, a symptom such as a headache reemerges, they should take a break.

They will likely need to take a couple of days off from school, but once they return (whether virtually or in person), work with their teacher or school administrators to establish a lighter workload as they ease back in.

Rely on their doctor’s recommendation for whether they are okay to drive and when it’s safe to return to any physical activity that could lead to another head injury—if they return before they are fully healed, they’ll be at a higher risk for incurring another, potentially more damaging concussion.