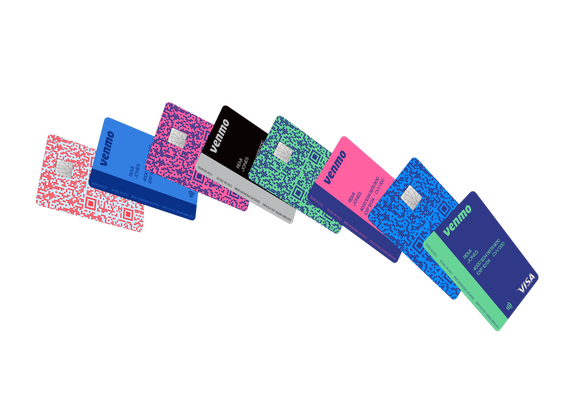 Last October, Venmo announced it would launch its first credit card sometime in 2020. Today, the PayPal-owned company is making good on those promises with the debut of the Venmo Credit Card, initially rolling out to select customers. The Visa card offers 3% cash back on eligible purchases, personalized rewards, and tools to track and manage finances. However, what makes the card potentially appealing to Venmo’s younger user base is how the card is directly integrated into the Venmo mobile app.

Cardholders will be able to track their spending in real-time, organized by category, plus split and purchases, view their cash back status, make payments and manage their card directly in the Venmo mobile app. They can also opt in to receive real-time alerts when purchases and payments are made, much like other credit card and banking apps allow for today. And they can receive alerts when cash back is applied to their account.

Instead of offering a certain percentage in cash back rewards to all Venmo users by category, for example, or as Apple Card does by vendor (at its top tier), the new Venmo Card rewards system will be personalized.

Users can earn rewards from 8 different spending categories: Grocery, Bills & Utilities, Health & Beauty, Gas, Entertainment, Dining & Nightlife, Transportation, and Travel. Users will earn 3% back on their top spending category, 2% from the second highest category, then 1% on all other purchases, the company says.

That’s a competitive offering compared with other cash back cards, given that the Venmo Card doesn’t include an annual fee. However, the card does charge other typical fees — like for cash advances, late and returned payments, and interest. Currently, the APR ranges from 15.25% to 24.24%, based on the account holder’s creditworthiness.

While Venmo doesn’t incentivize touchless purchases, as Apple Card does by paying out a higher cashback percentage for Apple Pay transactions, Venmo’s card does come equipped with an RFID chip for tap to pay transactions at point-of-sale. This is not entirely contactless, but requires less contact than inserting the card into a chip reader which can often require the user to hold the terminal steady with their other hand so it doesn’t swivel.

The new card also allows users to begin shopping virtually before their card arrives in the mail. And if the card becomes lost or stolen, it can be instantly disabled from within the Venmo app. Through Visa, the card includes Visa Traditional Credit Card benefits, as well as travel and lifestyle perks for Visa Signature cardholders. 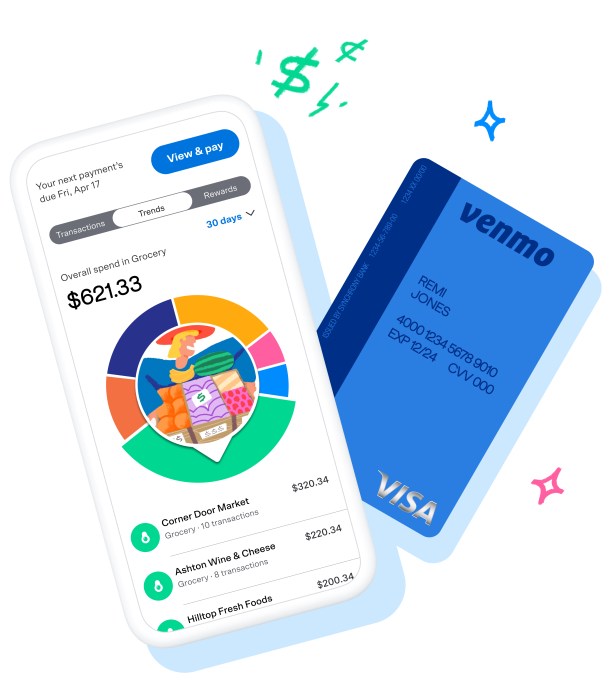 Given that personalized cards are in demand among millennial users, Venmo Cards are offered in 5 different colors and come emblazoned with the user’s own Venmo QR code on the front, making each card unique. This allows users to scan a friend’s card with the Venmo app when they want to send a payment or split a purchase.

Venmo already offers a Mastercard-branded debit card for its users — an offering it launched to target is millennial customer base, who tend to avoid credit cards as they’re worried about becoming trapped in the vicious credit-and-debt cycle. However, as many millennials are now finally starting to marry and buy their first homes, they’re coming to realize that establishing a credit history matters. But they may still shy away from big banks, preferring alternative credit products, like credit cards that work like debit or perhaps Venmo’s Card, as it’s tied to a money management app they already use and rely on.

Venmo in Q2 said it had over 60 million active accounts using its payments app — meaning those accounts who had completed a transaction within a 12-month timespan. It declined to say how many have since adopted its debit card to date. The company also reported $37 billion in Venmo payment volume in the most recent quarter. That means Venmo sports a large and active user base that it can upsell the new card to from within its free, peer-to-peer payments app, instead of only relying on external marketing.

As earlier reported, the Venmo Card is issued by Synchrony Bank, which is today known for powering a number of store cards, including those from Amazon, eBay, JCPenney, TJX, Stein Mart, American Eagle, Gap, Old Navy, Rooms to Go, Lowe’s and many others — around 100 cards, in total. The company has financed over $149 billion in sales and has 75.5 million active accounts, according to its website.

At launch, Venmo is making the new card available to select customers via the Venmo mobile app. It says the card will be available to all in the U.S. in the months ahead.