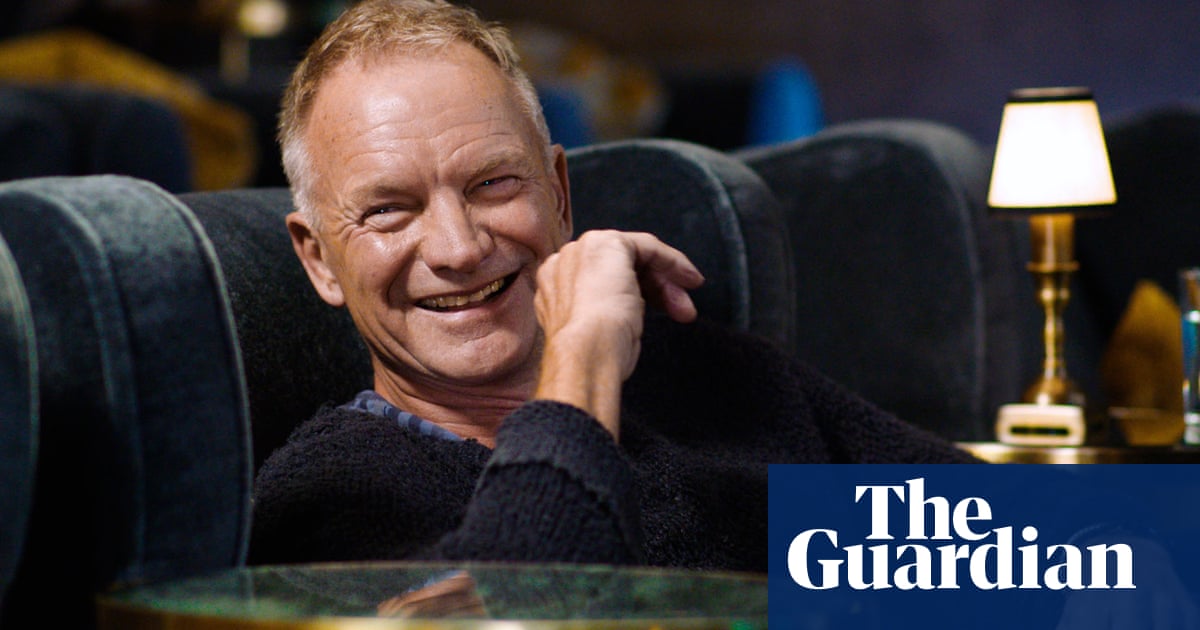 A cheerfully nostalgic documentary that sees Gordon Sumner, AKA Sting, the former geordie primary school teacher made good, sit down with Dermot O’Leary in an empty cinema and ponder some nicely chosen clips telling the story of his life. There’s a formative trip to New York. A play-fight with one of his Police bandmates that starts to look a little bit more fight than play. The once-in-a-lifetime buzz of Live Aid. And, eventually, a Police reunion, with decidedly mixed feelings all round. Phil Harrison

At time of writing, the delightful Rose Ayling-Ellis was the bookies’ favourite. But by this stage in the contest, anything can happen. The competition has been of an exceptionally high standard this year – as Tess Daly and Claudia Winkleman present the semi-final, a spot in next week’s final feels achievable for almost everyone. PH

More military history from that renowned military historian Dermot O’Leary, this week examining the 48 hours before the Battle of the Somme. O’Leary visits a reconstructed trench and meets the descendants of a soldier who survived the carnage. Meanwhile, Lucy Betteridge-Dyson meets a bomb disposal team who are still uncovering shells. PH

The Mountbattens: A Scandalous Marriage

When the great-grandson of Queen Victoria married a millionaire heiress in 1922 they became a formidable power couple. But Louis Mountbatten and Edwina Ashley’s union was an open marriage that generated endless society gossip, even if their social clout kept most indiscretions out of the papers. This film revisits the torrid story. Graeme Virtue

If you somehow failed to secure a ticket to this pair of sell-out popaganzas at London’s O2 Arena, Sky has two highlights packages – there’s another on Sunday night at 10pm. On the bill across the weekend are Coldplay, Years and Years, Lil Nas X, Ed Sheeran and Justin Bieber. Jack Seale

An intriguingly motley crew of guests this week, as Usain Bolt, Joanna Lumley, Holly Willoughby, Jamie Dornan and Shalom Brune-Franklin (Our Girl, Line of Duty) settle down on Wossy’s armchairs. Damon Albarn of Blur and Gorillaz fame provides the soundtrack to this most random of TV chatshow gatherings. Hannah J Davies

For those unable to catch Jessie Buckley on stage in London in Cabaret, this 2019 film is more than enough evidence of her singing talent. She plays Rose-Lynn, a would-be country singer released from prison and returning to her two young children in Glasgow. The strain between her desire to make it big in Nashville and her parental responsibilities is constant, and her mother (a nicely underplaying Julie Walters) is left to deal with the fallout. Buckley is exceptional here, in her element on stage but giving coherence to Rose-Lynn’s wilfully destructive streak off it. Simon Wardell

Kill Bill: Volume 1 (Quentin Tarantion, 2013), 9pm, TCM Movies
You could never accuse Quentin Tarantino of cinematic restraint, and his 2003 action film (split into two halves) is the apogee of his maximalist approach. Largely a homage to the Shaw Brothers’ martial arts films, but also chucking in blaxploitation movies, spaghetti westerns, the samurai genre and anime, it stars Uma Thurman as the yellow-jumpsuited Bride. Betrayed and left for dead by her fellow assassin squad members, she takes revenge in bloody fashion. Vivica A Fox and Lucy Liu are her targets in a stunning flurry of slicing and dicing. SW