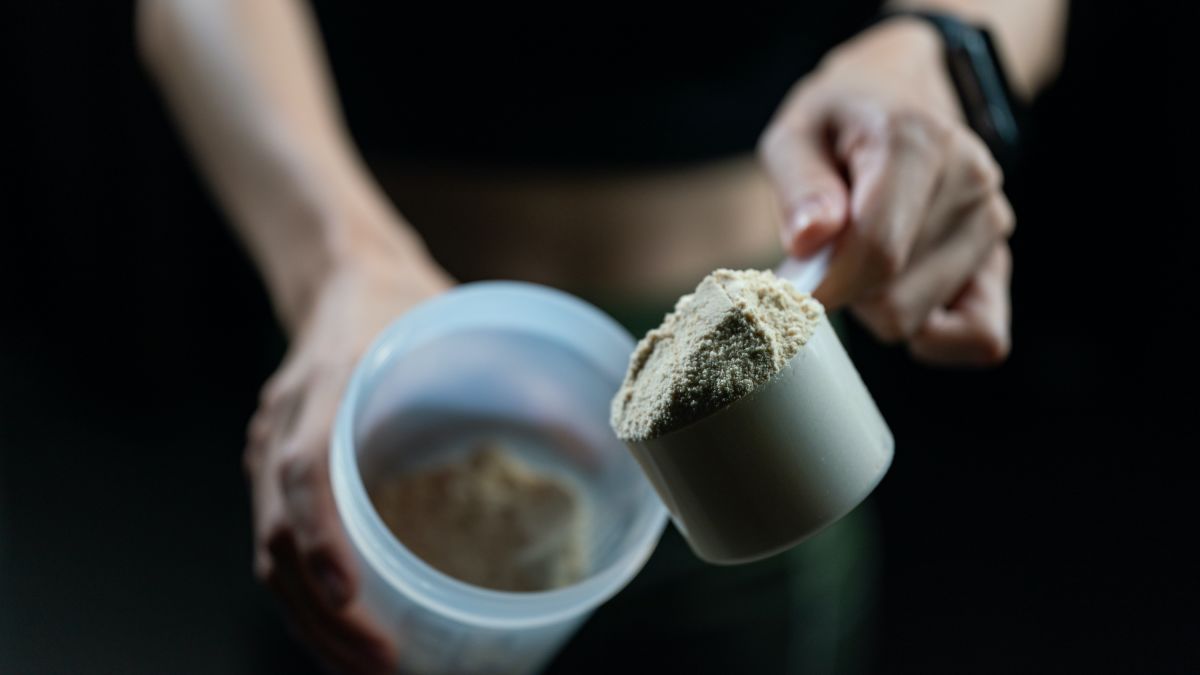 Gels, bars, sports drinks, and shakes are all wonderful inventions, letting us get the right nutrients in our bodies at the right times while we’re working out. But regular plain old food works just as well, in many cases—and it’s often cheaper.

What to try in place of gels

If you go for long runs or bike rides, gels (like Gu) or sports chews (like Clif Shot Bloks) can provide some easy carbs while you’re moving. But since they’re basically just sugar, you can easily substitute any other easy-to-eat carb.

I learned from the other runners in a marathon training group that fruit snacks are an easy, cheap substitute for the gels we kept downing. Go to the cereal section of the grocery store, and you’ll find them prepackaged for kids’ lunchboxes.

Almost any kind of candy can work, honestly; just find something with about the right amount of carbohydrate (you’ll want around 30 to 60 grams of carbs per hour after the first hour, depending on your body size) and not too much fat or protein. Starchy foods count, too; pretzels and gummy bears both supply mid-workout carbs.

Make sure you’ll be able to eat it while on the move; for many of us that rules out anything that takes a lot of chewing or that will crunch and splinter as you eat it, like chips. Some trail runners love raisins. Just make sure to try new things a little at a time, in case your pick doesn’t agree with your gut.

What to try in place of sports drinks

A drink like Gatorade does three things that water doesn’t: it provides you with carbs (sugar) for intra-workout nutrition; it provides sodium to replace the salt that you’re sweating out; and it typically provides a few other electrolytes, like potassium.

If you’re not working out long or hard enough to lose a large amount of sweat, water is probably fine. For carbs, see our suggestions above for candy or starchy foods.

When it comes to electrolytes, you have options. Watering down Gatorade tends to be easier on your stomach, if you’re drinking a lot of it. You can also use an electrolyte powder or tablet, like Nuun or Liquid IV. But what if you want electrolytes from real food?

Fortunately, most of us don’t need to work too hard to replace electrolytes. If you’re just exercising for an hour or two, water is enough and your next meal should be able to supply sodium and potassium just fine. If you’re concerned, though, a salty snack like pretzels or chips can provide carbs as well as sodium. And a banana has 422 milligrams of potassium, compared to 30 milligrams in a serving of sports drink.

What to try pre-workout

If you just don’t feel at home at the gym without a scoop of fruity, caffeinated powder beforehand, it’s going to be hard to replace that exact feeling. Many pre-workouts contain beta-alanine, which can cause an itchy-tingling sensation in your skin; I can’t think of a food that does that.

But the main reason many people use a pre-workout is for the caffeine. That’s what’s behind the idea of using it for an “energy” boost. You can easily replace pre-workout with any other source of caffeine, though, like coffee.

Just check the amount: a scoop of C4 contains 150 milligrams of caffeine, which is roughly a cup or a cup and a half of strong coffee (coffee’s caffeine content varies with the bean, the roast, and other factors, so it’s hard to pin down precisely).

You can choose the bar or the shake for convenience, but don’t think that the amount of protein you’re getting is anything special. A three-ounce serving of chicken breast, about the size of a deck of cards, has 27 grams of protein; an egg has six; a can of tuna has 20; a small container of nonfat Greek yogurt has 17. So serve yourself any of these protein-rich foods (or another of your choice) and you don’t need the bar or the shake.