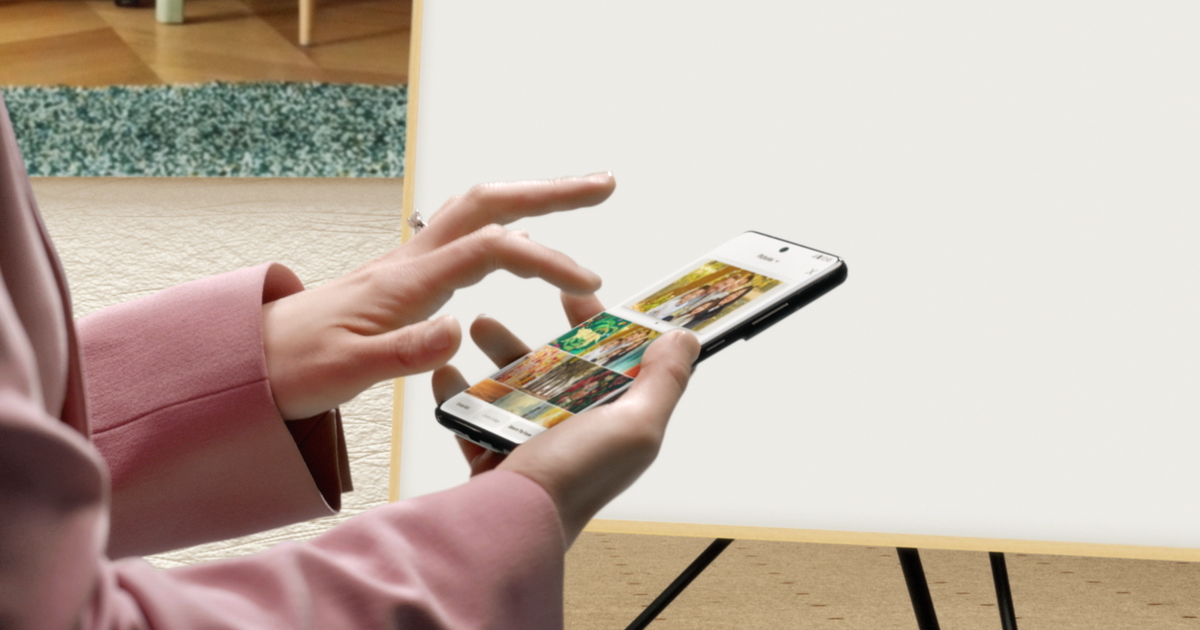 
PCMag.com is a leading authority on technology, delivering Labs-based, independent reviews of the latest products and services. Our expert industry analysis and practical solutions help you make better buying decisions and get more from technology.

TikTok is coming to Samsung TVs across the world, Samsung revealed during a Tuesday event that highlighted various updates coming to its TVs, particularly its unique lifestyle lines.

To start, Samsung tipped a global rollout of the TikTok app on its TVs, following a limited release in Europe last year. The company has not announced a specific timeframe for the TikTok launch, but says it will come out “soon” on Samsung smart TVs, including The Sero lifestyle TV.

The Sero is a particularly appropriate TV for TikTok, since it can automatically rotate between landscape and portrait orientation. This feature was originally designed for phone screen streaming, but it’s ideal for TikTok videos. Samsung also announced Apple AirPlay 2 support for the Sero will soon support portrait orientation streaming.

Samsung’s customizable The Frame TV is getting plenty of new options, too. The TV is designed to look like a framed picture, and for 2021, it will have five different bezel options. Its internal storage has been increased from 500MB to 6GB, making it capable of holding up to 1,200 4K resolution images for the TV’s art gallery feature. A new My Shelf accessory will also let users attach a shelf to the sides, top, or bottom of The Frame TVs.

New screen-size options are also coming for different Samsung TVs. The company’s weatherproof The Terrace line is getting a 75-inch version, one of the biggest consumer TVs that can be mounted outside.

The long-anticipated MicroLED TV, previously announced in 110-, 99-, and 88-inch versions, will also be getting a 76-inch model in the future. Pricing has not been announced for the MicroLED, but it will likely be expensive; speculated prices for the 110-inch model have extended into the six-digit range. The 110-inch and 99-inch models will be available later this month, and the 88-inch version will ship this fall (the 76-inch model doesn’t have a hard launch date).

For business use, Samsung announced that the Interactive Display Flip digital whiteboard will also be available in a 75-inch version.

On the gaming side, Samsung announced that its QLED TVs are now the official TV of Xbox Series X in the US and Canada. More technically notable, Samsung’s Q70A 4K TVs and up, along with its The Wall TVs, will support AMD FreeSync Premium Pro for PCs and consoles. According to Samsung, these are the first TVs to support FreeSync Premium Pro, which is usually exclusively a gaming monitor feature.

This comes after the launch of Samsung’s Game Bar feature on QLED TVs, which offers instant access to common gaming features, including Game Mode and variable refresh rate.