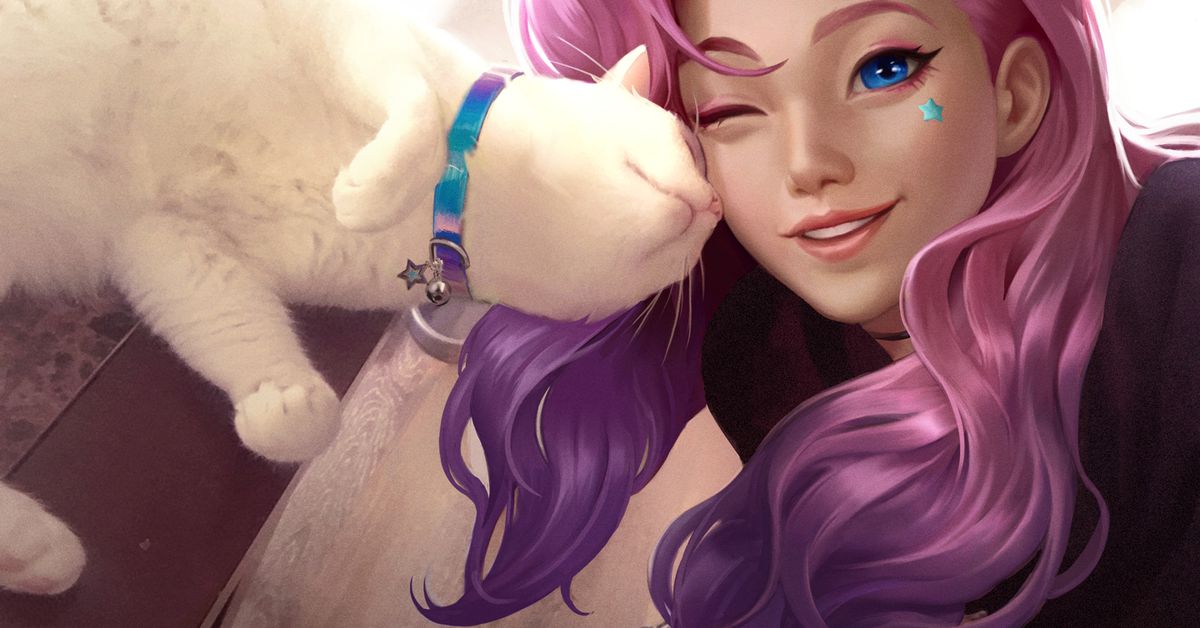 For the past few weeks, a new influencer has steadily grown in popularity. She has long pink hair, posts about her cat Bao and her clueless dad, has lots of fan art, and frequently retweets pieces of music that she loves. Her Instagram bio reads: “aspiring songwriter, professional feeling catcher.” Oh, and she also isn’t real.

Seraphine is a virtual influencer, though as her growing fan base quickly noticed, there’s something different about her. Her posts are filled with League of Legends easter eggs, and she released an acoustic cover of “Pop/Stars,” the 2018 League anthem from the virtual K-pop group K/DA. Now League developer Riot has confirmed that it’s behind the character.

In a statement, Riot says:

Seraphine is a digital influencer and artist in association with Riot Games. As a virtual artist, she will have many collaborators that help bring her to life musically, vocally, and artistically. As of June 2020, she operates three social media platforms (Twitter, Instagram, and Soundcloud) where she shares her music, thoughts on her daily life, and now, her collaboration with K/DA. Her initial partners, Jasmine Clarke, Absofacto, and Kosuke Kasza, helped voice and produce Seraphine’s covers and songs on social media.

Despite the clarification, it’s still not entirely clear what Seraphine is — though it’s not hard to guess. The collaboration with K/DA is obvious given that they are also a Riot creation. The timing is also right: the virtual group just released a new single, with a planned EP full of guest artists to follow. And with the League of Legends World Championships kicking off later this month, hyping up a musical act, which will likely be involved in the opening ceremonies, makes a lot of sense.

However, it’s not inconceivable that this could also be an elaborate reveal for the next League champion. Riot has made a recent habit of turning character announcements into huge events; when the developer released the long-awaited ronin Yone in July, it did so with multiple, gorgeous anime shorts. In this way, Seraphine’s lengthy social media reveal isn’t too out there.

It also fits into a long-running trend of virtual influencers, which occasionally cross over with the world of gaming. Recently, CG characters have released music videos at Lollaplooza and partnered with Ikea on installations, while in the past Final Fantasy characters have appeared as fashion models and in the pages of Maxim. Even Riot previously partnered with Louis Vuitton to dress up its virtual hip-hop group True Damage last year.

As for Seraphine, with Worlds quickly approaching, it’s likely we’ll hear more about how she fits into the League of Legends universe very soon.