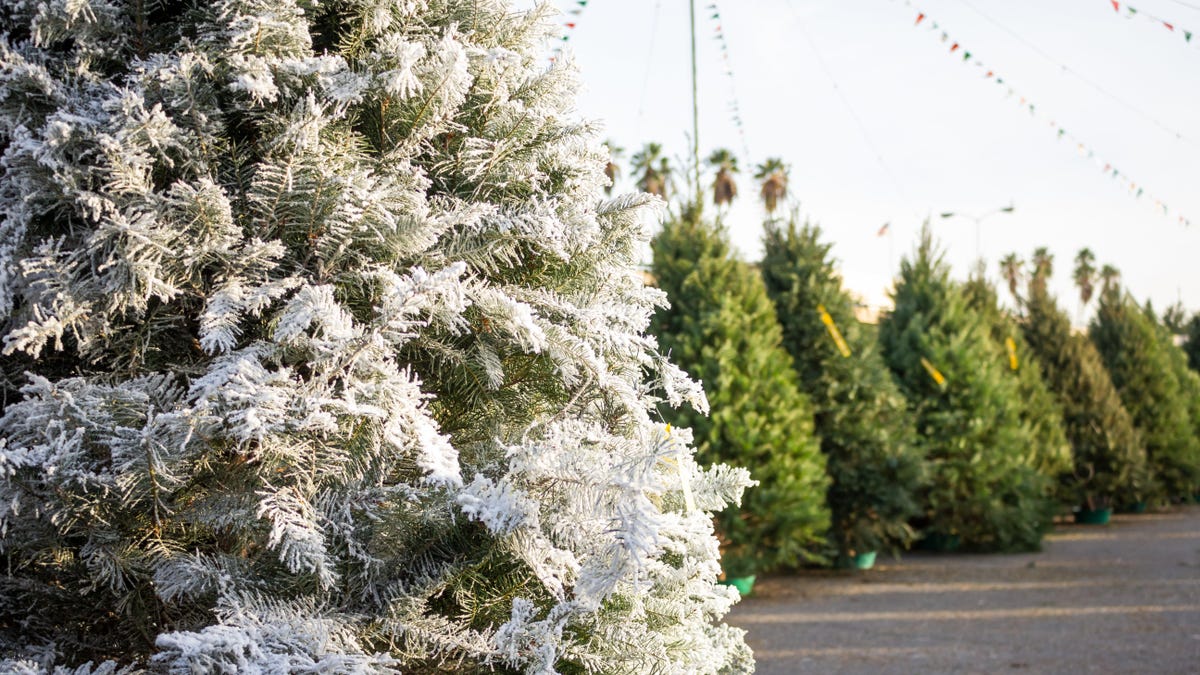 Most people go to the local Christmas tree lot with no idea what they’re looking for. Just embarrassing themselves, going, “Uhhmm, that one looks good, I think?” Do not be a Christmas-tree ignoramus any longer. Check out the list below so you can confidently walk up to that guy with the knit hat and rugged flannel and say, “I’d like a six-foot Scotch pine, tree-tender, sir; and make it snappy!”

If filling your home with that special Christmas musk is vital to your holiday happiness, you gotta go with a fir tree. Some people prefer the Balsan fir or a nice Fraser, but for my money, there is no tree more Christmas-smelling than the Douglas fir. Its sweet, strong, piney scent confidently announces, “It’s Christmas, asshole” to all.

If you love Christmas, but you hate sweeping up piles of tree leavings, the Scotch pine is the tree of your dreams. These babies hold onto their needles with something resembling desperation—they’ll keep their needles even if you don’t put them in water. The tradeoff: Scotch pine needles are sharp, so this might not be the best choice if you have kids who run their eyes into things.

A great addition to any home
Quiet, smart home-enabled, and easily portable

The strong branches of the Blue spruce will remind you of the solid arms of a sensual lumberjack. Your dream woodsman would never let even the heaviest of ornaments fall, and neither will the Blue spruce. The downside: Like a lumberjack, it doesn’t smell very good.

If you have to do Christmas just a little better than everyone else, I suggest getting a Korean fir this year. This tree’s exotic provenance—it’s native to Asia—silvery needles, and higher-than-average price tag offer endless opportunities to casually one-up friends who already barely tolerate you.

If you like an old-fashioned Christmas, you can’t beat a Balsam fir. The Balsam fir were the first American Christmas trees, harvested and sold by enterprising tree-heads to Scandinavian immigrants in Chicago and Milwaukee. They smell great, and they have the most iconic Christmas tree look. Downside: The branches are far apart so they can look a little sparse; also, this is a boomer Christmas tree, so it watches Fox News.

Best Christmas tree if you have allergies: Leyland cypress

If you’re allergic to tree sap, might I suggest a Leyland cypress? This dark green tree doesn’t produce any Christmas-y odor at all, and it does not produce sap. So if you have tree allergies (or just hate when your house smells like a pine forest) you can put up a Leyland Cypress instead of explaining to everyone that you actually love Christmas, even though there’s no tree in your house.

The Noble is the largest kind of fir tree; in nature, these suckers can grow to over 250 feet tall. So if you need to decorate a taller space, like the lobby at a depressing office building in an industrial court, or the stupid double-tall living room of your idiotic McMansion, get a Noble. They’re big!

Best Christmas tree if you just want to get this over with: Artificial tree

Some of us view the time between Thanksgiving and New Years as the “hassle season,” and just want it to be over. For us, there’s the artificial tree. Rather than spending Sunday paying a huge amount of money for a dead plant you’re going to throw out in a couple weeks, just drag the fake tree from the closet. Easy! While fake-Christmas-tree-technology has advanced to the point that better ones look almost real, there’s something to be said for the boldness of putting up an obviously artificial tree, like white, or silver ones.

They smell great. They have soft needles. They last a long time. They have that classic “triangle” shape that screams “Christmas.” There is simply no better choice for a Christmas tree than the Fraser fir, and I will defend that opinion with my fists if any of you mooks want to try me.