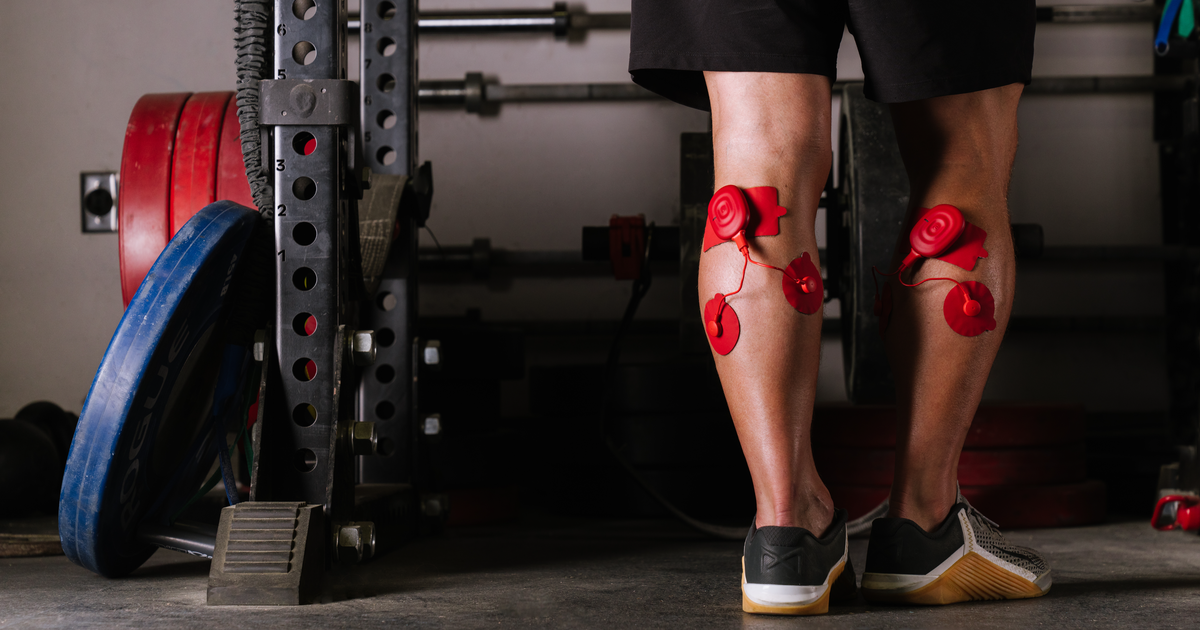 My local gym just recently opened back up for the first time since the pandemic began. I was extremely excited to get back in there after a year of getting almost no exercise and eating mostly takeout. Since the start of 2021, I’ve been trying to stick to a healthier diet and lifestyle, and regular visits to the gym were going to be a big part of that.

I’d be lying if I didn’t say I wasn’t also very freaked out, though. For one, I’m still trying to wean myself out of the mindset of “every place I go is an unsafe cesspool of germs” that the pandemic graced me with, so going into a communal space like a gym was going to be a huge mental hurdle. But in addition to that, I hadn’t really worked out in over a year, and I knew that getting myself back to a place where consistent exercise felt good was going to be quite a journey. Mainly, I wasn’t looking forward to the intense muscle soreness that comes with lifting weights again after a long break.

I am a 26-year-old with the joints and achiness of an 80-year-old, so post-workout pain has always been a big struggle for me. At its most mild, it’s kept me from truly achieving my target goals in the gym — at its worst, it’s had me bed-ridden. When I returned to the gym, I quickly found out that not much had changed. After an hour of intense exercise, my body was in agony, and the next day was even worse. Even the smallest movements felt like one of my limbs was going to pop right off of my torso. I knew this wasn’t going to be sustainable — not only was the pain already too much to bear, but I felt like I was really close to seriously injuring myself if I wasn’t more careful.

Is the Peloton App worth it if you don’t own the bike? We tested it to find out.

Which is when I came across the Therabody PowerDot 2.0. Mostly known for their massage guns, Therabody recently acquired the PowerDot brand and ushered it into their lineup of at-home physical therapy tools. Without getting too into the weeds, the PowerDot 2.0 is basically a portable electrical muscle stimulation device that uses NMES and TENS treatments to speed up muscle recovery and treat chronic pain. If you’ve ever visited a chiropractor or physical therapist, you’ve probably heard about this type of treatment before. Through forced muscle contractions, the PowerDot is supposed to promote increased blood flow in its targeted area and help soothe any inflammation. I was intrigued and had no intention of going to a chiropractor just yet, so I thought I’d put the PowerDot 2.0 to the test to see if it could deliver on its claims.

After a little over a month of using it, I can confidently say that the Therabody PowerDot could be an absolute game-changer for not just generally active people, but anyone who suffers from persistent aches and pains.

How the Therabody PowerDot works

The PowerDot will probably be intimidating at first to most people — you are technically shocking yourself. But, it’s really not as intense as it seems (not if you don’t want it to be).

Using the PowerDot is really simple — all you need to do is open up the companion app and pick the type of treatment you want: Performance, pain relief, and recovery are among your main options. Once you do that, choose the muscle group you want to focus on and place the included electrode pads on your body according to the app’s diagrams. Then, connect your PowerDot(s) to the electrode pads, pair them with the app via Bluetooth, and begin your session. That’s it — after that, you can edit the intensity level in real-time as your timed treatment runs its course. 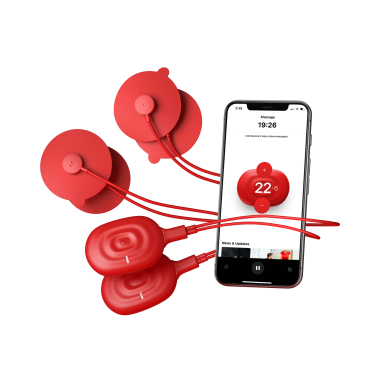 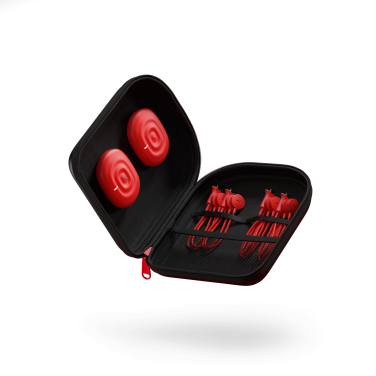 It comes with a super convenient carrying case.

During each session, I could feel my muscles contract (and see them do it, too, which is kind of strange to look at) as the electric pulse passed through them. It was a very weird sensation at first (bordering on discomfort, honestly), but I quickly got used to it, and it eventually became somewhat soothing to me, like a deep tissue massage. As an added bonus, the electrodes and wires hanging off of my body kind of made me look like a cybernetic superhero or something.

The PowerDot also allows for integration with certain health apps (Apple Health, Strava, and others) and tracks your workouts when you log them. The PowerDot app can analyze your workouts in turn, and design bespoke recovery programs for the muscles you use the most.

Okay, but does it actually help with muscle recovery?

I primarily used the PowerDot for post-workout recovery to help avoid muscle soreness and fatigue, and in that respect, the device completely delivered. I felt like I needed less downtime in between gym visits, and the usual intense muscle soreness that I was used to experiencing practically disappeared when paired with regular PowerDot sessions. Because of this, not only have I been able to fit in more workouts per week, but the quality of my workouts has significantly improved. I can run longer without my knees giving out, and I can perform more reps during lifting sessions.

I can run longer without my knees giving out, and I can perform more reps during lifting sessions.

I wasn’t all that surprised by how much the PowerDot helped me out when supplemented with my exercise routine, but what I didn’t expect was just how much it helped with my back pain. I often wake up with a dull ache in my lower back at the very least, and while the PowerDot hasn’t necessarily prevented that from happening, I have noticed that after a quick morning session, I don’t notice the aching feeling in my back that normally lasts well into lunchtime. Now, a cup of coffee and a quick rendezvous with my PowerDot is an essential part of my day. 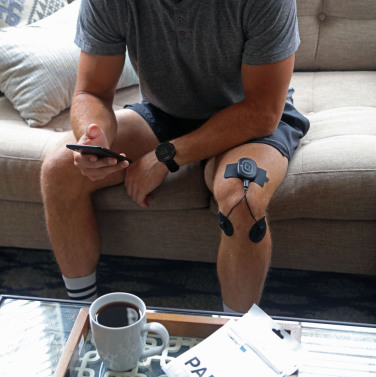 Wear it on the couch. 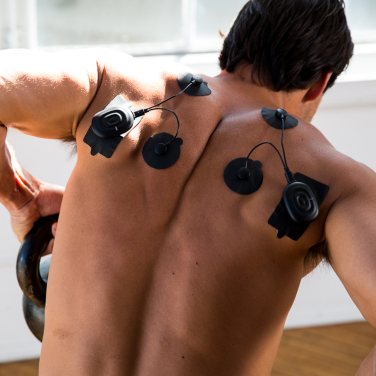 Or wear it during your workout.

The PowerDot 2.0 has the potential to be a massively helpful tool for athletes, generally active people, and anyone who deals with mild chronic pain (anything worse than that, and you’re probably better off speaking to a healthcare professional). While expensive, it’s well worth the money if you don’t have the time or funds to undergo TENS or NMES treatments with a chiropractor and want to try it at home safely — that being said, do make sure to read over all the instructions and advisories before you try the PowerDot for yourself (shocking yourself should not be taken lightly).

In my experience, the PowerDot 2.0 has made an appreciably positive impact on my day-to-day life, and I plan to keep using it whether I’m in the gym or lounging on the couch after a long day of sitting on an uncomfortable desk chair. That reminds me, I have to start my next session.