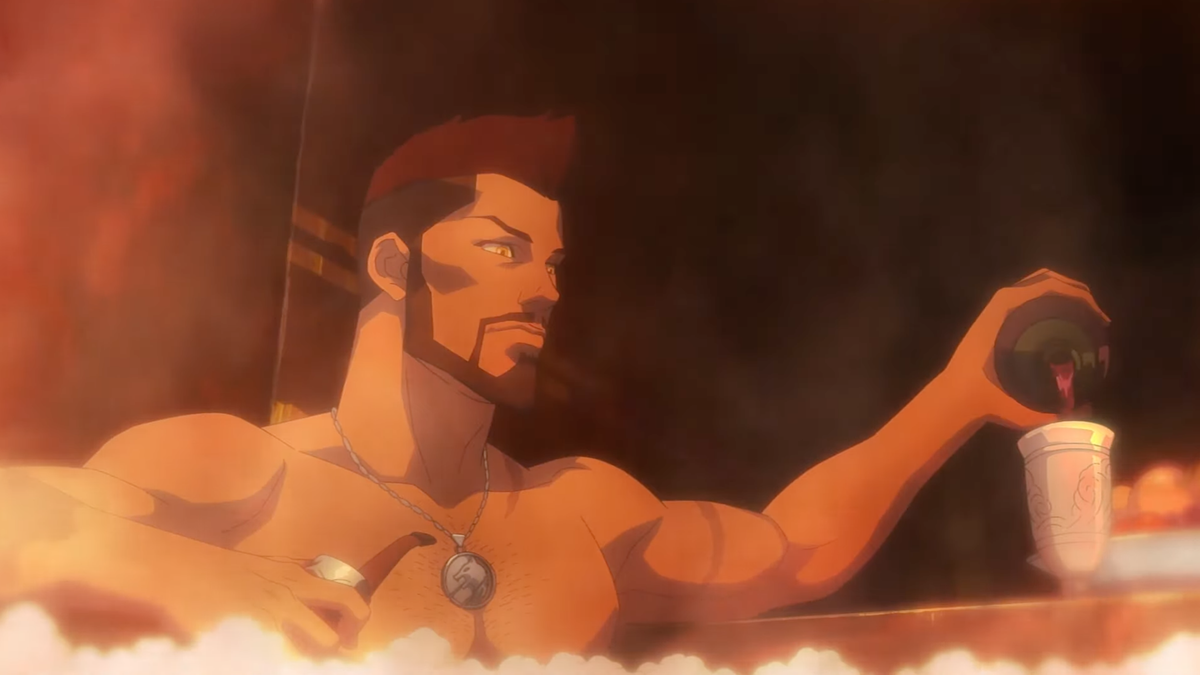 At this point, The Witcher franchise is probably best known for the impossibly catchy tune “Toss a Coin to Your Witcher,” sung by the bard Jaskier (Joey Batey) to a visibly annoyed Geralt (Henry Cavill). But before that, it was certainly the scene in The Witcher III video game, where Geralt takes a relaxing, sexy soak. Thanks to Nightmare of the Wolf, Netflix’s animated movie prequel, the tub is back in a very special way.

Nightmare is focused on the younger days of Geralt’s Witcher mentor Vesemir (voiced by Theo James), back when he was a charismatic, self-absorbed, mildly infuriating, and utterly badass warrior. He’s basically only into killing monsters for the money to subsidize his hedonistic lifestyle—a lifestyle that includes a hot bath, a bottle of wine, and a nice smoke. It’s a very quick scene in the movie… which is presumably why Netflix decided to reward Witcher fans with an hour-long video of Vesemir in his bath on loop.

To be fair, the scene isn’t nearly as sexy as Geralt’s bath in the game, and the video doesn’t contain the sublime joy of, say, an hour of Baron Zemo busting out his dance moves. However, it’s a fun nod to the Witcher bathtub fandom, which is not a sentence I expected to be writing today. Moreover, it’s kind of relaxing to watch, especially with its unbelievably smooth “Toss a Coin” cover. It’s almost meditative, in a way, to watch a sexy cartoon man slowly unwind from a day presumably full of slaying monsters.

Frankly, the only problem with the video, despite how soothing it is to watch, is that there’s a little part of my brain that is incredibly jealous that Vesemir is getting drunk in a bathtub right now and I’m not.

The Witcher: Nightmare on the Wolf is available to watch now on Netflix.