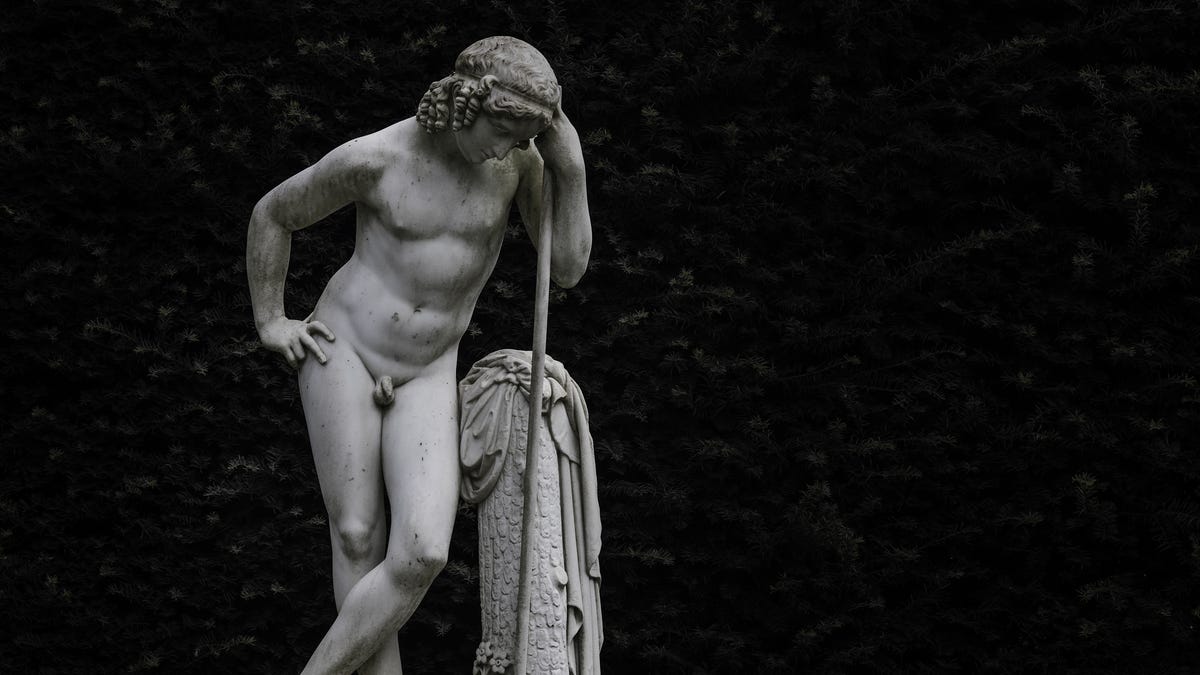 You’re likely never going to encounter anyone whose grandiosity rivals that of The Talented Mr. Ripley, but narcissists of all stripes walk among us. Regardless of their varying quirks, however, the better known hallmarks of a narcissist are largely the same; those who suffer from the condition often crave outsize attention in groups, have trouble expressing sympathy or consideration for others, and navigate the world with an overwhelming sense of entitlement.

Beneath the surface, though, there’s a wealth of subtlety when it comes to what defines a narcissist and their psychological motivations for doing what they do.

Narcissism stems from the Greek Myth of Narcissus, a beautiful young man who eventually fell in love with his own reflection, while rejecting the romantic advances of every young woman he encountered. Narcissistic Personality Disorder can be a broad field of classification, encompassing different kinds of destructive behavior that usually produces damaging results. Basically, NPD exists on a spectrum, and it might be hard for laypeople to differentiate between different kinds of narcissists.

Here’s how to understand the trademark tendencies if you ever cross paths with someone who exhibits them—because there can definitely be a lot of variance.

Exhibitionist or grandiose narcissists tend to walk through life blind to the plight of others, but in a way that suggests they’re larger than life. They’re more likely to have big personalities than most people you know and require attention and adoration commensurate with their extroverted nature.

And they can be totally endearing, too. In a recent interview with Health magazine, the University of Georgia psychologist Keith Campbell likened this type of person to a real life Tony Stark. “They’re sometimes likable, like a politician or a celebrity, and people look up to them, so they don’t have to be mean all the time,” he told the publication.

This is the kind of narcissism more commonly associated with business tycoons and others in the public eye. These people tend to brandish their own accomplishments quite a bit and often do it at the expense of those around them. In other words, they aren’t typically shy about their primary interest— themselves—and occasionally they use that narcissistic fervor as fuel to climb to very high places.

An understated narcissist, you say? Yes, actually. Though this kind of narcissism has some traditional facets in its repertoire—the need to constantly be affirmed, for starters—it’s ultimately a product of the narcissist’s lacking self-esteem.

Speaking with Business Insider in 2018, the therapist Elinor Greenberg explained that this particular type of person likes to glom on to the success, prestige, or status of something separate from themselves, like clothes or a car, for example.

When someone feels special because they have a designer thing on and other people can tell, that’s special by association. For closet narcissists, they usually have self-doubt, and they are looking for the person they can idealize.

Writing in Psychology Today in 2019, the University of Miami psychologist Berit Brogaard explained this in further detail:

As Dr. Craig Malkin points out in Rethinking Narcissism, vulnerable narcissists “are just as convinced that they’re better than others as any other narcissist, but they fear criticism so viscerally that they shy away from, and even seem panicked by, people and attention.”

This is the most extreme form of the condition, and often involves someone who actively seeks to hurt other people in emotional and occasionally physical ways. Though it isn’t formally recognized by the Diagnostic and Statistical Manual of Mental Disorders, (DSM-5), many researchers do recognize it as a more severe form of NPD. A 2010 study from researchers at the University of Auckland in New Zealand determined that malignant narcissism is a “severe personality disorder that has devastating consequences for the family and society,” despite being “largely ignored in psychiatric literature and research.”

There’s a reason that many academic studies have probed the links between malignant narcissism and violent crimes. As Greenberg told Business Insider, the malignant narcissist strives to sow chaos, as the condition applies to “folks who are perfectly fine destroying careers of other people, basically fine with just imploding people emotionally, physically, and spiritually.”

It can be difficult to parse the subtleties

The main issue for people who might come into close contact with a narcissist is not to jump to conclusions or hurl accusations. NPD is a psychological condition that’s always best diagnosed by a psychiatrist or certified mental health professional. What you can do, however, is understand how to deal with some of the behavioral patterns, like understanding how to talk to someone who’s gaslighting you, or if you’re being “lovebombed.” As always, the hope is that people suffering from NPD get psychological treatment, though that might be a difficult ask.