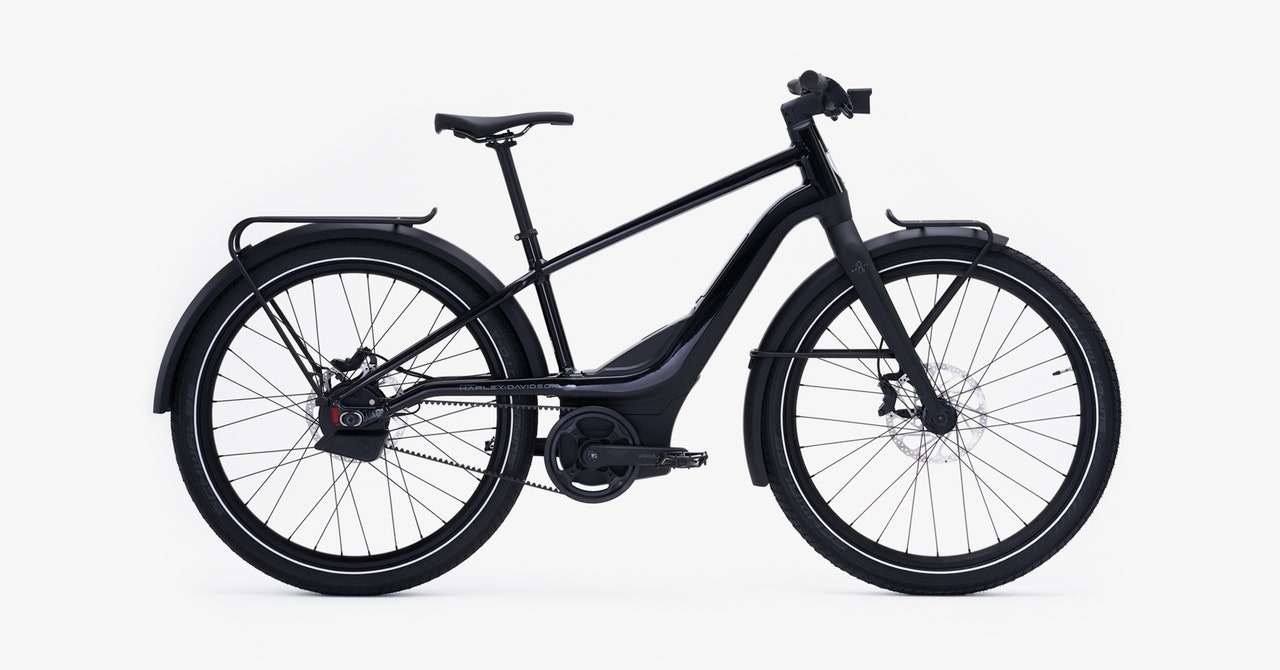 Harley-Davidson—that model of red, white, and blue swagger that fits somewhere between baseball and apple pie in the American pantheon of icons—started out by attaching motors to bicycles in 1903. Their first production model was the Model 1 (sometimes known as the Model No. 1), and the prototype bike that led to it is often referred to as Serial Number One. So when Harley-Davidson spun off a new brand dedicated to ebikes, what else could that bike be called but the Serial 1?

I looked forward to an ebike with Harley swagger. It would be a burly, brawling cruiser, I thought, or maybe a superlight performance bike. After all, Harley has made a few sporty motorcycles—specifically, the Sportster and the Buell—in the past. But instead of a fun, playful bike, Harley made a sensible light SUV instead. Instead of a cruiser, the Serial 1 is the Harley version of a Honda CR-V.

The riding position is upright and all business. This bike is a sensible grocery getter, not a sporty corner-carver. But you could probably tell that from the included fenders and the front and rear cargo racks. The racks are on the small side, but they’re still usable to carry pannier bags, and the fenders did a good job protecting me from road spray.

There’s an LED headlamp in the vertical head tube under the handlebars, which is a nice but increasingly standard touch, although not every ebike comes with one. There are also two taillamps integrated into the dropouts on the rear frame. They look cool, but they sit too low to the ground. Bikes’ taillights should be high so that traffic can see them more easily. Down there, it’s easy for drivers and other cyclists to miss the two tiny LEDs.

Other standard features include hydraulic disc brakes and a tiny storage compartment in the down tube is built to hold an Abus Bordo folding lock. It’s a nice touch, even though folding locks are my least favorite type of bike lock.

My review unit was a Rush/Cty model, a class 1 ebike without a hand throttle and whose electric motor cuts out at 20 miles per hour.  It uses a Gates Carbon Belt Drive system. Rubber belts have advantages over traditional metal chains. For one, they’re smoother and quieter. There’s less clanking and shock transmitted through the pedals to your feet, and they’re much less likely to pop off during a ride. Plus, you don’t have to lubricate a rubber belt, so you’re less likely to cake a pant leg in dirty grease, as you would with a chain.