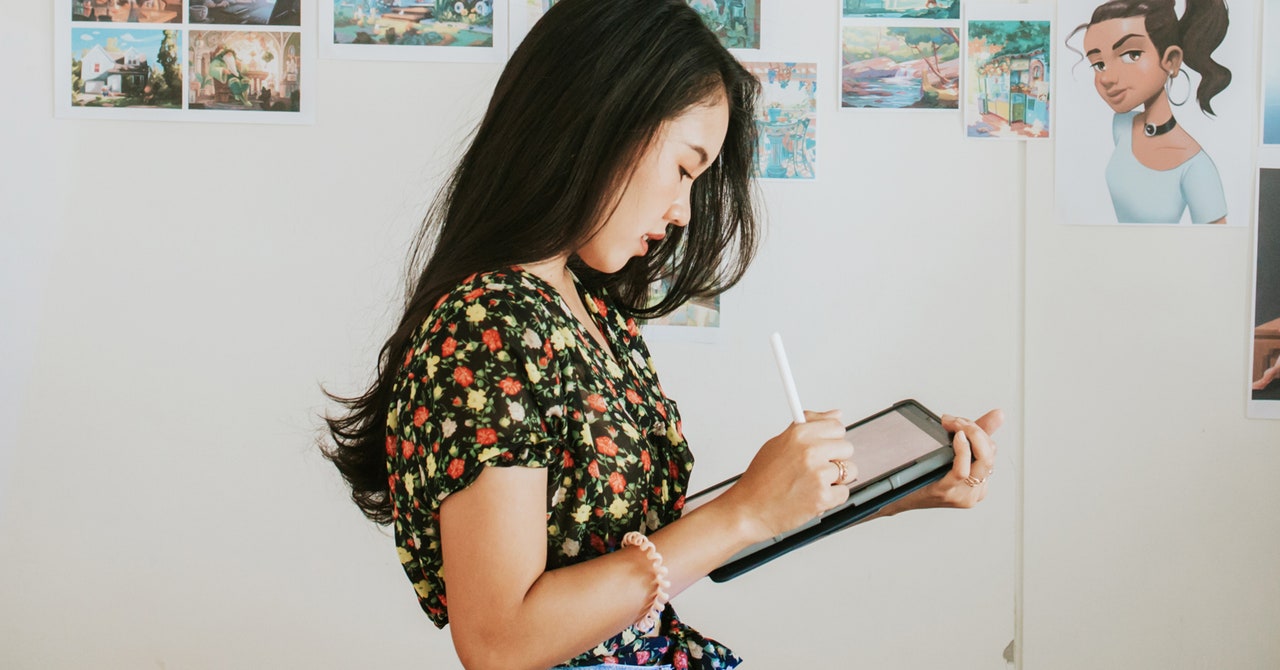 I fell for Among Us, the multiplayer social deduction game, hard and fast. While I hadn’t played any video games in over 10 years, now I was playing semiweekly and making fan art for the very first time. First it was a creepy theme song, then motivational posters, then Peep dioramas. I had gone from fan to fan artist in a blink of an eye.

What was going on? Why had I felt the need to make art in someone’s world, just as many others have done before me? Talking with experts in the field and other Among Us fan artists revealed that fan art has a lot of benefits for its creators, and even for other fans.

Many people may be familiar with commercial fan art, seen in artist alleys at comic book or other conventions. Others might have seen work on websites like DeviantArt or Tumblr. But fandoms are more than movie or book franchises. An object of fandom can include sports, brands, people, artists, and much more, Levine says.

Fan art is part of a spectrum of fan creation. There’s also fan fiction, which is writing within a world of fandom, or cosplay, which is dressing up as part of an imagined world of a fandom.

Building Skills by Having Fun

Lynn Zubernis, a psychologist and professor at West Chester University of Pennsylvania who has written extensively on fandoms, says it’s important to remember that not every fan makes fan art. But for folks who have that intense engagement with a fandom, tend to get inspired by it, and “want to interact with it in a different way,” Zubernis says, “you want to somehow make yourself part of the world that you have become engaged with.”

Some creators want to expand on the fandom itself through their fan art. For example, YouTuber 3D Print Guy, who created an animated horror trilogy of Among Us, had grown up with science fiction movies like 2001: A Space Odyssey and The Thing, and he decided he wanted to bring that same energy to the world of Among Us. In a phone interview, he explains that while he worked on the trilogy, he was surprised at how many stories could be told just on the Skeld, a spaceship map that is the smallest in the game, and arguably the most popular.

Fan art can also be a vehicle for honing or developing one’s craft. Levine explains that fan art allows people to “practice skills within a known universe. There are people who really want to get at the medium they are using, and the object of fandom makes it a better vehicle for personal growth in a skill.”

3D Print Guy says part of the motivation to make the videos was to learn those new skills with each video he creates. With his trilogy, he discovered he had to make more filmmaking decisions than he had in the past, such as using music that would impact the mood of the animation. And when it’s time to make more fan videos and other projects, he says, he’ll use those same skills in future videos.

Seeing Ourselves in New Worlds

Not only do fan artists tell new stories and learn new skills through their work (or more often, play), fan art can be a vehicle for exploring your own identity. In a research study with young fan artists worldwide, generally aged 14 to 24, Marjorie Cohee Manifold, professor of arts education and curriculum studies at Indiana University, reported that 70 percent of participants “described being drawn as fans to specific characters in narratives of popular culture because they saw desirable traits in the characters that they wished to possess or emulate.” In short, during a formative period of their lives, these people were drawn to worlds or characters that had characteristics they wanted to have in their own lives.