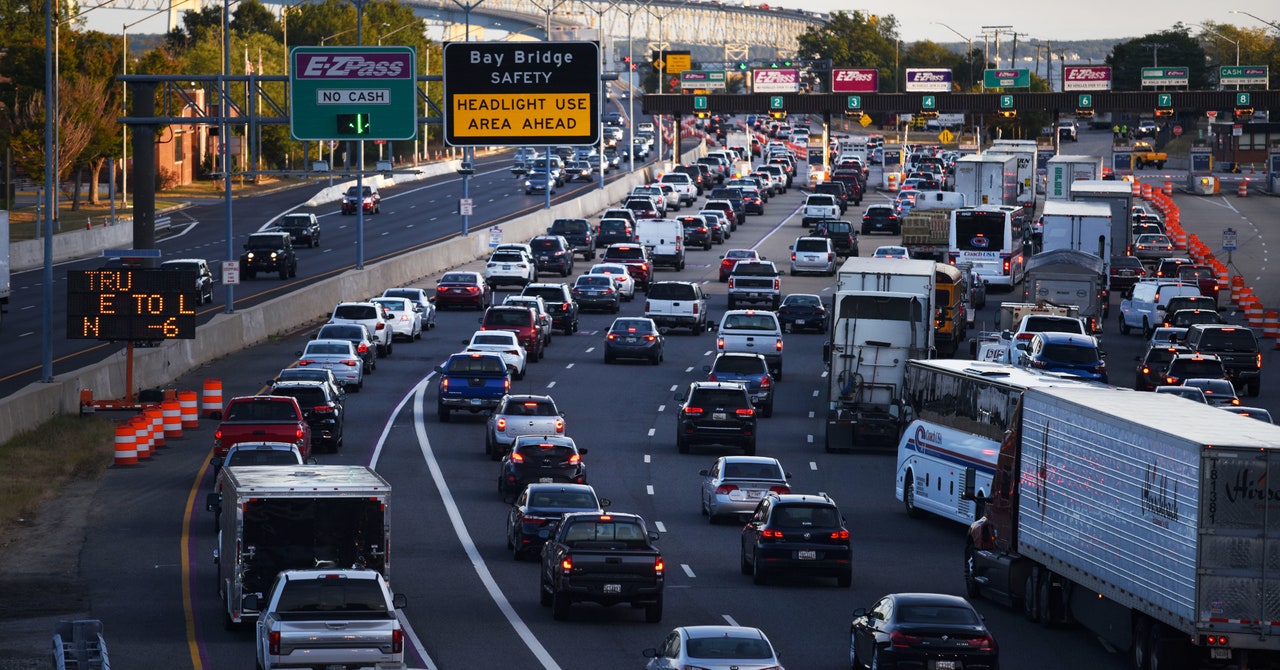 Before everything got weird and terrible, there were these things called rush hours. Between, say, 6 am and 10 am, many people would leave their homes to go to work or school, filling roads, buses, subway cars, and bike lanes. Then, from 3 pm to 7 pm, they would reverse their travels.

Then came the global pandemic and nationwide shutdowns, and things got quiet for a while. By early spring 2020, miles traveled by vehicle had dropped by 40 percent, according to the transportation analytics company StreetLight Data. Those who lived near highways and usually busy city streets enjoyed the clear skies and blissful quiet.

Now, rush hour has returned. Streetlight Data estimates that US vehicles traveled 20 percent more miles in March 2021 compared with a year earlier. But traffic patterns are very different. In many big US metro areas, what was once the morning rush is more like a jog. Instead, traffic slowly builds throughout the day, culminating in a big afternoon rush.

In the San Francisco metro area, for example, the number of vehicle-miles traveled fell by roughly half during the 7 to 8 am peak late this winter, compared with the year before. But miles traveled during the evening rush, between 5 and 6 pm, are only down by a quarter. Total vehicle miles traveled in the area were still down 25 percent overall this winter.

Traffic is a bellwether, experts say, offering insights into a region’s economic vitality, its goals, its character. Now, as more Americans get vaccinated, return to work and school, and resume their social lives, government officials are eager to discover what parts of pandemic-era travel behavior were related to lockdowns, and which stemmed from more expansive remote-work policies, which could be here to stay. Some cities are funding research to examine those questions; the answers will likely point to the future of the city.

The travel behavior of work-from-home-ers isn’t as straightforward as it might seem. Research on telecommuters from before the pandemic suggests that people working from home tend to emerge in the afternoon. Many take to the roads to head to cafés, libraries, work meetings, and client sites. Jonathan Stiles, a postdoctoral researcher at Ohio State University who has studied the travel behavior of telecommuters, has found that people with flexible work or telecommute-friendly schedules tend to use that flexibility to stay home in the morning, but then venture out later. One of his studies found that just one-third of remote workers stick to one location all day. If more people feel safe to move around, they’ll likely increase traffic.

Other researchers have noted that allowing people to telecommute sometimes encourages workers to move from dense city centers and close-in suburbs to farther-flung areas. In the end, they may end up driving more, just to run the same sorts of errands as before.

“Maybe instead of spending hundreds of millions of dollars adding lanes, we could be spending money buying computers for employers.”

Some officials like to see traffic returning, to a point. “You look at it as a positive. It’s more economic activity,” says Darin Chidsey, the chief operating officer of the Southern California Association of Governments, a regional planning organization that represents 191 cities. That locals are out and about during the afternoon now means “people are back picking up and taking kids to school, doing activities, shopping.”

His organization wants to understand what’s happening in this quasi-post-pandemic period so it can plan for post-pandemic realities. Last year it began working with UC Davis researchers to understand how the pandemic affected local employment, household organization, shopping, vehicle ownership, travel patterns, and overall equity issues, and what changes may be permanent. If the researchers find that more people will continue to work from home, that could open opportunities for cities and towns once thought of as sleepy bedroom communities—for local downtown revitalization and, ultimately, more local tax revenue.