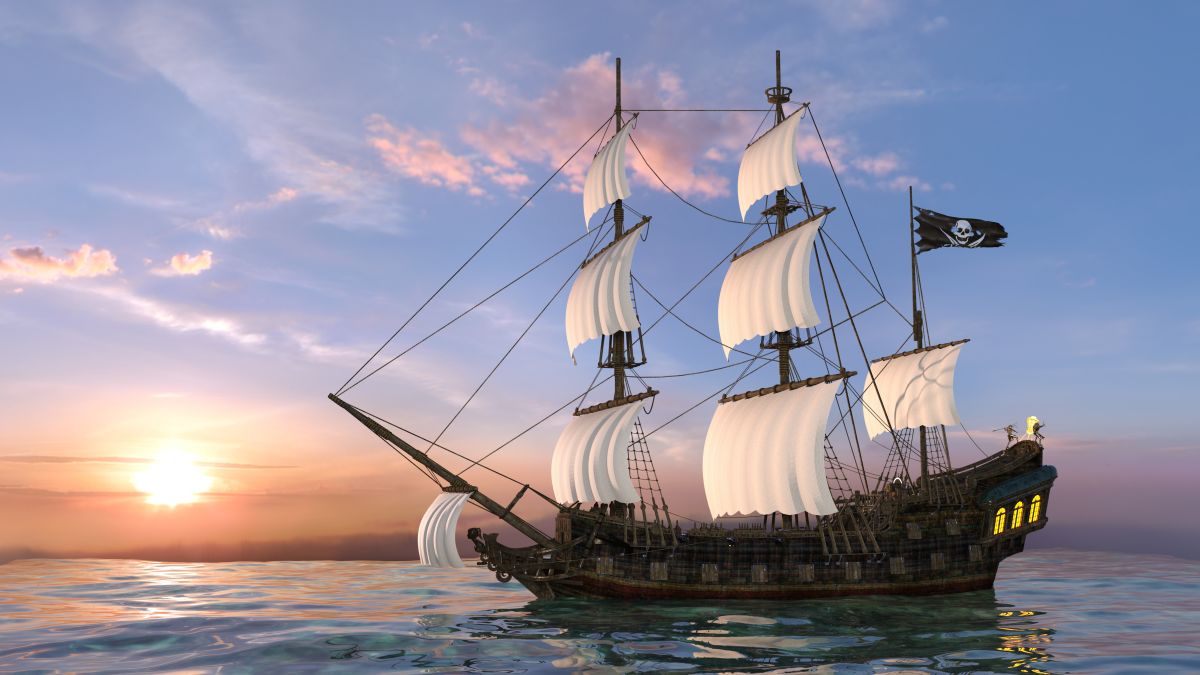 This week’s potpourri of nonsense-you-might-not-know-about takes us from whaling ships in the 1800s to 2021’s hottest hype houses, with a pitstop in Lental to snap some Pokémon.

Future sociologists and cultural historians will write dissertations debating why, exactly, songs originally sung by seafaring laborers in the 1800s are the hottest trend on TikTok this particular week. But here we are: Sea shanties are the bangers of the moment.

The hype machine for seafaring ditties seems to have begun with a video of Scottish postman Nathan Evans singing “The Wellerman,” and blew up from there. Others started recording their own songs, adding their voices to Evans’ video, creating parodies, trying to figure it out, and otherwise honoring/chopping-and-screwing this all-but-forgotten musical form. But it really took off with this hilarious video from Beertheist that demonstrates in 44 seconds how sea shanties are at first ridiculous, then delightful, and ultimately irresistible.

Nintendo is beloved for taking their well-worn intellectual properties from console to console, creating spiffed-up versions of older titles, then releasing almost-the-same-game on newer machines. (I’m not complaining—this is all I want Nintendo to do, ever). Gamer-favorite Pokémon Snap, though, has not been seen on a Nintendo console since the Nintendo 64, way back in 1999. Snap missed the GameCube, DS, Wii, and Wii U, but to celebrate the 25th anniversary of Pokémon, it’s coming to the Nintendo Switch on April 30.

In case you didn’t play it back in the day, Pokémon Snap is the best: You are a photographer and your job (I guess it’s your job?) is to travel around taking pictures of Pokémon. That’s pretty much it. You snap shy pocket monsters in desserts, jungles, and other environments, and your photos are awarded points based on composition. If it’s as good as the original, this will be way better than anything you will ever actually do in your life. Check out the new trailer and you’ll see.

Definition of the week: “Hype house”

Meme-based presidential candidate and New York City mayoral hopeful Andrew Yang recently said that part of his plan for Gotham involves encouraging “hype houses” to move to the city. If you are too busy “having a job” and “living your life” to know what a hype house is, here’s the explanation: Young influencers and social media content-tainers have been moving into expensive mansions together to collaborate artistically, post tons of TikTok videos, and otherwise annoy their rich neighbors. Think of it like Andy Warhol’s Factory, but with less heroin and nothing nearly as cool as The Velvet Underground.

“Hype house” was coined back in December, when 19 of the most influential people on TikTok all moved into a Spanish-style mansion in Los Angeles and called themselves “Hype House.” Now it’s the generic term for any of the hundreds of similar arrangements around the country, whether it’s a gaggle of gamers on YouTube, a pride of Instagram influencers, or a TikTok aviary. The trend of internet people living together dates back to 2014, when YouTubers invaded posh LA neighborhoods and never left, and like everything young people do, it’s annoying and terrible. Wait, I mean it’s awesome and the best!

This week in internet cats: Cats vs. technology

Cats have been a staple of the internet since the late 1940s, and this week, our feline friends are making a big showing on Reddit. The Cats vs. Technology subreddit was originally formed in 2014, but for reasons known only to the internet gods, it’s blowing up in January 2021. This rapidly growing subreddit features videos and pics of cats sitting on warm laptops, figuring out how water coolers work, or trying to outsmart their automatic feeder. In other words, there are cats in it, and cats are pretty good. Especially when they’re on the internet and I don’t have to dig their shit out of a box in the laundry room.

The viral videos people are really sharing this week are of Capitol rioters bragging about committing felonies, goofily grinning while stealing lecterns and inciting violence, but that’s all kinds of depressing, so instead, let’s soothe our jangled nerves with some Unbox Therapy! Unboxing videos are a strangely hypnotic subgenre of YouTube videos where someone opens a box with a new product in it and shows off the contents, and Unbox Therapy’s latest is an epic. It featured the full Samsung Galaxy S21 product line, including the Ultra 5G S21, Galaxy S21, the and the S21+, plus their Galaxy Buds headphone. It’s 22 minutes of hardcore, uncensored unboxing, where cellphones are stripped of their packaging and displayed in crystal clear HD. You can see every connector port, every charger cable, all the camera lenses…my god, when he peels that plastic protection sheet off the display panel…