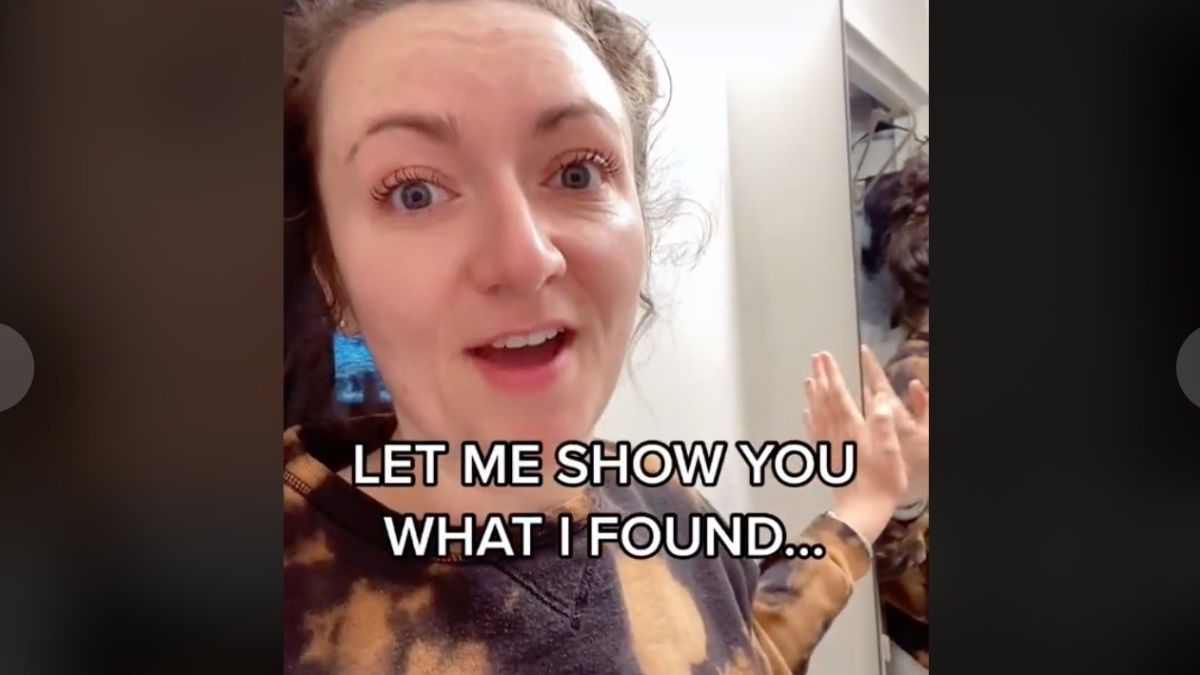 Maybe it’s a delayed reaction to the cancelation of Halloween five months ago, or maybe it’s just me, but for some reason the internet was even more unsettling than usual this past week. There were menacing stories in the news, a frightening viral video to enjoy, and the unique horror of being so old you don’t even understand what a celebrity is any more. So, let’s dig right in to the spooky.

This week in unnerving news: Haunted elevator, surprise skull, and a real-life Candyman

I don’t have time to sit around a damn campfire, but I still like telling ghost stories, so here’s a trio of macabre tales that spooky kids are sharing. The first takes place at L.A.’s notoriously haunted Cecil Hotel, where Elisa Lam met her terrible end in a rooftop water tank back in 2013. Internet ghoul Khris Star recently visited the Cecil on a ghost hunt, stayed in Elisa Lam’s room, saw the famous elevator opening by itself, heard a voice speaking Lam’s name, and posted videos on her TikTok to prove it.*

Our second chilling tale comes from YouTube where U.K.-based paranormal investigators and urban explorers Danny and Felicity Duffy went looking for the supernatural at an abandoned pub in the woods. Unlike most mystic inquiries, they actually found something scary—but it wasn’t a haunt, specter, will-o-the-whisp, or C.H.U.D. It was an actual dead body!

“This is as real as it gets,” Danny reports on his YouTube video while holding up a stranger’s skull. “This is someone’s head. I am not joking right now.” The couple called the Manchester police who quickly began an investigation. The cops don’t know how long the skull has been there or to whom it once belonged, but hopefully answers are coming soon.

Our third chilling story is the scariest of all. It began last week in New York City, when TikToker Samantha Hartsoe noticed an odd breeze blowing from behind the bathroom mirror in her apartment. She had to investigate, so she lifted the mirror off the wall and found an entire room behind it. I would have moved out right then, but Hartsoe, apparently having never seen Candyman, Parasite, Crawlspace, Bad Ronald, or really any horror movie ever, climbed through the hole and found an entire unfinished apartment. Luckily, the deformed cannibals who live behind her bathroom mirror were out for the night, so Hartsoe escaped with her life. You can check out the entire four-part saga on Hartsoe’s TikTok.

*Ghosts aren’t real and nothing happens after you die.

Celebrities you’ve never heard of: The strange world of CodeMiko

Falling into the rabbit hole of CodeMiko made me feel like I’d wandered away from Grampa Simpson’s old-age home and into a far-future where nothing makes sense and I’m wearing an onion on my belt. CodeMiko is a “virtual streamer” on Twitch, a 3D digital avatar who hangs out in a video game-style world, chats with her fans, and does live interviews with other streamers and the occasional mainstream celebrity. She’s not the first to do this—that’s probably Max Headroom—but CodeMiko takes the VTube genre in a new and meta direction.

First, there’s the fan interactions. For a little money, her chatroom-dwelling fans can alter CodeMiko’s environment in real time—flash messages across her chest, blow things up in her room, and even murder her with a nuclear bomb—all while she’s peppering her guest with rapid-fire, bat-crap crazy interview questions.

To add another layer to the weirdness, there’s “The Technician,” who is purportedly CodeMiko’s creator, the woman who codes Miko’s world and dons a motion capture suit to portray her. Unlike most VTubers, CodeMiko makes no secret of her “real” identity, posting frequent, informal videos that kick through the fourth wall and let you see how the virtual sausage is made…if you believe what The Technician says, of course.

She seems sincere enough, but the whole endeavor is so recursive and postmodern, I don’t trust that any of it is any more “real” than anything else. Overall, I don’t really know what to make of this, other than it makes me feel impossibly old. But check it out if you want a glimpse into the future, but do it quick. CodeMiko’s abrasive style could well get her banned from Twitch… unless that’s part of the act, too.

Viral Video of the week: Teaching Jake about the Camcorder, Jan ‘97

Videographer and actor Brian David Gilbert has been sporadically releasing clever, engaging videos on YouTube for the past four years. He grew a fanbase of nearly a million subscribers with semi-absurdist comedy videos like “Buy My Bed” and “Let’s Get Good at Darts,” but lately, Gilbert has been veering toward the dark and terrible. His newest video, “Teaching Jake about the Camcorder, Jan ‘97” is a full-on horror flick told in a single shot from a 1990s camcorder, and judging by how many people are sharing it, this story of grief, existential terror, and outdated technology is resonating with people in a going-viral way. I don’t want to spoil it with a description, but if you like chilling tales, this is for you.

Whether James can fill the sneakers of Space Jam star Michael Jordan is an open question, but the sequel at least seems unique. James will be sucked into the virtual world of Warner Brothers’ servers where he’ll interact with WB intellectual property like Wonder Woman, Mad Max, and Casablanca. There will be a climactic basketball game against weird cartoon monsters as well, bet on that.

The movie hits theaters and HBO Max on July 16, but you should see it on the big screen, if it’s safe in your area. It might be too much to expect the magic of Space Jam to be repeated, but watching LeBron dunk on cartoon monsters should be seen in as large a format as possible…and I haven’t been to a movie in a year, so I definitely hope to leave my house for this one.