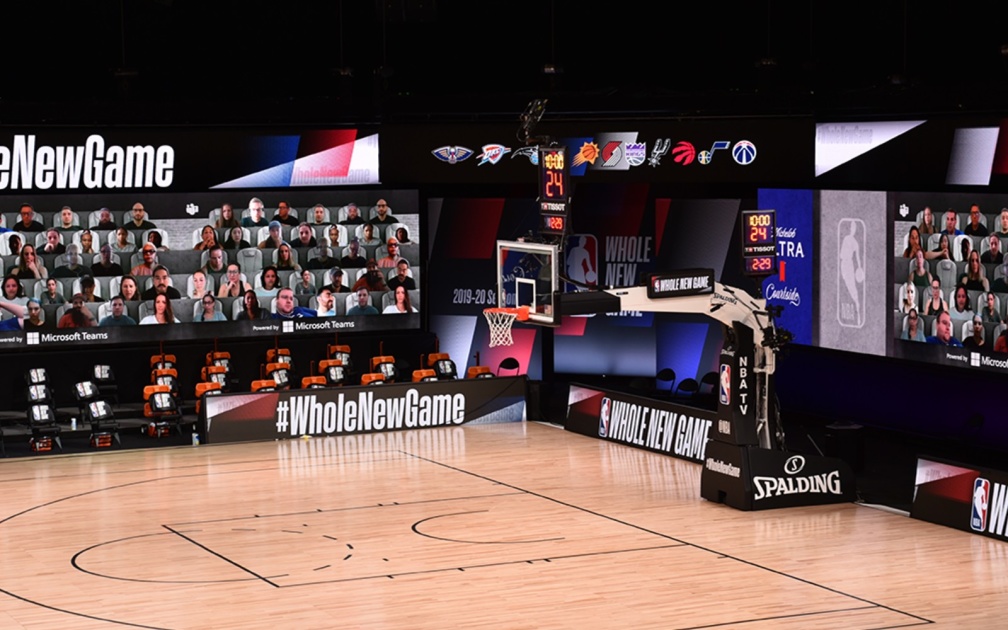 The NBA is not the first league to use a video conferencing app to try its best to recreate the feeling of a packed arena in the era of COVID-19. Some leagues have even thought of more creative solutions to the prospect of spectatorless games. In Japan, SoftBank will use Boston Dynamics’ cute but terrifying Spot robot to cheer at Fukuoka Hawks home games. Moreover, this isn’t the first time Microsoft has waded its way into professional sports.

The company’s Surface tablets famously gained notoriety in 2016 when New England Patriots coach Bill Belichick smashed his device during a game against the Buffalo Bills. “I’m done with tablets,” Belichick said when he was asked about the incident. “I just can’t take it anymore.” For their part, most NBA fans will likely just be happy to see their favorite players return to the hardcourt, even if it means the games look and sound a bit different.