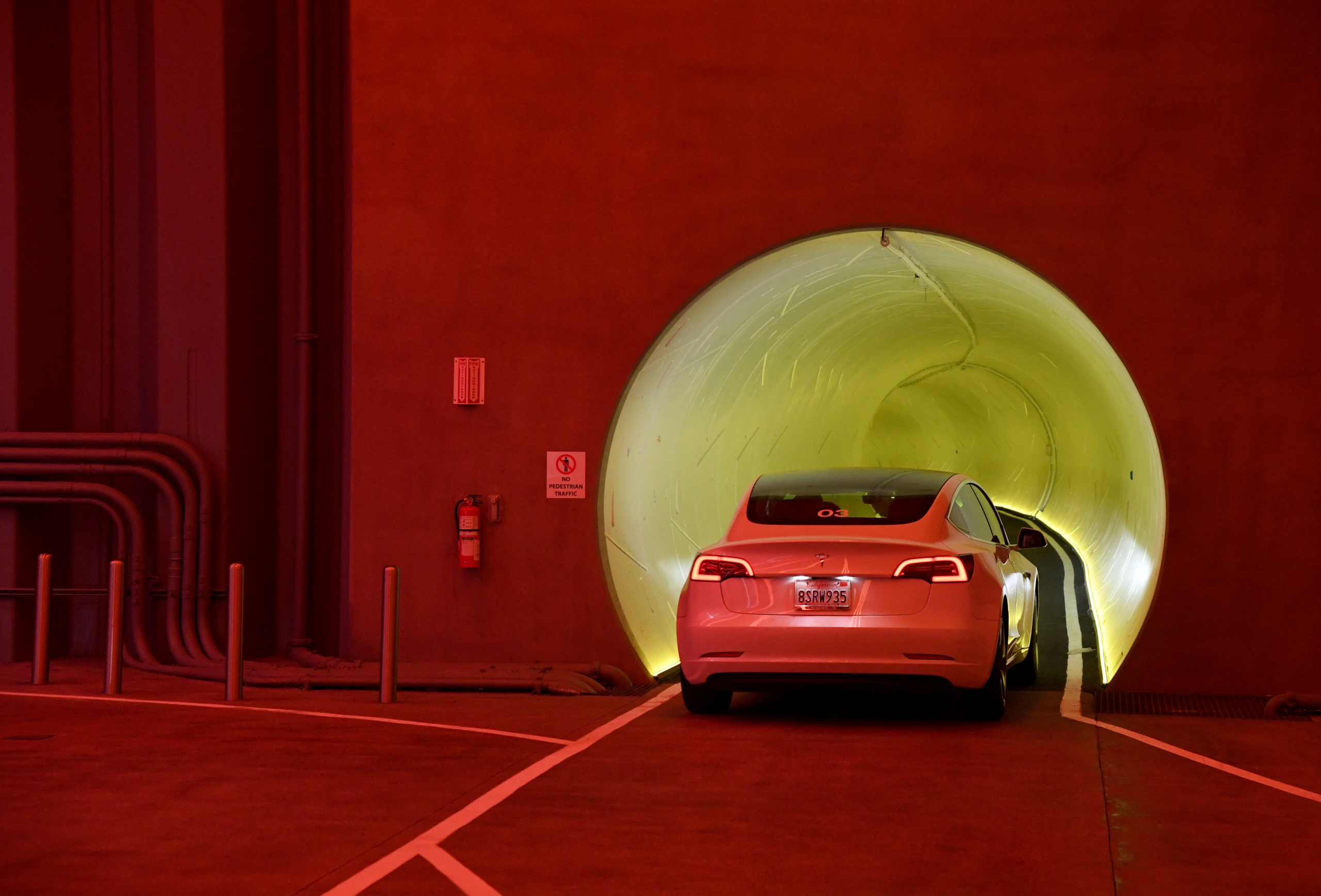 It’s way too late for this Independence Day weekend (and even if it does happen, probably next year’s), but the Boring Company wants to get you to the beach at Fort Lauderdale. That’s according to the latest bid submitted by the tunneling company.

It proposes a tunnel loop that would link downtown and the beach. The Las Olas Loop would be an “innovative and unprecedented” way to manage traffic congestion and transit demands, Mayor Dean Trantalis claimed.

The City Commission will vote on the proposal later this week, and getting the bid accepted would be a big win for the Boring Company. This particular Musk-helmed company hasn’t had much success so far when it comes to pitching cities on passenger loops and has even shifted some of its attention to larger freight tunnels. The only existing tunnel, in Las Vegas, launched in June.

But hey, who doesn’t want to go to the beach?

Apple has made a handful of significant changes and a host of smaller ones for its dedicated iPadOS update. According to Engadget’s Nathan Ingraham, they all add up to an experience that makes the iPad more customizable and flexible than before. But don’t worry, it still looks and feels like an iPad. In iPadOS 15, there are loads of new features to unpack, but he found that widgets and home screen updates (a lot of which iPhone users saw in iOS 14) make the biggest difference in this public beta. Continue reading.

They had over 5.8 million downloads from the Play Store.

Google is trying to keep control of (and remove) Android apps that commit major privacy violations. Google has removed nine apps from the Play Store after Dr. Web analysts discovered they were trojans stealing Facebook login details. The malware had managed to make its way into over 5.8 million combined downloads and posed as easy-to-find titles like “Horoscope Daily” and “Rubbish Cleaner.” There were five malware variants in the mix, but all of them used the same JavaScript code and configuration file formats to swipe information.  Continue reading.

It comes to Disney+ on September 22nd.

Lucasfilm and Disney have announced that the Star Wars: Visions anthology will be available on Disney+ on September 22nd and have offered a close look at the short films. You’ll get nine shorts from seven studios, each with a very distinct take on the space fantasy — including more than a few nods to Japanese culture. Each seems to take a different approach to the rich Star Wars universe, and it might remind some of you of The Matrix’s Animatrix spin-off, albeit more focused on anime art styles.  Continue reading.

Elon Musk has revealed that Tesla is adding rear-wheel steering to the Cybertruck to help the EV maneuver with “high agility.” It’s a rough answer to the Hummer’s Crab Mode and Rivian’s R1T’s tank turns. Given the size of the Cybertruck — it’s big even by truck standards — assistance with parking and manoeuvering out of tight spots could be welcome news.  Continue reading.

The lack of a players’ union is at the heart of the inquiry.

The Department of Justice has launched an antitrust inquiry into Overwatch League soft salary caps meant to prevent teams from buying their way to victory. The investigation isn’t criminal, according to the report from Dot Esports, but DOJ trial attorney Kathleen Simpson Kiernan is reportedly wondering about the lack of a players’ union that would let the league claim the same labor exemptions you find in conventional unionized sports leagues. This investigation won’t necessarily lead to a major shakeup of the Overwatch competitive scene. It does, however, indicate the growing stature of eSports in the US — and pro-gamers’ salaries. Continue reading.

Half a month after OnePlus announced it’s becoming an Oppo sub-brand, it’s revealed it’s also merging its OxygenOS with its new parent company’s ColorOS. The two brands have come to the decision to “best leverage [their] shared resources,” which seems to translate to nixing one of them. OnePlus added you may not even notice a difference because the changes are happening behind the scenes.

OnePlus’ OxygenOS will still be the operating system for OnePlus devices released globally. As 9to5Google notes, OnePlus phones released in China already run ColorOS and that will likely remain the case. There will be some benefits to these changes: OnePlus is also promising better and longer Android update support. The OnePlus 8 series and the brand’s newer flagships will receive three major Android updates and four years of security updates going forward. Continue reading.

The Blue Screen of Death in Windows 11 is going black