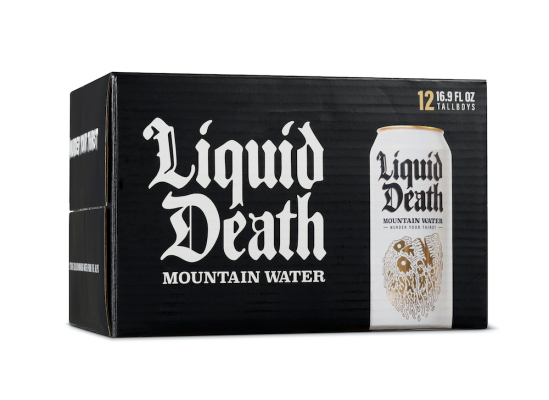 Earlier this week, Science Inc, the 10-year-old, L.A.-based incubator and venture firm, rolled out a blank-check company onto the Nasdaq, raising $270 million for what firm founders Peter Pham and Mike Jones say will be used to take public a company in the mobile, entertainment or direct-to-consumer service space.

If they have one of their own portfolio companies in mind to take public, they wouldn’t say in conversation yesterday. Yet Science would have some interesting candidates from which to choose if so. It helped incubate the amateur esports platform PlayVS after Pham met its founder, Delane Parnell, on a dance floor at a South by Southwest festival. It’s also an investor in Bird, the micro-mobility company that is reportedly working with Credit Suisse to strike a deal with a blank-check company. And it helped create and grow Liquid Death, a company with a tongue-in-cheek marketing strategy that’s selling mountain water in aluminum cans — a lot of it, says Pham.

That’s not so silly. Water is the top-selling packaged drink in the U.S. and has been since 2016.

Indeed, we spent much of our time with the duo talking about how to create a powerful consumer brand in 2021, no matter the category. You can listen to that full conversation, or check out excerpts of much of our chat below, edited lightly for length and clarity.

TC: You have this new blank-check company. You’re about to start talking with potential targets. Will you consider a company that you’ve incubated or else funded at Science?

MJ: No. So the SPAC is an independent entity. We think that there’s a universe of well over 100 companies that would fit the credentials of what we’re looking for within the stack. Some of those companies, we may or may not have investment exposure [to them], but the process of analysis is independent of the Science portfolio.

TC: So you wouldn’t rule it out.

MJ: We have independent directors. So there’s a different process that would go through if we were looking at a company in the portfolio. But right now we’re just aggregating the right universe of potential targets. And then we’ll go through a formal process on it.

TC: What are the metrics you want to see? You are specialists, including in direct-to-consumer companies. Do the companies that you’re targeting have to be profitable?

MJ: When we look at the different, potential companies that we’re interested in, we’re not saying that they have to have some specific level of profitability or specific level of revenue . . . We don’t expose the the core metrics and revenue drivers that we think make for successful companies within sectors. But we’re a super data-focused team. We’re very much on the forefront of next-generation Gen Z and millennial-oriented marketing. And there are very specific things we look for that we think may build breakout brands.

TC: Both of you know the social media space. There are new social media plays that are gaining a lot of attention, such as Clubhouse. Back to your core business at Science, are there any investments in those areas in that area that you’re looking at?

You can’t take your eye off of Facebook, Instagram, and Snapchat, but Clubhouse is real. It’s almost radio, but it’s participatory. If you go to South by Southwest, it’s almost like SWSX panels around the clock. There’s this really interesting dynamic where you could be in crowd, raise your hand, and if they pull you up on stage, now you’re part of the panel. That’s why a lot of people are there — for the chance of getting discovered [and] the chance of letting their voice be heard by a larger audience.

TC: What makes you think its growth is sustainable?

PP: The moment marketers join a platform [you know]. When real marketers, people who are selling classes on how to make money, how to have real estate, how to make money [selling] real estate, that type of marketing — when [they show up], it’s an arbitrage. It’s basically very smart people who make a lot of money realizing for that every minute they spend doing this, it’s more valuable in terms of ROI, customer acquisition cost, and revenue, than spending time on this other thing that everyone else is on.

TC: How do your portfolio companies use these platforms in 2021? You are investors in Liquid Death. You helped incubate MeUndies, a subscription underwear company that raised saw $40 million late last year. You were involved in the early days of Dollar Shave Club. How do you break through the noise with things like water, underwear and razors?

PP: Platforms are always just a springboard. You can’t rely on these places long term because the rules of the game change, the feed changes. Ten years ago, when we launched Dollar Shave Club, we had on the homepage an autoplay of this YouTube video that was just about driving customers to buy something. At the time, no one thought about posting YouTube videos to get somebody to buy something. MeUndies [used] Instagram. Who would imagine subscription underwear? But every month, there’s a holiday — Christmas, New Year’s, Valentine’s Day, St. Patrick’s Day. What if there was something interesting and fun that you could wear?

With Liquid Death, it’s still very much [focused on] Instagram and now probably TikTok. But in all cases, the brand has to be worthy for somebody to talk about what’s interesting about it and even to defend it.

Mike underplays our data side, but we measure incessantly everything that’s happening in terms of the each one of our businesses, including their social reach, their engagements, business retention, how often customers are coming back, how much revenue we’re generating from each individual, what each piece of marketing is worth. All of these tie into this complex engine that [helps us determine], is there a business behind this thing? Can it grow on its own without a reliance on Facebook? With most companies, if you don’t understand how to build your own community, your own brand, and your own audience, ultimately the winner on the back end is Google or Facebook.

TC: How do you build that community right now?

I’ve handed out 4,000 cans personally. In the early days of Liquid Death, I just remember handing it to a bunch of teenagers, and six out of 10 would take a photo and Snap it to their friend. It was just this instant moment I kept seeing over and over, and I just knew, this is gonna work. If you noticed in March and April and May how boring your Instagram feed was, [it was] because everyone was staying home and there was nothing to do. But we [had this insight to] give somebody a piece of content.

TC: Liquid Death is now available in some stores, including 7-Elevens. Are people buying the water online? What percentage of them buy it through a subscription?

PP: One third of our customers who buy online [at the site] buy merchandise. They’re buying $24 hats, $45 hoodies — we’re selling out merch constantly. It’s the brand, it’s a lifestyle. Mike Cessario, the CEO, says he’s building something that’s like your favorite band. The product lets you be a fan of the thing [including] because it’s not a piece of plastic that’s going to go the ocean [like other water bottles]. It’s not sugar. It’s not alcohol that might result in a drunk driving incident.

It’s flair. It’s a reason to say hi to somebody. It’s an icebreaker. It’s fun. It’s irreverent. It’s dumb. It’s funny. It’s everything to everybody, but something worthy to talk about, something to look at.

The trajectory we’re on is hard to measure, You have to see it, and when you see it over and over, it’s obvious.