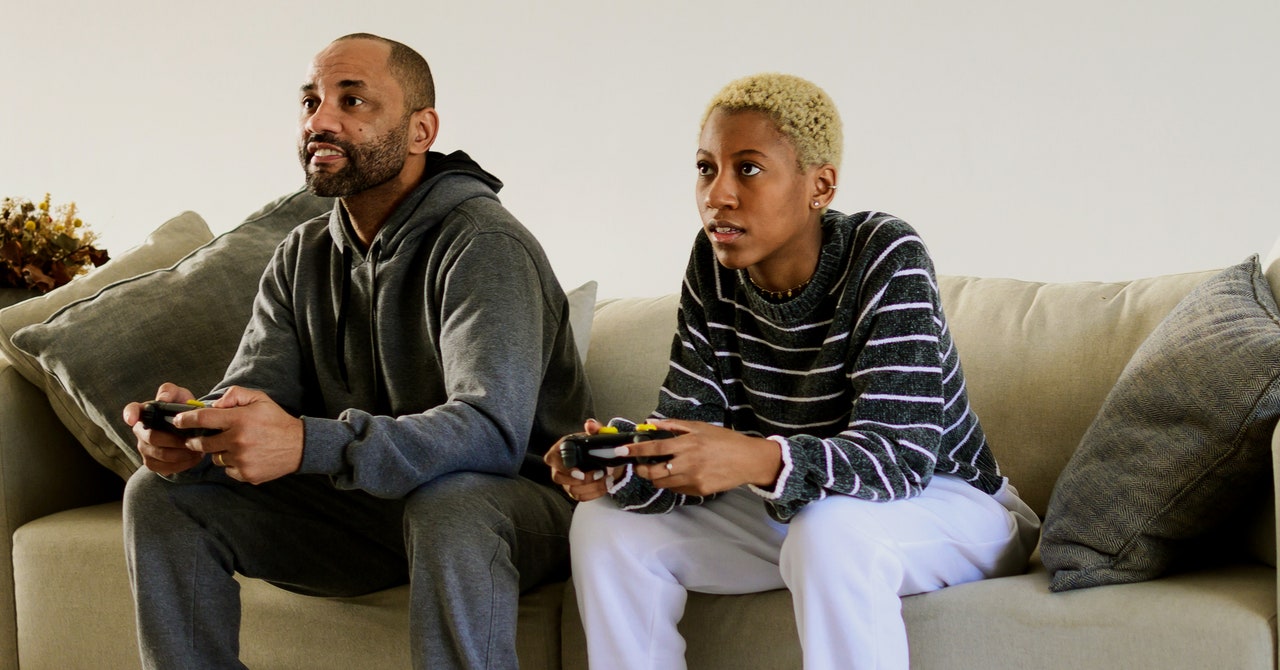 “It is actually a very important scene,” Fares explains, “as it is the absolute lowest point of the parents. It’s a part of their emotional evolution of not understanding what’s important for them. It’s not a joke, but it is dark humor—and with dark humor, some people get it and some people don’t.”

Fares elaborates, “I understand that some have been quite upset about that scene, but in a true Hazelight fashion, if it’s a part of the vision, it will always be strongly reflected in the game.”

Playing It Takes Two made me consider the psychological benefits of playing together with my partner. Could playing games make us better spouses? Some have raved that It Takes Two is a great alternative to couples therapy because players have to cooperate and collaborate constructively if they are to finish the game.

Amy Bland, a cognitive neuroscientist at Manchester Metropolitan University, and her team have conducted research on two-player games and collaboration. Players who contributed more in the game than their partner were less willing to cooperate and share their team earnings, whereas players who contributed equally had a much greater willingness to collaborate and work together towards a shared goal.

In an interview, Bland explains, “Collaboration involves decision-making in a social context, Collaboration is therefore not straight forward and there’s a certain amount of trust needed in order for it to be successful.”

Bland’s research has implications for real-life relationships. Her work implies that trust is important to cooperate and play together successfully, something anyone who’s played multiplayer games can probably tell you. You and a group of people you don’t know likely don’t trust each other—and won’t collaborate as well either—as a team stacked with players who know and trust each other already.

Bland’s research emphasizes the importance of reciprocal trust and knowing that when one partner is down or has been killed by a boss, the other one is there to carry the load. We see this in It Takes Two because if Cody or May dies, and one player doesn’t reenter the game and come back to life, the game cannot continue. In short, one character cannot play It Takes Two alone. The name is, literally, It Takes Two.

There has to be a willingness to show up, cooperate and persevere through each challenging situation. Bland shares her words of wisdom for a successful relationship, “Learning to work together for shared goals is an essential part of a successful relationship. When obstacles arise, whether that’s game-based or in real life, we need to have a level of trust that we have each other’s backs.”