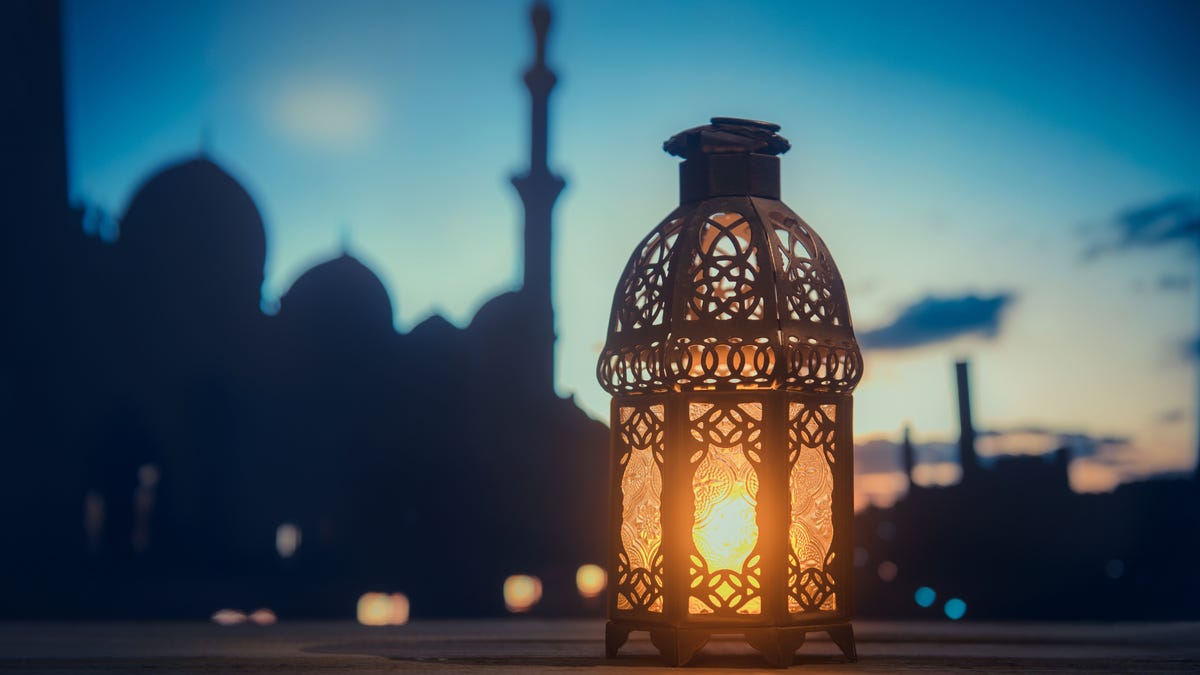 In the western world, we typically associate springtime with renewal and festivals of gratitude, and the Islamic calendar is no different: The month-long celebration of Ramadan, which is observed by the religion’s 1.8 billion global adherents as the holiest time of the year, is currently underway, bringing with it ancient traditions of fasting and spiritual pilgrimages to the holy city of Mecca in Saudi Arabia (though pandemic travel restrictions apply to this year’s festivities).

On your social media feeds, you’ve probably seen brands, public figures, or sports teams express tidings of “Ramadan Mubarak” and “Ramadan Kareem,” which mean “blessed Ramadan” (or “happy Ramadan”), and “generous Ramadan,” respectively. And since Ramadan is such a rich and storied time in the Muslim faith, it’s worth it for everyone to understand its significance.

Ramadan commemorates the time when the prophet Mohammad revealed the religion’s holy text—the Quran—1,400 years ago. The word’s roots reflect the arid conditions of the desert, derived from the Arabic word Ramidha, which translates roughly to “intense, scorching heat,” according to Fluent Arabic.

Fluent Arabic explains the significance behind the desert metaphor, noting how the concept of scorching heat is meant to burn away one’s sins:

Ramadan was named such because it burns the sins of the believers. Just like the blazing sun evaporates water from the surface of the ground, Ramadan burns away one’s sins. This spiritual heat purifies and moulds us to be better human beings.

In terms of practice, Ramadan is a month of fasting, worship, and community. Fasting (alternately known as sawm) is one of the five pillars of the Muslim faith, along with profession of faith (shahada), prayer (salat), charity (zakat), and the pilgrimage to Mecca (hajj). During Ramadan, adherents fast from sunrise until sundown for the entirety of the month.

Abstinence in other areas of life is also practiced, as Fiza Pirani writes in the Atlanta Journal-Constitution:

During the month, Muslims also abstain from habits such as smoking, caffeine, sex, and gossip; this is seen as a way to both physically and spiritually purify oneself while practicing self-restraint.

The daily routine of Ramadan can be stringent depending on whether an individual is physically strong and healthy enough to fast the entire day. There are exemptions on this front, particularly when it comes to pregnant or breastfeeding women, the elderly, younger children, and those traveling for a pilgrimage.

For those who can fully participate, however, the daily schedule often begins with a predawn meal that has to sustain a practitioner until dusk, so it typically contains a lot of protein and drinking lots of water. The day proceeds as normal, until “iftar” commences, which is basically a snack immediately prior to the evening’s first prayers. Then some people head to their local Mosque for special Ramadan services, which is often followed by a larger meal at someone’s home, usually involving family and friends. The celebrations are drawn to a close with a culminating feast on the final day, called Eid al-Fitr.

It varies annually, but only slightly. Because Islam adheres to the lunar calendar—which functions in accordance with phases of the moon—Ramadan inches forward by 10 days every year in the Gregorian calendar, which is used by the majority of the world. Traditionally, Ramadan begins on the first day of the ninth month of the lunar calendar, and lasts 30 days.

This year, the observance began on Monday, April 12 and will conclude on Tuesday, May 11.

While communities around the world largely adhere to the same date and time (though some Muslims prefer to consult with their local Mosque for an official start date to the festivities) not all fasting routines follow an identical timeframe. Because sunlight varies according to hemisphere, the hours spent fasting can be markedly different in the far reaches of the Northern Hemisphere, as opposed to Muslims fasting in more southerly climes.

Still, the overall tenets of the holiday—community, commitment to family, and leading a virtuous life—are steadfast wherever where you might be worshiping.