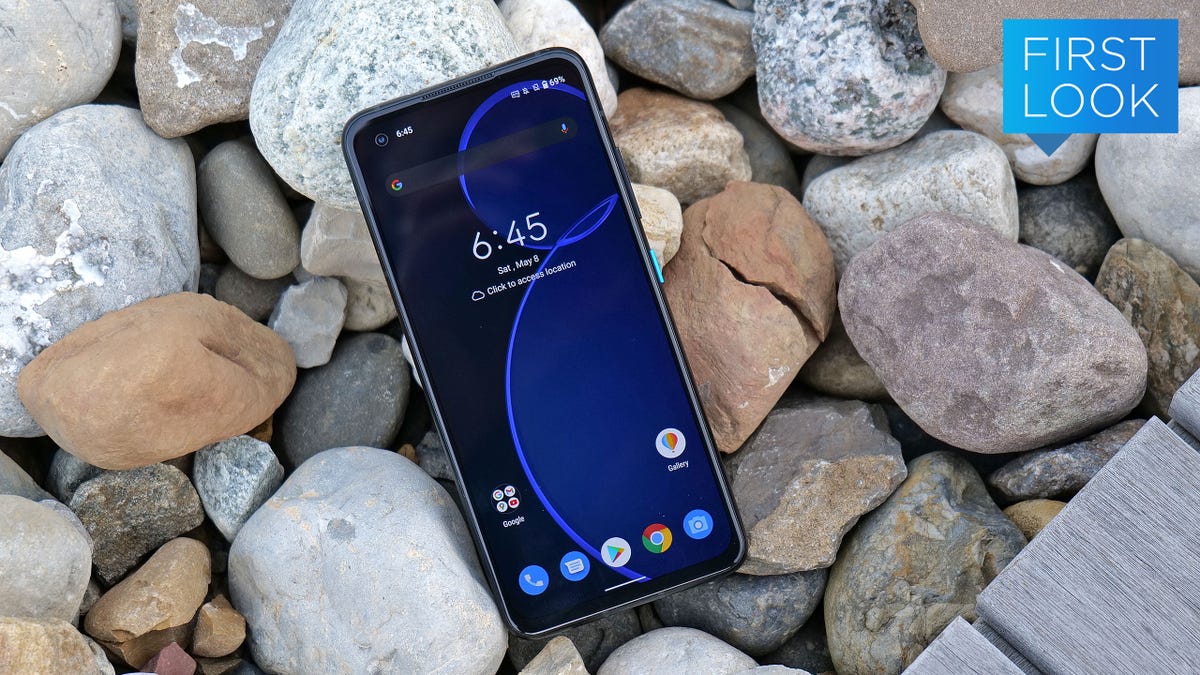 Compact phones have fallen out of fashion in favor of bigger and bigger screens, but the new Asus Zenfone 8 has arrived with outsized performance in a small package.

The Zenfone 8’s 5.9-inch display is about the same size as the Pixel 5, but instead of a mid-range Snapdragon 765G processor, Asus crammed in Qualcomm’s flagship Snapdragon 888 chip, a feat that becomes even more impressive considering the Zenfone 8 starts at just $600—$100 less than the Pixel 5.

On top of that, the Zenfone 8 also features a Samsung-made FHD+ AMOLED display with a 120Hz refresh rate, 6GB or 8GB of RAM, and 128GB or 256GB of storage depending on the config. You even get a real 3.5mm headphone jack (in addition to some pretty punchy stereo speakers) and an in-screen fingerprint reader, two features you don’t get on the Pixel 5. So even though Asus didn’t include support for a microSD card reader, the Zenfone 8 is still packing big specs and incredible value for the money.

Click through for more close-ups of the Asus Zenfone 8.
Photo: Sam Rutherford

AdvertisementYou can skip ad after 1 second

You can go to the next slide after 1 second

However, Asus did make a couple compromises to hit this price, because around back you only get two rear cameras: a 64-MP main cam with a Sony IMX686 sensor, and a 12-MP ultra-wide cam with an IMX363 sensor. No telephoto cameras here.

Interestingly, while the Zenfone 8 doesn’t share the same wild design as Asus’ ROG Phone 5, Asus did inject a bit of gaming DNA into the Zenfone 8 by including support for Game Genie, which allows you to tweak settings, free up additional background RAM, block notifications, and a whole bunch of other features to help you get your game on. Game Genie even adds crosshairs in mobile shooter games that don’t already have them, which could be a huge competitive advantage that some might say borders on cheating. (Don’t worry, I won’t snitch.)

Rounding out the package is a 4,000 mAh battery and surprisingly premium-feeling glass and metal body with IP68 water resistance. Really, the only other feature the Zenfone 8 is missing is support for Qi wireless charing.

So while I’ve only had a short time to play around with the Zenfone 8, between its price and specs, it’s quickly becoming my favorite compact phone of 2021. Though with the Xperia 5 Mark III due out sometime later this summer and one or more new Pixels due out later this year, I’m holding off on crowning an official winner just yet.

Aside from the Zenfone 8, Asus is actually announcing one more phone today: the Zenfone 8 Flip, which features a huge 6.9-inch screen and Asus’ signature rotating camera module that uses a hinge to capture shots in front or in back of the phone. Unfortunately, Asus is only planning on bringing the standard Zenfone 8 to the U.S., so if you live in the States and want to try a Flip out for yourself, you’ll have to import one yourself.

While Asus has yet to provide a specific release date for either phone, both the Zenfone 8 and Zenfone 8 Flip are expected to go on sale sometime this summer.