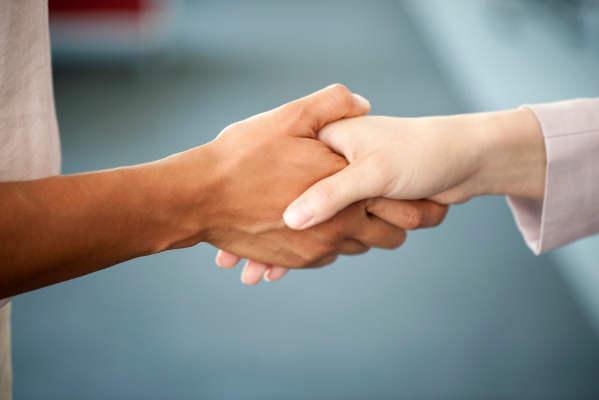 There’s been a profusion of startups emerging in the last year around the concept of rolling up smaller e-commerce businesses — operations that mainly sell and distribute their products on marketplace platforms like Amazon’s — using economies of scale to bring them together to run and grow them more efficiently.

Today, one of the latest of these, Branded Group, is coming out of stealth with a significant round of funding. The company has picked up $150 million and says that since quietly opening for business in mid-2020 it has already acquired 20 startups in categories like home, leisure and lifestyle across Europe, United States, and Asia.

The idea is that while the companies it acquires will continue to be sold and distributed via Amazon’s B2B service Fulfilled by Amazon (they are often referred to as FBA businesses), Branded will help with things like marketing, financing, operations expertise and technology to manage the business, provide business analytics and intelligence and so on.

The funding is being led by Target Global, which is being described as a “co-founder” of the startup, alongside the other two co-founders Pierre Poignant and Michael Ronen.

Other investors in the round include Declaration Partners, Tiger Global, Kreos Capital, Lurra Capital, Regah Ventures, Kima Ventures, and Vine Ventures, as well as individual investments from Marc Pincus (Founder of Zynga), Jon Oringer (Founder of Shutterstock), and a dozen other execs who have worked at retail giants like Amazon, Walmart, Alibaba and Lazada.

Branded is not disclosing the names of the 20 companies it has acquired — we have asked — but it claims to include some of the biggest companies selling home, leisure, and lifestyle products on Amazon.

Branded said they collectively generate $150 million in gross revenues annually. (This is the amount in sales prior to any cost-of-sale deductions, so not net revenue or nor profit.)

And in a market where reviews (for what they are worth) are one of the key levers in convincing shoppers to buy one similar-looking product (sometimes the exact same product, in fact) over another, Branded says that its sellers have amassed a whopping 700,000 reviews.

One reason that Branded may not be talking about specific names in its stable is to keep some competitive strategic advantage, because the landscape of companies building roll-up outfits to bring smaller e-commerce businesses together is getting crowded very fast.

At the end of January, Berlin Brands Group — which itself is profitable and has not raised significant outside funding, yet — announced it would use $300 million+ off its balance sheet to by smaller companies. That came on the heels of U.S. competitor Thrasio raising $500 million in debt to use to buy companies, as well as significant rounds in the several months for SellerX, Heyday, Heroes, Perch and more.

There is well over $1 billion in capital swimming around now among startups looking to be the consolidator-in-chief among smaller sellers, who have build fledging businesses leaning on efficient marketplace services for marketing, distribution and logistics to get their products to buyers, but may not have bigger strategies for how to operate them in the longer term, or to grow them.

In that mix, though, there are some interesting details about the founders of Branded that speak to why it has attracted so much funding so soon, and the company’s potential ability to leverage that into a bigger business.

Poignant was the co-founder of Lazada — the Asia-based Amazon clone backed by Rocket Internet, Alibaba and others — while Ronen was previously a managing partner at SoftBank’s Vision Fund in the U.S. (he left almost exactly a year ago, after the fund had started to come under a lot of scrutiny). Branded’s pitch is that it can use that expertise in building online businesses to grow its stable of sellers and brands better than they might be able to do on their own.

“We are excited to leverage our e-commerce and business-building experience to create this next-generation multi-brand platform,” said Mr. Poignant in a statement. “Our team will provide unmatched operations, marketing, business development and supply chain expertise, serving as the partner of choice for entrepreneurs worldwide to scale their consumer brands and delight consumers on Amazon and beyond. Our global footprint, our team’s experience in scale-up growth, our strong access to capital, as well as the proprietary analytical tools and business intelligence capabilities we are building, uniquely position us to exponentially grow the best brands out there.”

The opportunity is a big one, it seems. It is estimated that there are some 5 million smaller sellers on Amazon’s Marketplace, making up about half of all sales on the platform.

Similar to the other companies that are hoping to make a splash in the area of consolidating some of them, the pitch from Branded is that it’s able to find the most interesting of these to partner or buy in brands to help run them more efficiency and scale them to the next levels of growth.

That opportunity appears to be a particularly keen one at the moment. The global health pandemic has led to a huge shift towards online shopping, with consumers either choosing or being forced to use the internet to buy goods and services as regions enact lockdown orders or in other cases encourage people to stay away from crowded places to slow the spread of Covid-19.

That’s spelled a lot of activity for retailers selling on digital platforms, although as a Perch founders once described it, not all sellers are prepared for or interested in exploring how to handle that kind of growth. That is the scenario that startups like Branded are hoping to tap, giving them a chance to grow a stable of brands on the back of proven consumer demand.

“Covid-19 has been a massive accelerator of consumers’ continuing shift to online shopping. We see fundamental changes in consumer behavior and purchase decision-making opening an opportunity to build a new type of consumer products leader with a digital-first mindset,” said Ben Kaminski, partner at Target Global who is also a co-founded at Branded as well as chairman of the board, in a statement. “Target Global has been a proud co-founder and investor in Branded. We are excited to jointly realize this unique opportunity, while becoming a home for some of the most talented sellers and entrepreneurs seeking to take their brands to the next level. I am excited to work with Pierre and Michael to realize Branded’s full potential.”

For now, it seems that Branded’s focus is mainly on Amazon — which remains the biggest company of its kind in the U.S. and has a strong presence in a number of other countries — but it’s notable that others in the space like Berlin Brands Group are looking beyond it for other marketplaces and even opportunities in direct-to-consumer brands that sell through their own sites to bring into the bigger roll-up strategy.

“Thanks to Amazon’s incredible investment in global logistics and leading technology, there are millions of third-party sellers worldwide on the Amazon marketplace,” said Mr. Ronen in a statement. “We are facing a generational opportunity to build Branded into the leading, digital-first consumer product goods (CPG) e-commerce platform, distilling the best among the $300 billion in revenue generated by businesses already thriving on Amazon’s marketplace. We will look to partner with and enable the most successful founders of high-potential brands to scale their operations globally.”