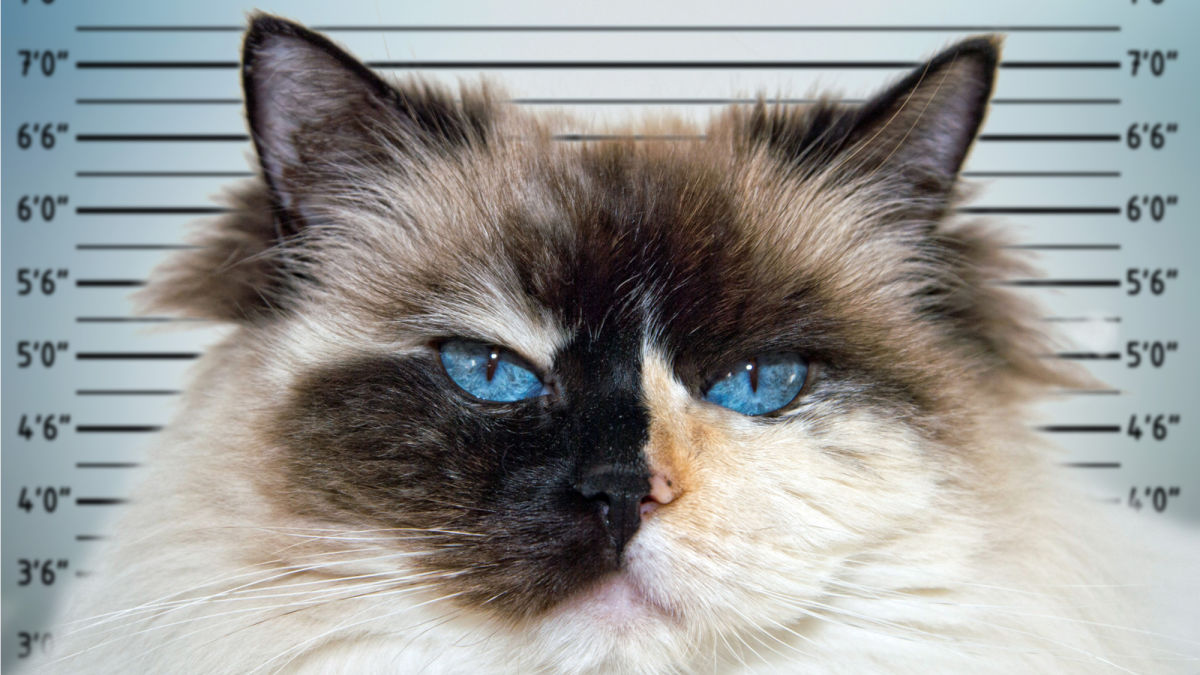 It sounds ridiculous to suggest, in the age of the camera phone, that you aren’t taking enough pictures of your pets. Because, okay, that probably isn’t true—our cat died last summer and I’d estimate there are still several gigs of photos of him floating around in the cloud. You might not, however, be taking the right kinds of pictures. Specifically, you want to make sure you have crisp, clear pictures of your furry or feathered friends from several angles—mugshots, if you will—to use just in case you precious pup, kitty, parrot or bush baby ever gets lost.

This smart advice comes to us via Reddit user ExpertGamerHB, who notes:

On places like Facebook, I sometimes see that people are posting about their pet being lost. Those posts often come with rather unclear pictures of the pet in question because those were just shot randomly as their pet was just being cute at that moment.

By making clear pictures in a mugshot-like fashion of your pets, you will help people identify your pet more accurately, thus increasing the chance your pet gets identified/found. Also take some pics of certain features that are unique to your pet, like a specific marking on their fur or an old scar from a surgery or something. Descriptions are good, but pictures are better!

There is indeed nothing sadder than seeing blurry photos of someone’s precious pet adorning a black and white printout taped to a utility pole, slowly disintegrating in the rain and sun. So often you can’t determine much more than, indeed, that is a light-colored cat. Much better to see a few well-chosen shots—head-on, in profile, making special note of that kinked tail or docked ear—than something that shows off their “personality.”

You probably think finding good pet mugshot pictures won’t be an issue for you, but you might be surprised: I looked through my archive of cat pics and found surprisingly few that clearly showed off all of the readily identifiable characteristics of my dear, departed cat Toober—and he had both super distinct markings and unmissable munchkin legs. Less unusual breeds would pose even more of a challenge.

As ExpertGamerHB goes on to point out, clear pictures aren’t a substitute for other pet loss-prevention measures (a collar and tags, microchipping), but they’re still a good idea. Place your pet against a neutral colored wall, preferably next to something that can provide scale (you probably don’t need to have height measurements on the wall like a real mugshot, but that would be pretty funny), take photos from several angles and email them to yourself with a memorable subject line (“dog lost photos mugshot”) so they don’t get lost in the sea of your camera roll. Then hope you’ll never need them.