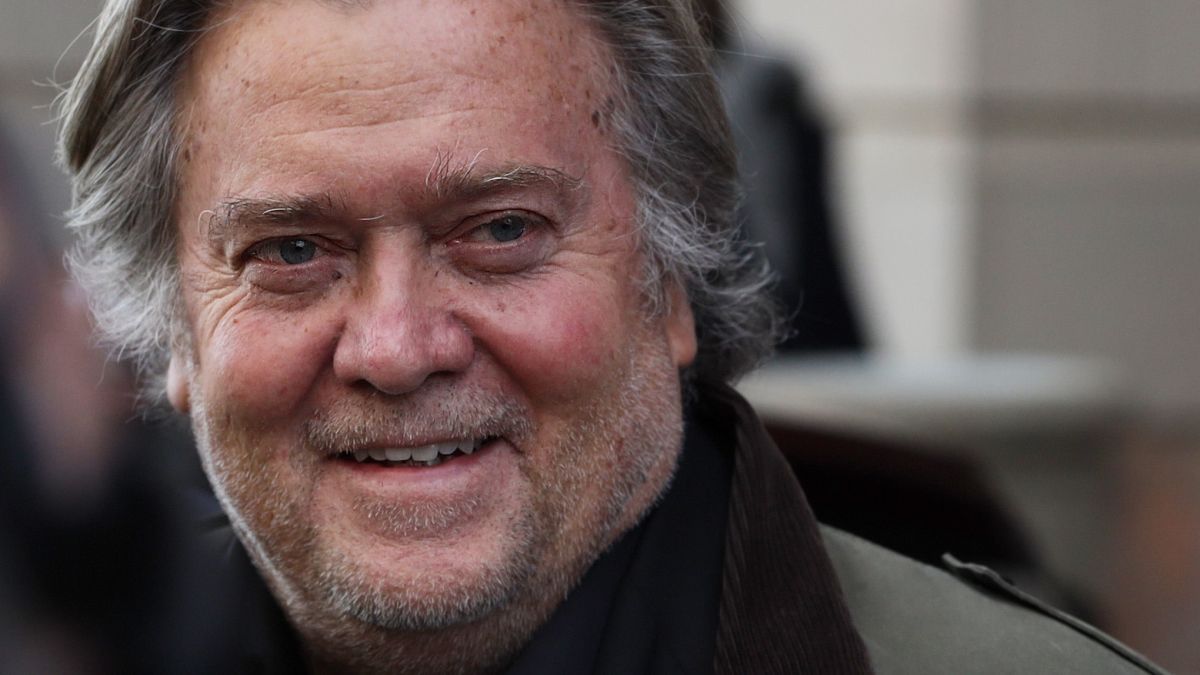 U.S. federal prosecutors announced Thursday morning that four men have been indicted for their roles in a crowdfunding scheme to build a wall along the U.S.-Mexico border. Steve Bannon, President Donald Trump’s former right-hand man, was among those indicted this morning and is already in federal custody, according to MSNBC.

Brian Kolfage started a GoFundMe page in December of 2018 called “We Build the Wall,” which promised to help President Donald Trump fulfill his promise to construct a physical barrier between the U.S. and Mexico. Kolfage allegedly kept $350,000 in funds for personal use while Bannon allegedly rerouted $1 million to a nonprofit and spent hundreds of thousands on personal expenses.

“As alleged, the defendants defrauded hundreds of thousands of donors, capitalizing on their interest in funding a border wall to raise millions of dollars, under the false pretense that all of that money would be spent on construction,” the Acting U.S. Attorney Audrey Strauss said in a statement posted online by the U.S. Department of Justice.

“While repeatedly assuring donors that Brian Kolfage, the founder and public face of We Build the Wall, would not be paid a cent, the defendants secretly schemed to pass hundreds of thousands of dollars to Kolfage, which he used to fund his lavish lifestyle,” Strauss continued. “We thank the USPIS for their partnership in investigating this case, and we remain dedicated to rooting out and prosecuting fraud wherever we find it.”

The GoFundMe page for the scheme appears to have been taken down sometime within the past week, but it’s available thanks to the Internet Archive’s Wayback Machine. Kolfage even sent a tweet on Wednesday noting that his page had been taken down, just one day before the indictment was unsealed.

The promotion on GoFundMe included a video that’s still available on Kolfage’s YouTube account. The video features a testimonial from Kris Kobach, the controversial former Secretary of State for Kansas and a former Chairman of the Kansas Republican Party. Kobach, a longtime hardliner on immigration issues, has not been indicted.

Erik Prince, the mercenary gang leader whose former organization Blackwater was accused of multiple war crimes in Iraq, was also named as an advisor on the wall project, but he also seems to have escaped indictment.

Some potential donors raised concerns about the fundraising project when Kolfage posted photos of a luxury boat to his Instagram account, but the project leader always insisted everything was above board.

The unsealed indictment is pretty damning, alleging that Kolfage both publicly and privately told people he wasn’t taking a salary from the project. But Bannon and Badolato allegedly reached an agreement where Kolfage would be paid $100,000 upfront and then $20,000 per month after that.

“Text messages exchanged between Bannon and Badolato, and others, confirm the payment was intended as a salary for Kolfage and that the payment would be funded by We Build the Wall,” the indictment reads. Kolfage also instructed Badolato to make at least some of the payments to his spouse and issue a 1099 tax form for the money indicating it as being used for “media.”

This story is developing…