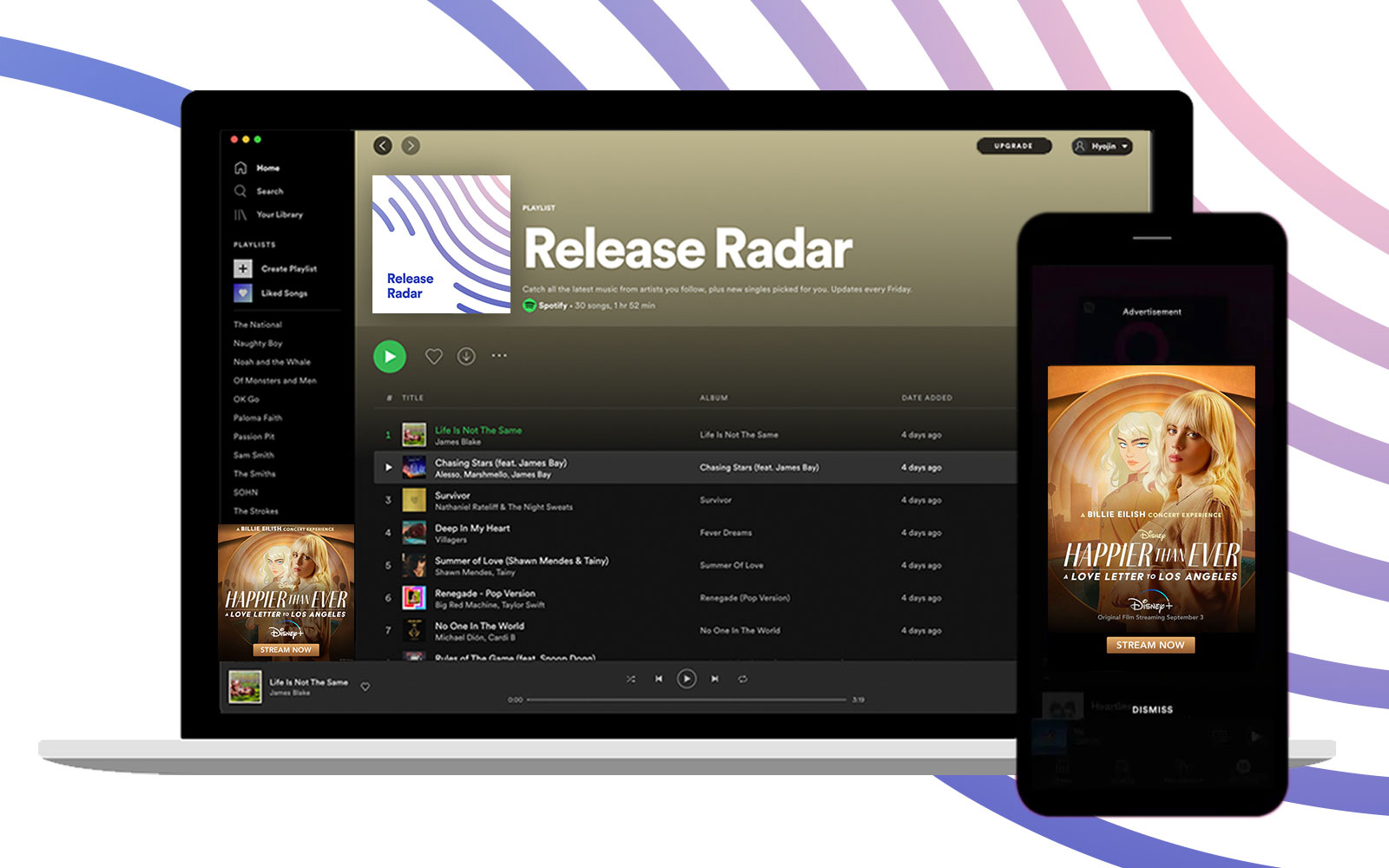 Release Radar is one of the most popular algorithmically generated playlists on Spotify, and for good reason. The mix is updated weekly with a collection of new material from the artists you listen to often. The playlist has been keeping users in the loop for five years at this point, and now the streaming service is opening it up to advertisers.

This is actually the third playlist Spotify has offered up for ads, joining Discover Weekly and On Repeat as potential sponsorship opportunities for brands. With Release Radar, Disney+ will be the first to jump on board in the US, promoting its Billie Eilish film Happier Than Ever: A Love Letter To Los Angeles. Spotify says free users will see ads in the form of audio, video and graphics and direct them to the playlist. Once inside, logos will appear on the playlist art along with messages from the sponsor at each ad break (audio and video). Along with music-focused advertisements, you’ll likely see sponsorships from gaming, automotive, fashion and tech brands as well as phone service providers. However, Spotify explains the opportunity is open to all companies, not just those that fit in the aforementioned categories. As always, Premium users won’t see, or hear, any of the sponsored content.

Release Radar has a captive audience. The playlist has been streamed over 16 billion times globally since its launch in 2016. It’s a a top-three personalized playlist for Spotify users in several regions, including North America, Latin America, Europe, the Middle East, Africa and Asia. Most listeners are 18-29 year olds, and Spotify says that group accounts for over 50 percent of Release Radar streaming.

Free users in the US should be seeing the Disney+ sponsorship on Release Radar soon, if you haven’t already. If you stream on the ad-supported tier outside of the States, sponsored messages will appear for you as well: the playlist is available for brands to advertise in 31 markets around the world.