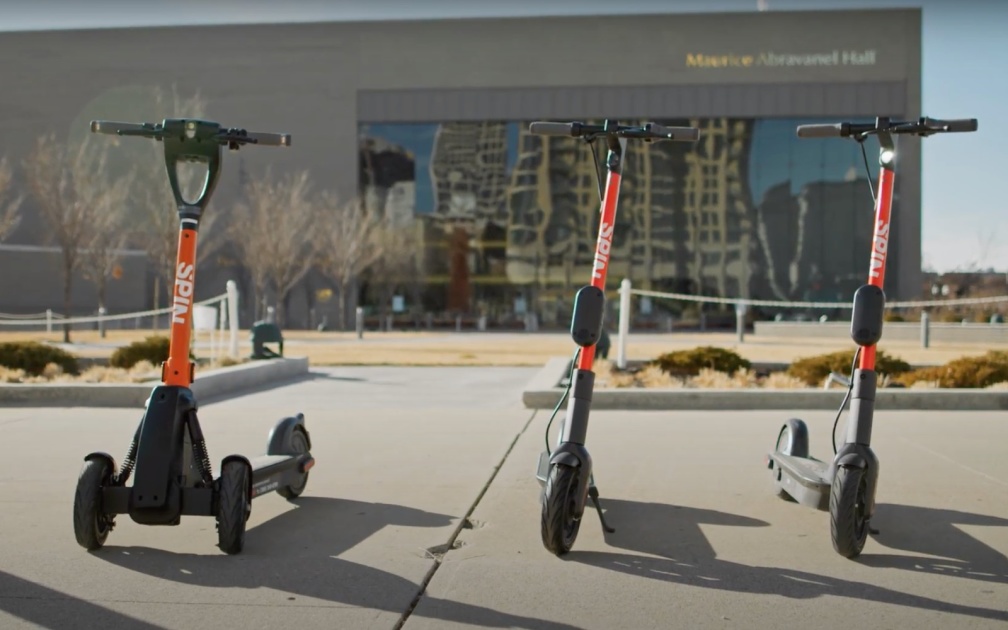 Spin will first test 300 S-200 scooters in Boise, Idaho starting this spring before bringing them to other markets in Europe and North America throughout 2021 and beyond. The company worked with Segway to design and develop the model. It features a three-wheel drive system, with another three independent braking systems. You’ll also find turn signals on the handlebars and near the rear wheel. Together, the company claims those features make for a safer ride since the S-200 can withstand more adverse road conditions.

As you might have guessed, Spin isn’t the only company trying to leverage machine learning and cameras to make its scooters smarter. Near the end of 2020, a competitor in Europe called Voi started testing its own take on the technology. Like Spin, Voi said it would help it keep its scooters from cluttering up city streets. It seems only a matter of time before more companies deploy similar features to their fleets since it promises to both streamline their operating costs and combat some of the stigma e-scooters have earned thanks to inconsiderate customers.