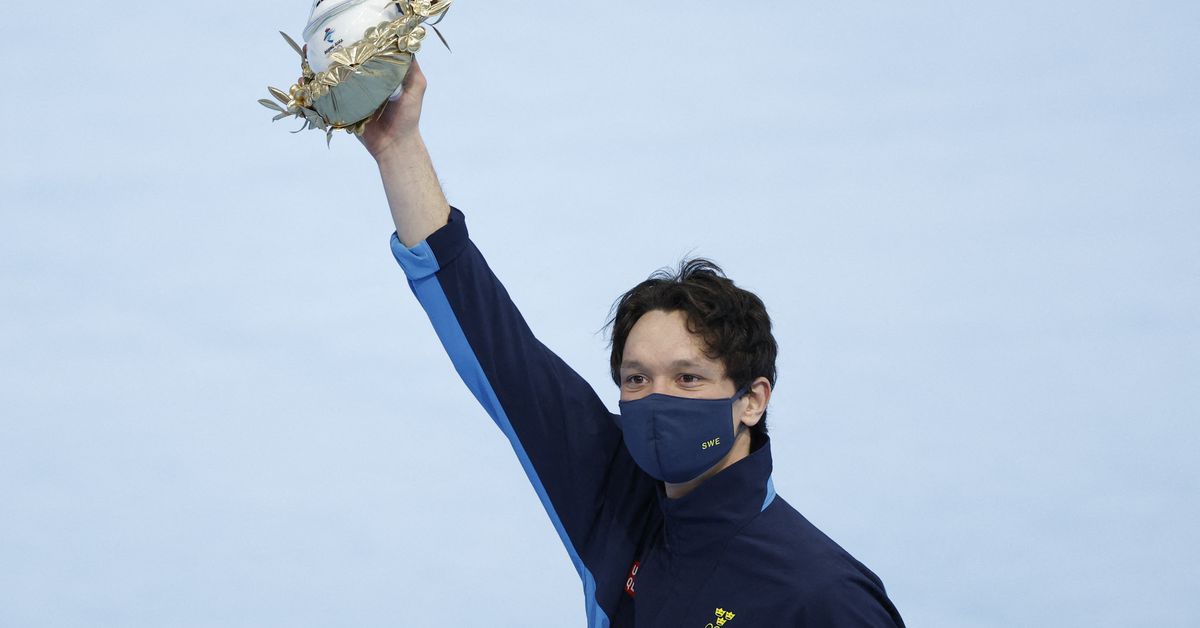 BEIJING, Feb 11 (Reuters) – The breathtaking last lap in the men’s 10,000m speed skating that won Sweden’s Nils van der Poel a second Beijing gold and a world record on Friday did not come with a conventional training regimen. read more

After finishing 14th in the men’s 5,000m in the Pyeongchang Olympics, he distanced himself from speed skating for two years and did something completely different instead: joining the military for one year and taking up ultra-running the next.

“I made it adventurous, because I knew there was a time when I would lock myself up, enduring it. I had to build up a mountain of motivation,” he said last week at the National Speed Skating Oval in Beijing.

“I did 20 ultras, 1,000 sky dives, I served in the army for a year, I did a lot of parties. I went snowboarding a lot. I went ski mountaineering. I biked the whole of Sweden.”

The time away from speed skating ultimately paid off.

In the past week, the 25-year-old won two gold medals and broke his own world record in the men’s 10,000m in a lowland ice rink. Ovals located at lower altitude are typically known to produce slower times for skaters compared to rinks at higher altitude, due to less air resistance.

“When you’re a professional athlete in a sport that sucks as much as speed skating sucks, you’ve got to find a way to make it suck a little less. Whatever you can get inspired by, you need to find. What do you have to bribe yourself with, to train more than that?” he said following his first gold medal win.

“I love the sport, more than most things, but if you want to keep loving it, you have to work for it. It is like a relationship. It doesn’t come to you.”

Unlike many Dutch skaters, van der Poel does not belong to a big team with the backing of major sponsors and for the most part trains alone.

That solitude appears to have given him time to philosophise.

“I think it’s really important that you become who you want to be, not who others want you to be.”