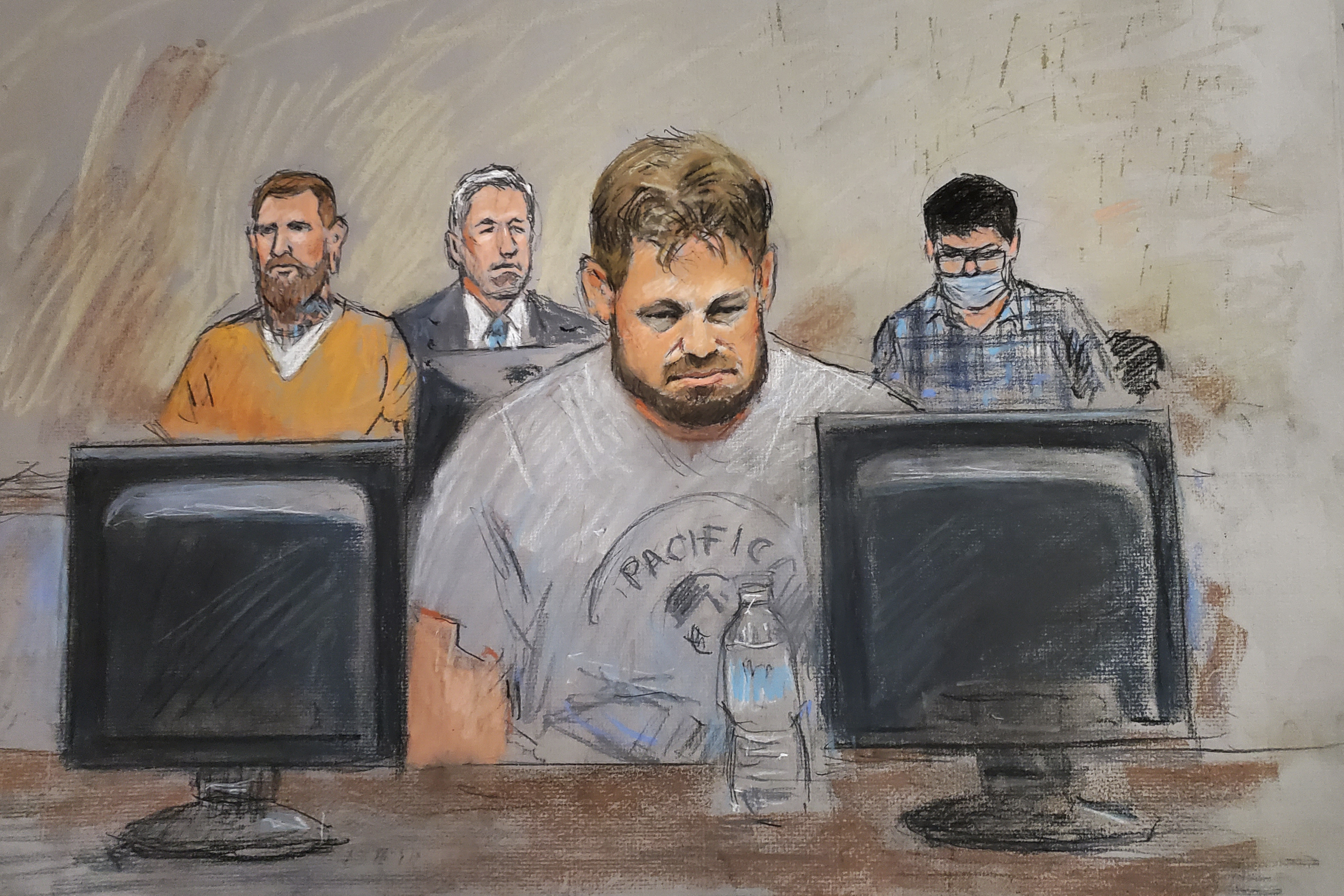 A state judge recently ruled that two of the men who plotted to kidnap Michigan’s governor did not make terrorist threats because they used an encrypted chat app to do so.

Since federal agencies and lawmakers have been trying to get encrypted comms backdoored by arguing that they are the tool of choice for terrorists, we won’t blame you if your double-take gave you whiplash. It already boggles the mind to see a terrorism charge dropped against people doing domestic terrorism things, like plan and coordinate to attack the Capitol, blow up a bridge to stop police, murder law enforcement that got in the way to kidnap a US state governor, and murder said governor. But hang on.

Just try not to strain anything when we tell you that the judge’s reason not to charge the foiled kidnappers for “threatening an act of terrorism” is because 12th District Court Judge Michael Klaeren said that using encrypted comms is the same as having private thoughts.

“After onboarding new members through mediums such as Facebook, the group’s conversations took place in encrypted chats,” reported The Detroit News. Further:

“There has to be some form of intent here to incite mayhem,” said Klaeren.

Klaeren added that an encrypted communication network, not accessible to the general public, was “in many respects no different than thinking the thought to yourself.”

Some charges still stand; they “will face charges of gang membership, felony firearm possession and providing material support for terrorist acts, but not making terrorist threats.” So, there’s a terrorism-scented charge in there. Yet it just doesn’t add up that one didn’t stand because… encryption.

See no evil, hear no evil, charge no evil

Essentially, Judge Klaeren didn’t think using encrypted comms to plot acts of, well, terrorism, met the statute for discussing terrorist plotting because the threats weren’t visible to the public. If we follow this logic, terrorists coordinating on Telegram, Facebook Messenger, or similar encrypted apps are simply engaging in idle musing.

According to witness testimony the six men who plotted “to violently overthrow the government, kidnap and harm Michigan Gov. Gretchen Whitmer” used an app called Wire.

Designed for group planning, “Wire provides the strongest security for organizations looking to protect their communications and document sharing.” Engadget reached out to Wire for comment; the company had no statement to make at this time.

We have to wonder how up to speed Judge Klaeren is on… a lot of things. For one, encrypted communications are not telepathy. Even if a conversation on Telegram is only between two people, it is not at all like the thoughts in your head; it’s a private room with a closed door.

“Under Michigan law,” Engadget reported, “a person is guilty of making a terrorist threat if they ‘threaten to commit an act of terrorism and communicate the threat to any other person’.”

We presume there was more than one person in conversations among those who got the charges dropped. Though if you told us one of these kooks was having a big ‘ol planning sesh on Wire with his imaginary Bald Eagle friend named Cooter, we wouldn’t doubt you for a minute but only then the argument might hold a drop of water.

Disturbingly, it’s among too many examples of judges, lawmakers and authorities making key, history- and life-altering decisions when they have absolutely no clue about how modern communication technologies work. It’s reminiscent of Congressional hearings where Lindsey Graham complained to Jack Dorsey and Mark Zuckerberg about Snapchat’s “addictive” features, Missouri Representative Billy Long asked Zuck what “Facemash” was, and Florida Senator Bill Nelson asked him how to stop seeing ads for chocolate.

So, if you plot crimes like kidnapping and murder of a state governor through encryption, suddenly it’s not a terrorist threat or conspiracy anymore? The FBI might disagree.

How encrypted group comms work — that they are not “thoughts you think to yourself — is a key part of prosecuting the January 6 Capitol rioters. Let’s hope those cases don’t come before Judge Klaeren (and we’ll bet the FBI feels that way, too). In the March FBI Capitol riots indictment against the “Proud Boys” leaders, Count One for Conspiracy details the use of encrypted communications for group planning.

Judge Klaeren’s decision is whiplash-inducing for numerous reasons. Along with fresh worries about setting any precedent for Capitol riots cases, Klaeren’s “private thoughts” decision is beyond bizarre for those of us paying attention to the feds’ war on encryption. Federal and law enforcement arguments against keeping encrypted communications secure and intact are the opposite of what Klaeren just ruled.

According to the FBI, encrypted comms are straight-up “out loud” zones for terrorist planning. In early March, FBI Director Christopher Wray told the House Homeland Security Committee the FBI was having a hard time disrupting domestic and foreign terrorists for reasons that included “their frequent use of encrypted communications.”

There are serious implications here. Aside from letting domestic terrorists off the hook for using a certain kind of app. If the 12th District Court decision by Judge Klaeren sets a precedent about encrypted communications and terrorists making plots, it’s a bad precedent.

Unless the judge just woke up from a coma, or returned from the Snap, there’s no excuse. Even if Klaeren meant that the would-be kidnappers’ encrypted chats are somehow untouchable or unattributable, or if he meant that encryption-protected messages are essentially private thoughts because they can’t be inferred — either way, it’s a big deal that this statement was made. And it’s one that could shift the debate if it holds up on appeal.