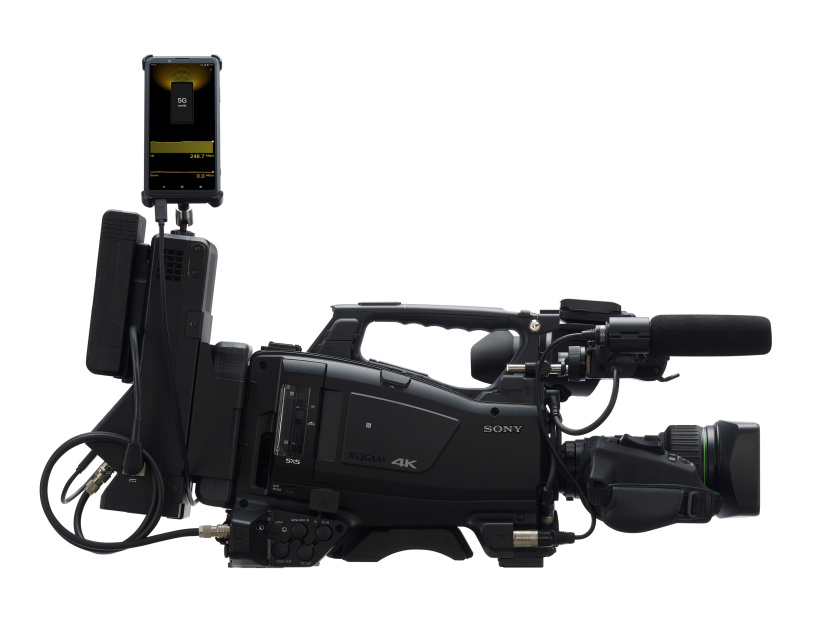 The glaring issue with Sony’s idea is that mmWave 5G is notoriously difficult to find — it’s largely limited to dense, metropolitan areas, so local news crews probably won’t be using it to cover breaking events in suburbs. Still, Sony kitted the Xperia Pro out with a few tweaks and additions to make the most of those super-fast data connections. Unlike the standard Xperia 1 ii, the Pro model packs a four-way beamforming antenna for improved network performance, and comes with a handy network strength visualizer that shows users where the most stable signal can be found. (Think of it as 5G radar and you’re on the right track.)

Apart from these pro-specific tricks, the Xperia Pro is basically just a gussied up Xperia 1 ii — it still uses Qualcomm’s Snapdragon 865 chipset with 12GB of RAM, 512GB of storage, and a 4,000mAh battery. And while Sony might prefer people use its 6.5-inch 4K OLED screen isn’t being used to frame up shots with another camera, the Pro’s rear triple camera setup is no slouch. There are three 12-megapixel sensors around back, tuned to shoot at the focal equivalents of 16, 24, and 70mm, all of which are assisted by Zeiss’s T* lens coating, optical image stabilization and phase detection autofocus. Best of all, the Xperia’s cameras can be set to shoot 20fps bursts with continuous autofocus, resulting in stills that are almost more impressive than the Pro’s 10-bit video.