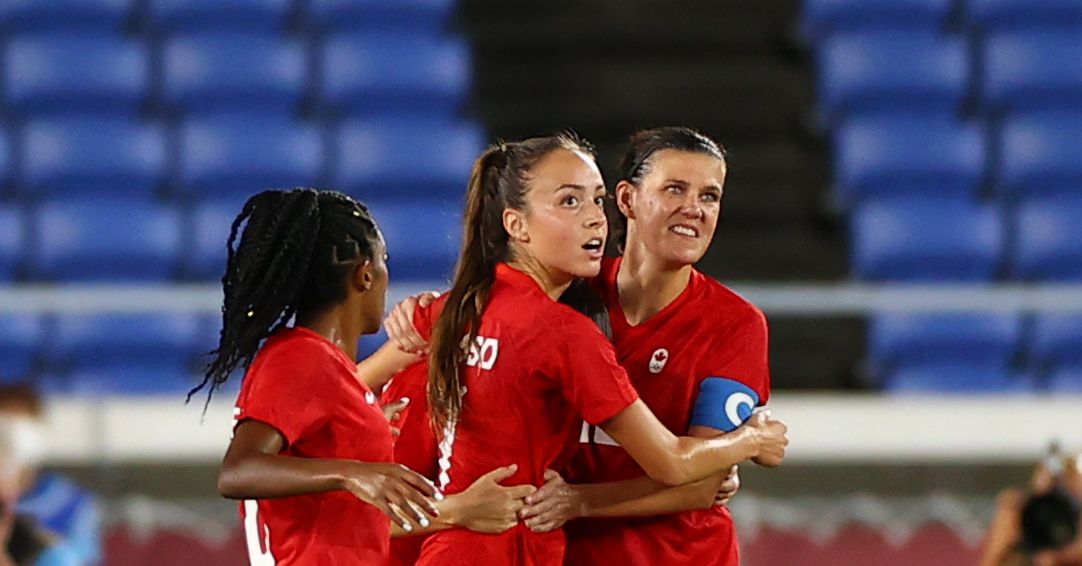 YOKOHAMA, Japan, Aug 6 (Reuters) – After two bronze medals in 2012 and 2016, Christine Sinclair finally got her hands on Olympic gold when Canada beat Sweden 3-2 on penalties at the Tokyo Games after Friday’s final ended 1-1 following extra time.

After going a goal down in the first half, the grit of the 38-year-old Sinclair and the Canadians saw them through against a Swedish side that seemed superior until they came undone in the shoot-out.

“I honestly cannot believe what just happened for the last 40 days. We had a goal coming here to change the colour of the medal and we landed on the top of the podium, just such an honour to be part of this group,” Sinclair told reporters.

“It’s such a special group, we fought through the whole tournament, we fought tonight, and managed to find a way to win.”

Playing alongside players who have idolised her since childhood, Sinclair said she no longer felt that being a senior player in the national team was a burden.

“Honestly, that’s something I felt in the past, but not with this group. This group is loaded, and I just know I need to do my job, I need to do whatever I can to help the team win,” she explained.

“In every game that’s different, I don’t have to play out of my skin for us to win. It’s great to be part of that.”

Sinclair, who has made 305 international appearances, did not rule out winning more medals.

“I headed into this tournament knowing I’m not making any decisions out of joy or sadness, depending how the tournament went. I’ve never done that in my career,” she said, her gold medal glittering around her neck.