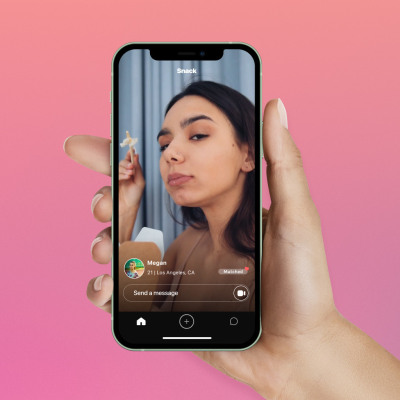 Snack, a video-first mobile dating app designed with a younger generation in mind, is opening itself up to Gen Z investors. The startup today announced the launch of its own Gen Z Syndicate on AngelList, which will allow Gen Z community members, influencers, creators and others to participate in the company’s upcoming $2 million SAFE, alongside other funds and angel investors.

The company in February announced $3.5 million in seed funding for its modern, TikTok-style dating app where users post videos to a feed which others then like in order to be matched. Snack believes videos allow users to better showcase their interests and lifestyle, as well as show off their personalities in ways static photos cannot. When two people like each other’s videos, they’re invited to direct message one another.

The experience is very much like engaging with a TikTok that’s built for dating. In fact, Snack is one of the first apps that will be adopting TikTok’s new Login SDK for third-party apps, which gives Snack’s users the ability to reshare their TikTok videos to their dating profiles.

Snack’s founder, Kim Kaplan, has a history in the dating app market. She previously led product, marketing and revenue at Plenty of Fish, which later sold to Match Group for $575 million in 2015.

“If you think about Plenty of Fish, we really launched off of Google SEO,” Kaplan explains. “Then you had Zoosk and Badoo, which launched off of Facebook — when it was a really early platform and it was easy to get traffic from it. Then you had Tinder and Bumble, which launched off of mobile-first. They were the first apps to come out and design and build with mobile in mind versus the rest of us which were desktop, trying to cram everything into a mobile phone,” she says.

“And I fundamentally believe now that the right opportunity is the distribution on TikTok, as well as influencers. I think that combination of TikTok being the new distribution channel is going to be a massive opportunity — and that’s what we’re trying to leverage,” Kaplan says.

Longer-term, Snack is likely to grow beyond the young, Gen Z demographic. Already, the app is attracting users in their 20’s and early 30’s, thanks to its TikTok ties. But as TikTok naturally ages up, so will Snack.

Snack began fundraising in September of last year, then hired the team, built the app and launched in late February. 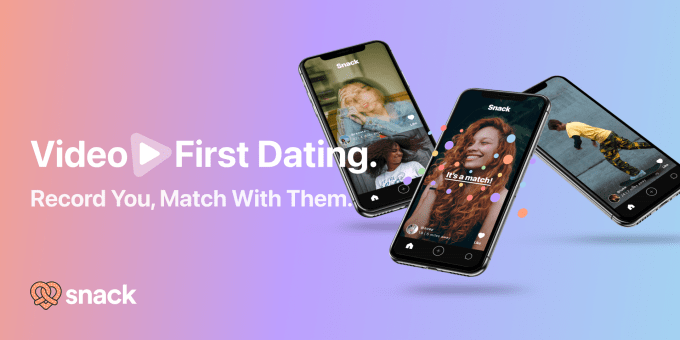 “We’re only about eight weeks into this right now, but we’re seeing a lot of excitement, a lot of user growth,” Kaplan says. “Because of that excitement that’s kind of building, people — a lot of really interesting people — came to the table and said they wanted to invest. But I didn’t have any room left in the previous rounds, so I decided to open up a SAFE.”

As part of that SAFE, Snack is carving out a certain amount to create its own syndicate. That way, Kaplan notes, “we don’t have any carry fees with another person, and [we’re] opening it up to Gen Z investors that want to participate in the round.”

Originally, the carve-out began at $100,000 but there is already enough interest that Kaplan says she expects it to go higher — perhaps a couple hundred thousand or larger, based on demand.

Among the Gen Z investors are VCs who have heard about Snack, but whose fund primarily invests at a later stage. Others are just people the company has been working with and getting advice from while building out the the app.

For example, Kaplan had reach out to the Gen Z Mafia, a group of technologists working to make venture capital and startups more inclusive, to help consult on Snack. The group’s leaders, Emma Salinas and Nicholas Huebecker, are credited with helping Kaplan come up with Snack’s pretzel logo and its brand name.

“Video first dating allows a unique sense of expression that you can’t portray with a few well-crafted words and filtered pictures,” said Huebekcer, of his interest in Snack. “For a mobile-first generation, this new form of authenticity will grow to be necessary. Snack allows users to express their real selves just like they do on TikTok, Snapchat, and other platforms we love,” he added.

“I want Gen Z to have a seat at the table and help shape what Snack becomes,” says Kaplan. “I want them to have that voice and participate, and be a champion for Snack,” she adds.