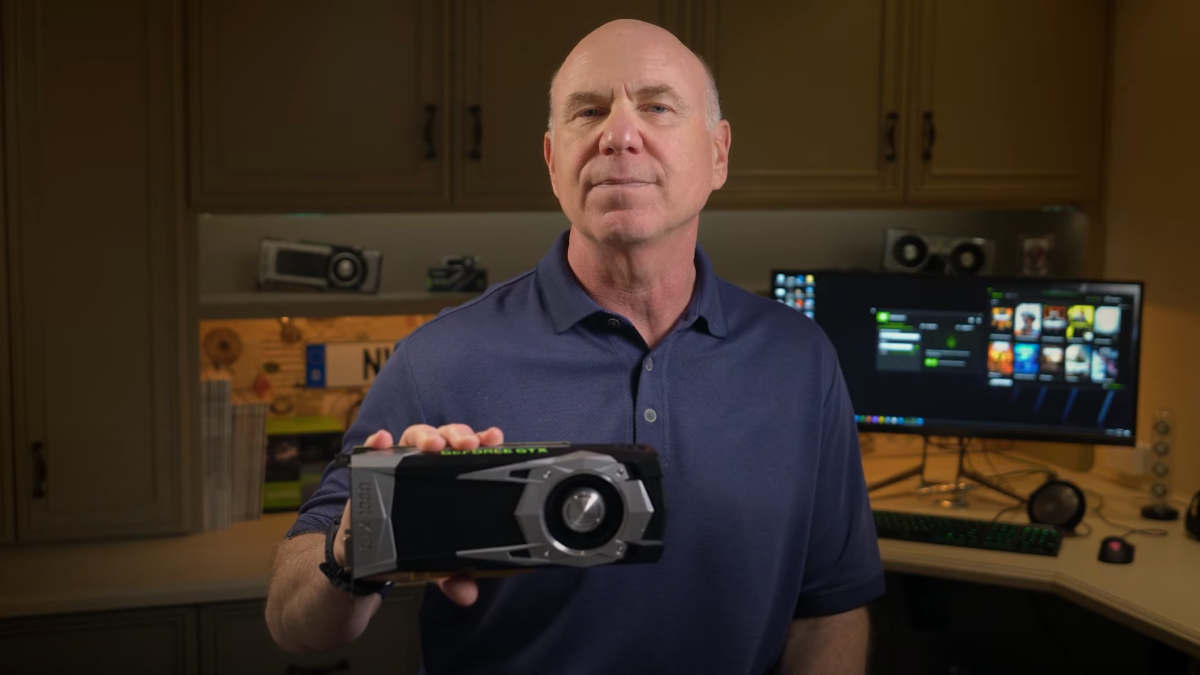 Nvidia just announced its entry-level 3000-series graphics card, the $329 GeForce RTX 3060—otherwise known as the best way to get ray-tracing in your games without breaking the bank. Normally, I’d take a moment to say that you shouldn’t preorder anything without seeing how it plays, whether that’s a game you were looking forward to or a graphics card that has yet to be put through its paces by reviewers and enthusiasts.

However, we live in strange times. There’s a huge shortage of GPUs, exacerbated by hungry, quarantine-stuck fans who want to upgrade their rigs with graphics cards that let them play the latest titles at 4K resolutions and absurd quality settings. In other words, there was already a pretty big pent-up demand. Now, throw in a bunch of scalpers who have sucked up a lot of the inventory with bot networks so they can resell these cards at large price multiples, and life really sucks if you’re just looking to give your aging gaming PC a boost.

Here’s my thought: If you’re on the fence about an upgrade, go ahead and try to preorder the GeForce RTX 3060. You can always return it if you find out later that it doesn’t provide as much of a graphical oomph as you were hoping for—or if you luck out and actually get a chance to order, say, a GeForce RTX 3080.

But of course, it’s not quite as simple as that. As an entry-level card, the GeForce RTX 3060 isn’t designed for everyone, and I wouldn’t flock to it because you can’t get anything better. You need to know what makes the most sense for your setup to figure out the lowest-tier graphics card that would give you a decent upgrade.

For example, if you’re rocking a 4K monitor and looking to do some ray-traced gaming in a bunch of modern, graphically intensive titles, I’m concerned that the RTX 3060 won’t be enough of an upgrade. According to Nvidia’s own benchmarks, which tend to be a little more generous than real-world testing, the RTX 3070’s performance across a number of games (with no resolution mentioned) sits somewhere between its RTX 2060 and RTX 3070 cards. And, yes, I’m making an assumption on that last point, but I doubt Nvidia would release a lower-tier card that’s faster than a higher-tier card so soon after the latter’s debut. That’s just not good business.

Turning to some benchmarks, courtesy of Overclockers Club, an RTX 3070 and an RTX 2060 dish out the following frame rates at 4K resolution, top quality settings:

While I don’t think the performance of an RTX 3060 is going to sit exactly in the middle of what you’d get from an RTX 2060 and an RTX 3070, I think it’s safe to say that you won’t see RTX 3070-like performance with your RTX 3060 card. So, if you’re looking to game at 4K with top-quality settings and ray-tracing kicked up, you’re going to have to be very picky about which games you’re playing to get anywhere from eh to so-so performance. And your frame rates will never hit your monitor’s refresh rate.

In this case, I think it’s worth holding out for an expensive RTX 3080 card. It’s the best card you’ll be able to get in the GeForce lineup for 4K gaming (excluding the overly expensive and not-for-gamers RTX 3090), and it’ll give you a lot more future-proofing for graphically painful titles that have yet to come. It doesn’t really make sense to upgrade to an RTX 3060 if you’re doing 4K gaming—not unless you’re willing to sacrifice quality. And if that’s a trade-off you’re willing to make, I’d hold out for more benchmarks to see just how far you have to crank your settings down for the frame rates you’re trying to achieve.

The RTX 3060’s sweet spot appears to be 1080p gaming. You should, in theory, be able to get much closer to that fabled 60 frames-per-second in fairly punishing titles (with quality settings cranked up and ray-tracing enabled). And if you don’t care about ray-tracing, or are willing to kick your game to slightly less than the top quality setting, I think you’ll get a solid graphical upgrade if you’re coming from anything worse than a single-GPU, GeForce RTX 2000-series Super card. (If you’re sporting a dual-GPU 2000-series card or one of the Super-branded cards, I probably wouldn’t upgrade to an RTX 3060.)

If you’re a 1440p gamer, the decision gets trickier. Assuming you want to max out your quality settings and use ray-tracing in all supported titles (including those that don’t use DLSS), the RTX 3060 should get you at least 30 frames per second in most modern, graphically demanding titles—save for more extreme games like Cyberpunk 2077, if you’re cranking your settings to the absolute max. I’d still hold out and spend an extra $170 for the RTX 3070, though; you’ll have to compromise a little less to get close to 60 frames-per-second in punishing games.

Nvidia’s small family of graphics cards makes it kind of easy to figure out what you need based on your gaming system:

As always, if you’re concerned about performance above all else, wait for official benchmarks to hit and make your decision about the next card you buy from what you learn there. I think it’s always best to buy the absolute fastest graphics card you can afford, but given supply constraints, I get that some gamers might be itchy to just have a pretty good upgrade instead of the best upgrade.

When you’re comparing cards, don’t just look at the frame rates; think about what games you play, what settings you typically use, what settings you’re willing to compromise on, and how that all factors into a cost-per-frames analysis. As I illustrated previously, if a card only gets you a meager performance boost for a hefty price increase, it might not be worth it for the budget-conscious unless it’s really pulling you from “unplayable” to “playable” territory. At least, that’s how many people have approached Nvidia’s flagship GPU, the RTX 3090; it might be the fastest you can get from Nvidia, but its price just doesn’t justify the boost. Use the same smart approach to figure out whether the RTX 3060 makes sense for you.