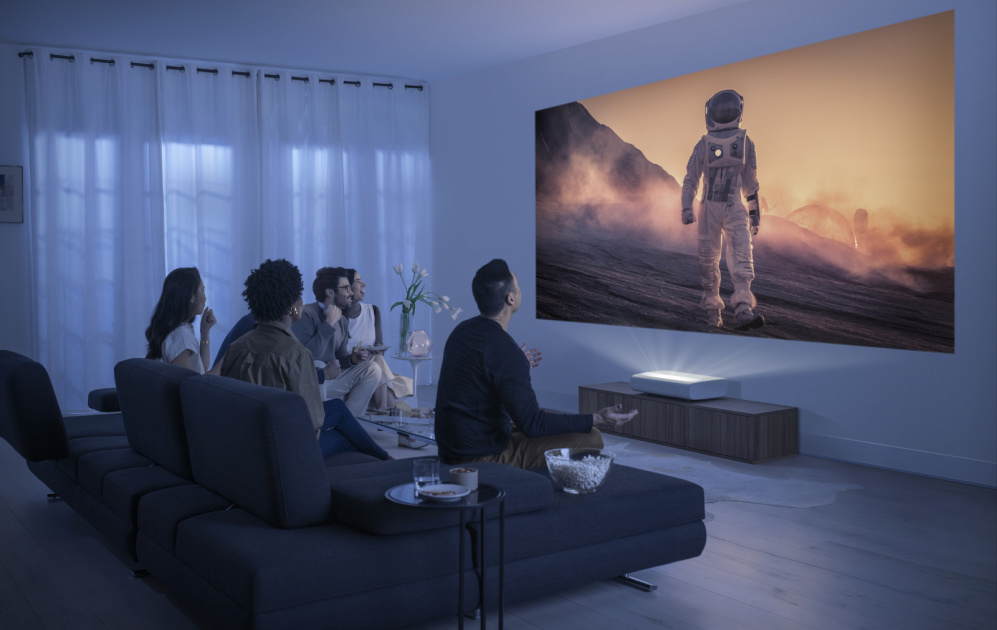 “Over the past few months, we have seen how consumers are spending more time at home and how the role of everyday life continues to change. TV has become the center of entertainment, a fitness partner, a co-worker and a source for news. The Premiere re-imagines the home cinema experience with an all-new, compact design, 4K picture quality and big sound for tight spaces that can be used for any at-home activity and living room arrangements.”

In addition, both Premiere models will come equipped with Samsung’s Smart TV platform, so viewers can access all the streaming apps they want and take advantage of mobile connectivity features, such as mirroring. They’ll come with Filmmaker Mode, as well, which strips content of motion smoothing, enabling viewers to enjoy movies as the filmmakers intended.

While the models have similar feature sets, they do have another difference aside from the sizes of the images they can project: The LSP9T supports HDR10+, making it the first projector certified for the standard. If you’ll recall, Samsung and Amazon launched HDR10+ as an open standard alternative to Dolby Vision back in 2017, and most of the Korean tech giant’s newer TV models already support the feature. HDR10+, Samsung said back then, can adjust brightness on a “scene-by-scene or even frame-by-frame basis.”

The Premiere will be available starting later this year in the US, Europe, Korea and other regions, but Samsung has yet to reveal how much it will cost. It calls the projector the “new anchor product” in its lifestyle product portfolio, though, so it mostly likely won’t be one of its more affordable devices.