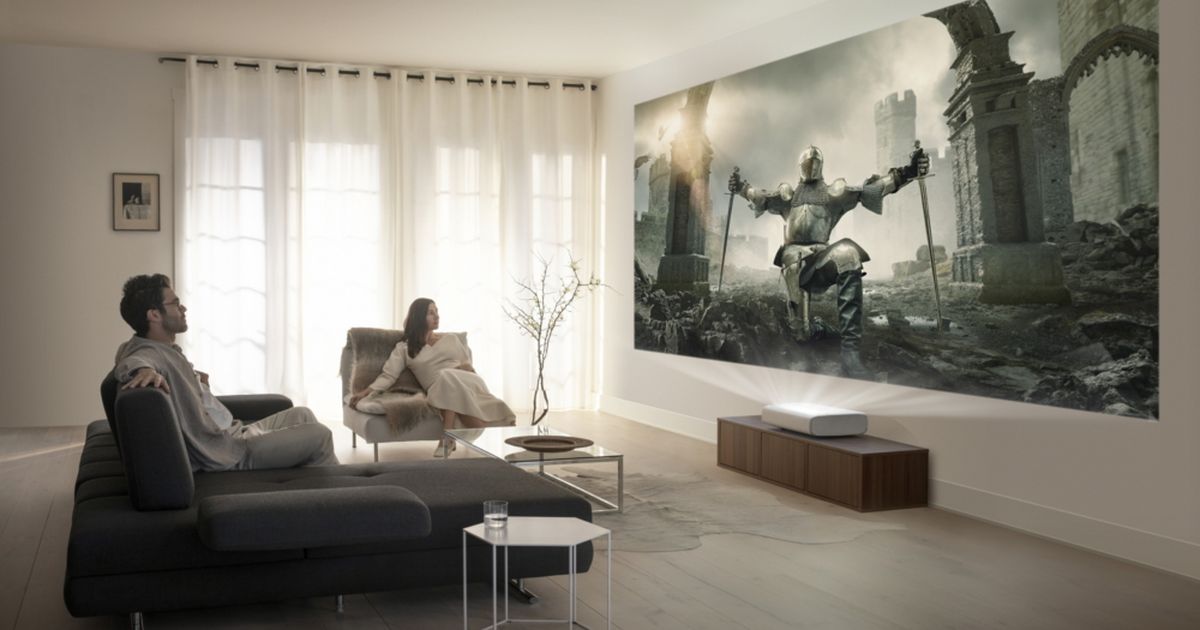 Have a big, blank wall to fill, but don’t like TVs?

That’s because ultra short throw projectors can be placed right next to a wall, so you don’t have to worry about someone getting in between you and your favorite movie.

The Premiere comes in two flavors; the 130-inch LSP9T and the 120-inch LSP7T, and has a peak brightness of up to 2,800 ANSI lumens. It supports HDR10+ tech, Samsung’s Smart TV platform, and comes with built-in subwoofers and Acoustic Beam surround sound.

The Premiere is part of Samsung’s Lifestyle product portfolio, where the Frame, Sero, Terrace, and Serif reside.

Those products are typically pricy, and given The Premiere’s specs, it likely won’t be very affordable either. But Samsung didn’t share details about price or availability at this time. The only thing we know is that it will roll out in the U.S., Europe, Korea, and other regions “later this year.”