Yesterday’s overflow Galaxy Unpacked event was about one thing and one thing alone: the Galaxy Z Fold 2. Honestly, it was a bit anticlimactic after its predecessor found Samsung unveiling five new devices. But the singular focus wasn’t for lack of new stuff to show off. In fact, the company just unleashed a whole slew of new products across a wide range of categories, including a gaming monitor, charging pad, refrigerator and washing machine.

There are two in particular I’d like to break out here, however: the new Galaxy Fit 2 band and A42 5G handset. The latter in particular is worth highlighting, given the company’s huge push into 5G this year. Samsung is betting big on pushing early and hard on the next-generation wireless tech.

Early this year, the company announced that it would be standardizing 5G across its flagship products. The company has also made a major push toward embracing the tech on its budget devices, including the A7 and now the A42. 5G hasn’t quite turned out to be the market correction the industry was banking on, due in no small part to a slowdown in sales from the pandemic. Certainly few banked on that. But while Apple has yet to announce a 5G iPhone (give it a month or two, mind), Samsung’s already loaded up.

And importantly, the A42 looks like it may be Samsung’s cheapest 5G offering (though we’re still waiting on exact pricing). Honestly, Samsung wasn’t particularly chatty about the device during an IFA-tied event. Though we do know there’s a quad-camera system and a 6.6-inch display. Honestly, one of the most remarkable things about 5G is how quickly affordable devices have hit the market, thanks in part to the efforts of component makers like Qualcomm. 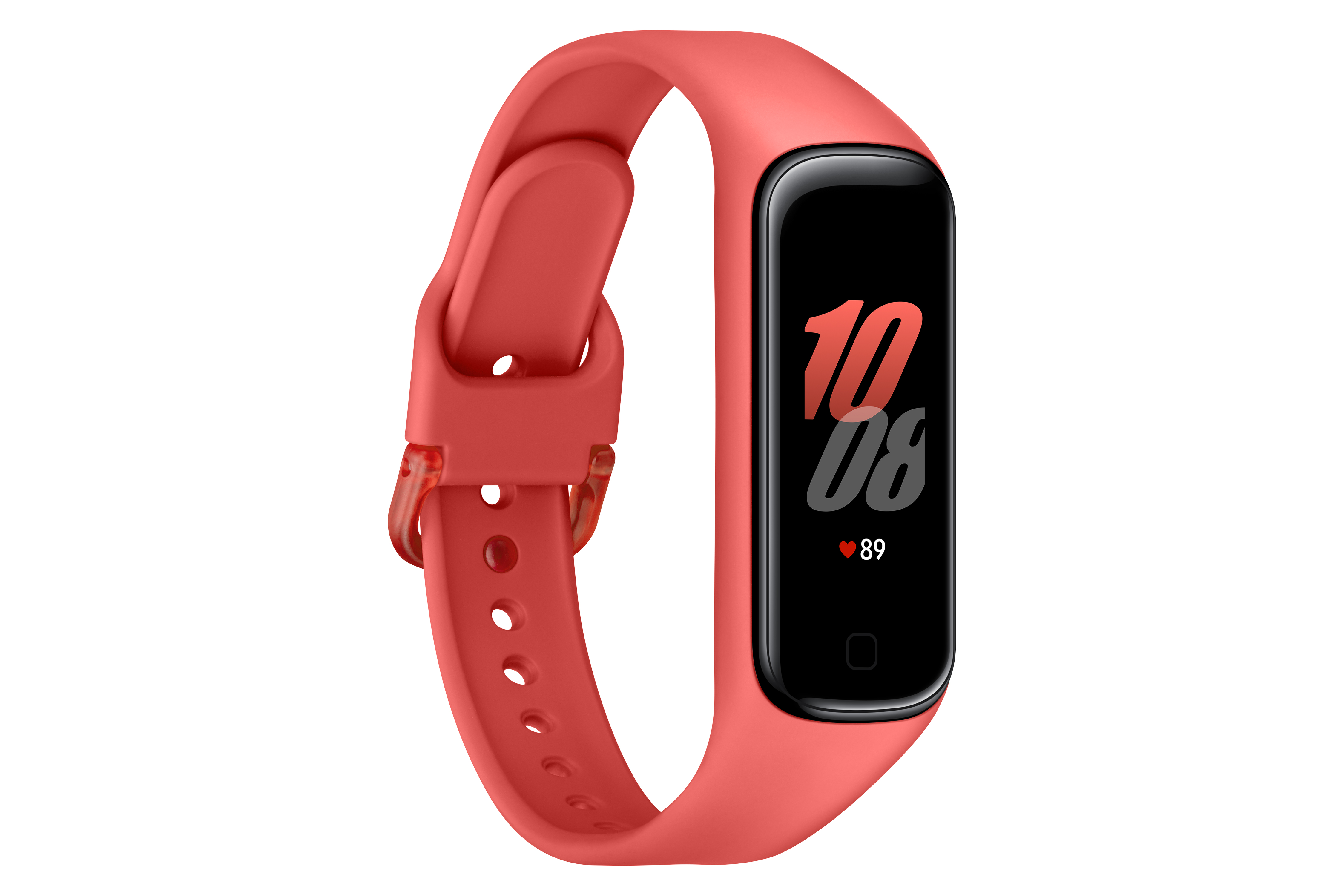 The Galaxy Fit 2 is notable mostly for the inclusion of a 15-day battery (per Samsung). It can autodetect five different kinds of workouts and monitors sleep. It’s nice to see Samsung still offering something up to the dwindling tracker market, even as its (and the world’s) focus has clearly shifted over to smartwatches.