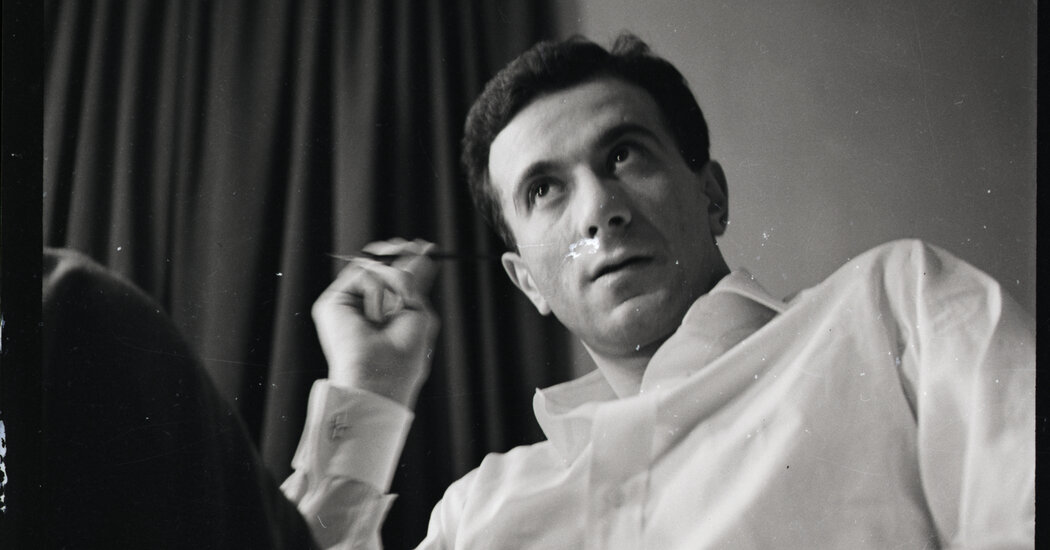 But by the 1960s, Petit’s theatrical flamboyance and onstage sexual provocativeness were less well received. When he created a version of “Pelléas and Melisande” for Margot Fonteyn and Nureyev in 1969, the reviews weren’t kind. “Loyalty is a great virtue, but the Royal Ballet’s loyalty to the French choreographer Roland Petit rather resembles the loyalty of the Ancient Mariner to his albatross,” Clive Barnes wrote in a New York Times review, going on to criticize the “the fantastic banality of the choreography which appears to envision triteness as a new lifestyle.”

Fonteyn’s belief in Petit’s talent might well have come from her experience of creating a role in his 1948 “Les Desmoiselles de la Nuit,” which she performed with his company in Paris. In that role, Verdy said, Fonteyn showed a hitherto unsuspected sensuousness, a quality that Petit knew how to evoke in his ballerinas.

“He was very ahead of his time in creating really strong female characters,” Rojo said. “The unashamed sexuality on the stage was shocking at the time.”

After a sojourn in Hollywood, where he choreographed a number of films in the early 1950s (including “Hans Christian Andersen,” “The Glass Slipper” and “Daddy Long Legs”), Petit returned to France. He bought the Casino de Paris, staging reviews for his wife, had a short-lived stint in 1970 as director of the Paris Opera Ballet, then became the founding director of the Marseilles Ballet in 1972, where he remained until a contentious parting in 1998.

During those years, he created a prodigious number of ballets (his total output is around 170 pieces), often based on literary sources. But after he withdrew the rights to his dances from the Marseilles company, most disappeared from the stage.

“If work isn’t seen, other artistic directors don’t have the chance to think, ‘I’d like that piece for my company,’” said Ariane Dollfus, a French journalist who is writing a biography of Jeanmaire. “It’s a pity because many are very good.”