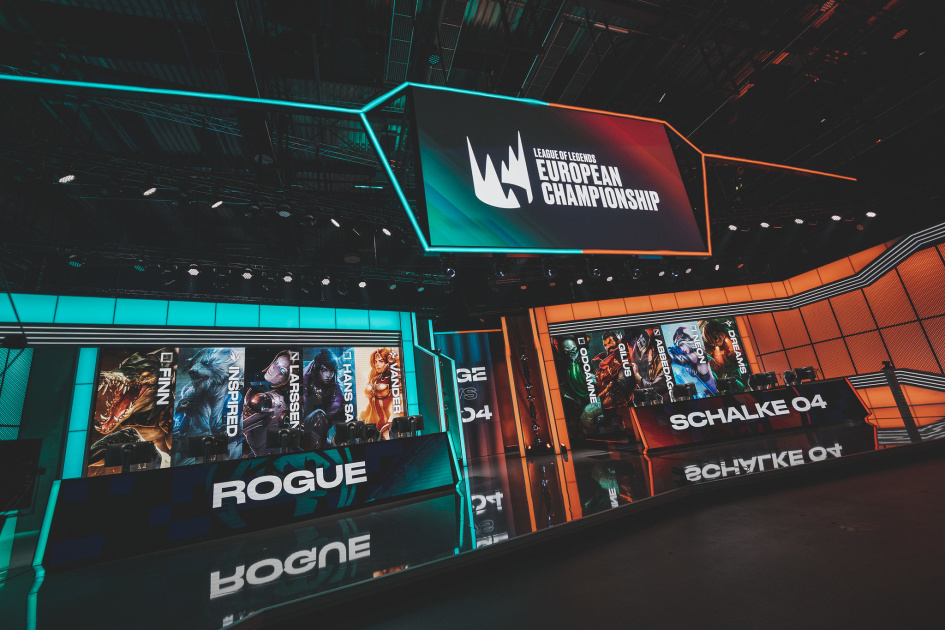 “I am let down by the LEC today,” Indiana ‘Froskurinn’ Black, an LEC caster tweeted shortly afterwards. “There have been many good days to be a member of the LEC team, today is not one of those days,” fellow caster Daniel ‘Drakos’ Drakos tweeted. Other members of the LEC broadcast team, including Andrew ‘Vedius’ Day, Trevor ‘Quickshot’ Henry, Eefje ‘Sjokz’ Depoortere, Aaron ‘Medic’ Chamberlain, Christy ‘Ender’ Frierson and Laure “Bulii” Valée shared similar remarks online that day.

This is disappointing because this is the LEC. It’s my team, my product, my managers, my office.

My family. My home.

This isn’t someone far away in HQ that I don’t know. This is devastating because I know who made these choices and I feel silenced.

Those views were quickly repeated and amplified by LEC viewers on Twitter, Reddit and other social media platforms. Many felt it was egregious for the LEC to tweet about the partnership with a display picture that showed an LGBTQ+ version of its logo. Other esports commentators, including those who work on the League of Legends Championship Series (LCS) in North America, echoed the community’s disappointment on Twitter. “My disappointment is immeasurable,” James ‘Dash’ Dash, an LCS caster tweeted. “I adamantly do NOT support this partnership.”

Neom’s development has been controversial. The so-called ‘Mega-City’ was announced by Mohammad bin Salman, the Crown Prince of Saudi Arabia, in October 2017. As the Guardian reports, the project requires land that is currently occupied by the Huwaitat tribe. One member, Abdul Rahim al-Huwaiti, was killed by Saudi security forces in April after explaining in a video that he and other tribe members were facing eviction. Saudi Arabia’s state security confirmed his death, according to the BBC, but alleged that he had shot at the country’s security forces, giving them no choice but to exchange fire.

Saudi Arabia has a long history of human rights abuse.

Saudi Arabia has a long history of human rights abuse, too. Homosexuality is illegal in the country and women’s rights are heavily restricted, for instance. In October 2018, Jamal Khashoggi, a journalist for the Washington Post and critic of the Saudi government, was murdered inside the country’s consulate in Istanbul. As the BBC reports, Saudia Arabia initially denied any knowledge of the killing, but Shalaan al-Shalaan, the country’s deputy public prosecutor, later said the murder had been ordered by the head of a “negotiations team” sent to bring Khashoggi back to Saudi Arabia.

Today, members of the LEC commentary team said they were happy with the reversal. Quickshot tweeted: “I’m happy the decision was reversed, but I’m sad it happened in the first place.” He later added: “Trust has been damaged internally and externally and you’ve seen it and experienced it. It will take time to repair, and I ask that if you trust me, trust that I’m doing what I can internally and externally.” Medic wrote in a separate post: “I woke up to good news but still feel dejected. I’m so sorry to LEC fans that this ever happened. It is not what I stand for.”

It’s been a tough few days. These are not easy challenges. Lots to do.

The LEC was originally called the EU LCS. It was renamed and rebranded in early 2019, though, to further separate its league and image from the North American LCS. That transition has been a huge success and allowed the LEC’s organisers to strike sponsorship deals with a wealth of household brands including Kia and KitKat. Esports have fared better than traditional sports during the COVID-19 pandemic but are still under pressure to reach profitability. Riot has hinted in the past that it needs to increase revenue in order to make its esports business sustainable and avoid cutting costs. Chris Greeley, the Commissioner of the LCS, told the Washington Post that he expects the North American league to turn a profit next year, however.