The hype that surrounds the Irishman when he fights is like nothing else in the UFC – he puts eyes on MMA which often wouldn’t give the sport a second glance.

When the 32-year-old meets Dustin Poirier on Abu Dhabi’s Fight Island this Sunday for UFC 257’s main event, it will be the next chapter in an extraordinary story.

BBC Sport looks back at the iconic moments that have made Conor McGregor one of the world’s most recognisable athletes. 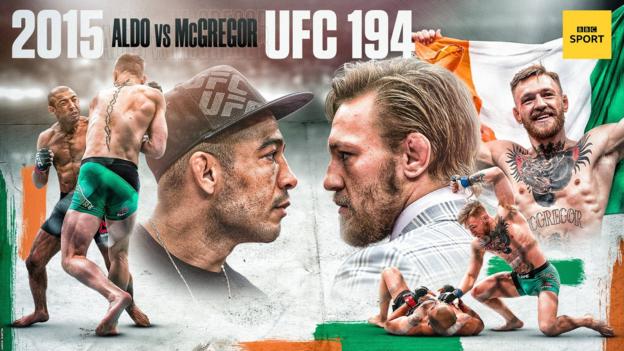 This was the fight that made you believe the hype.

Brazilian Jose Aldo went into UFC 194 as the promotion’s number one pound-for-pound fighter – and its most dominant featherweight champion.

For months, McGregor cemented his ‘Notorious’ nickname by taunting Aldo in front of the media.

He repeatedly insulted Aldo in Portuguese and infuriated him by stealing his UFC title, right in front of his eyes.

It was the biggest test of McGregor’s career and he passed with flying green, white and orange colours, shouting “Ireland baby, we did it!” in delight.

The world had taken notice. 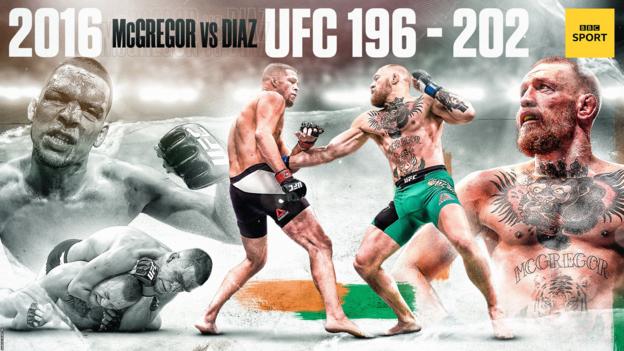 Following the win over Aldo, McGregor set his sights on more history.

A lightweight title bout against Rafael dos Anjos was set up, where McGregor would aim to become the first UFC athlete to hold two world titles simultaneously in two divisions.

It never happened. A broken foot forced Dos Anjos out of the fight, and left UFC president Dana White to find a replacement.

At only 11 days’ notice, fan favourite Nate Diaz was named as McGregor’s opponent and one of UFC’s most popular rivalries was born.

American Diaz and McGregor took part in two welterweight non-title contests, with Diaz winning the first at UFC 196 by submission and McGregor gaining revenge at UFC 202 with a decision victory.

The big personalities of the two fighters – together with trash talking and exciting stand-up games – gripped fans, with both events holding spots in the UFC’s top-five most bought pay-per-viewsexternal-link in history.

Now, about that potential trilogy fight… 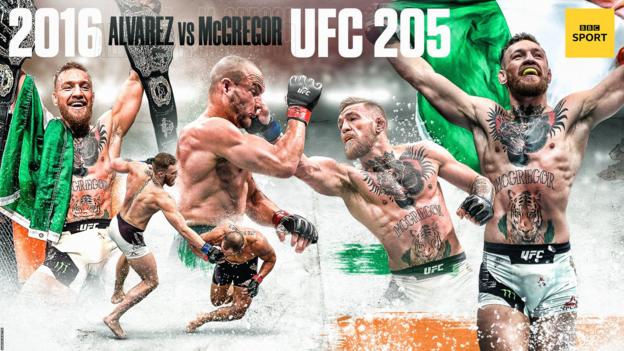 Many critics point to McGregor’s lightweight title win against Eddie Alvarez in November 2016 as his finest moment.

As he headlined the UFC’s first New York event, the Irishman became its first fighter to hold world titles simultaneously in two divisions.

In a stunning display of timing and precision, McGregor delivered a left-right left-right combo in round two to knock out the American and secure his place in the history books.

“He didn’t just do it; he did it flawlessly,” said UFC commentator Joe Rogan.

And then came that famous post-fight interview.

“I’ve ridiculed everyone on the roster, and I’d just like to say from the bottom of my heart I apologise… to absolutely nobody,” said McGregor. 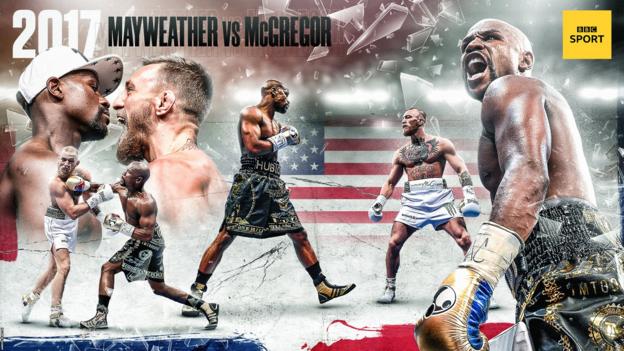 It was dubbed the ‘Money Fight’ and the ‘Biggest Fight in Combat Sports History’: McGregor against boxing great Floyd Mayweather.

To win on your professional boxing debut against someone with a 49-0 win record was surely a step too far, even for McGregor.

But incredibly, after the first few rounds in Las Vegas, people started to believe…

“Floyd Mayweather is not used to being bullied like this,” said MMA fighter Michael Page.

Parity was restored as the fight wore on, with the American Mayweather’s superior cardio and boxing experience proving key as he stopped the Irishman in the 10th round.

But for those first few rounds, McGregor had many people convinced, boxing purists included, that he could pull off the impossible.

Not a bad night’s work. 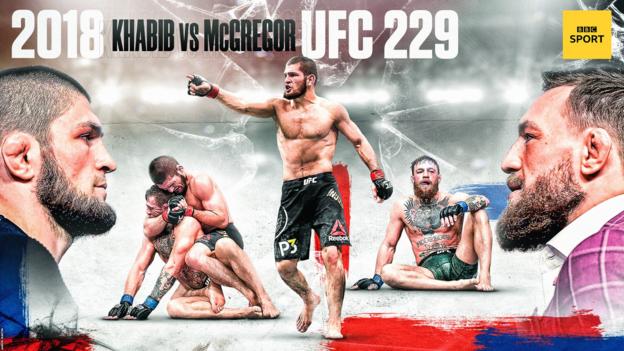 Next up for McGregor was a return to MMA in the biggest and perhaps most controversial fight in UFC history.

The rivalry with the undefeated Khabib Nurmagomedov was bitter, marred by a succession of unsavoury incidents, which climaxed in dramatic fashion at UFC 229.

McGregor’s signature pre-fight mental warfare, which worked so well against Aldo, had an adverse effect on Nurmagomedov.

The Russian took his anger out on McGregor, famously shouting “let’s talk now” as he delivered vicious ground and pound during the fight.

After winning by submission in the fourth round, ‘the Eagle’ then uncharacteristically jumped out of the cage to attack one of McGregor’s team-mates, sparking mass brawls in and out of the octagon.

The defeat was undoubtedly one of the lowest moments of McGregor’s career. The aftermath made it unforgettable.

Anyone for a rematch? 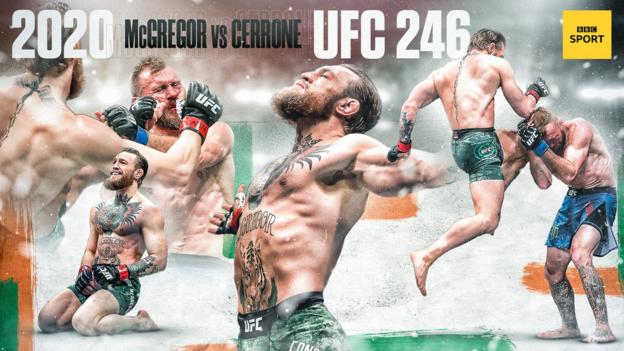 McGregor had more than a year away from the octagon after losing to Nurmagomedov, then returned in January 2019 to face Donald ‘Cowboy’ Cerrone.

In a fight some critics suggested could be difficult, citing Cerrone’s dangerous kicks, the Irishman silenced doubters with an elite performance in Las Vegas.

After breaking Cerrone’s nose with some unconventional shoulder strikes, McGregor rocked him with a head kick and a flurry of punches before the referee stopped the fight inside 40 seconds.

In beating the veteran American, McGregor became the first person to win by knockout in three different UFC weight classes. 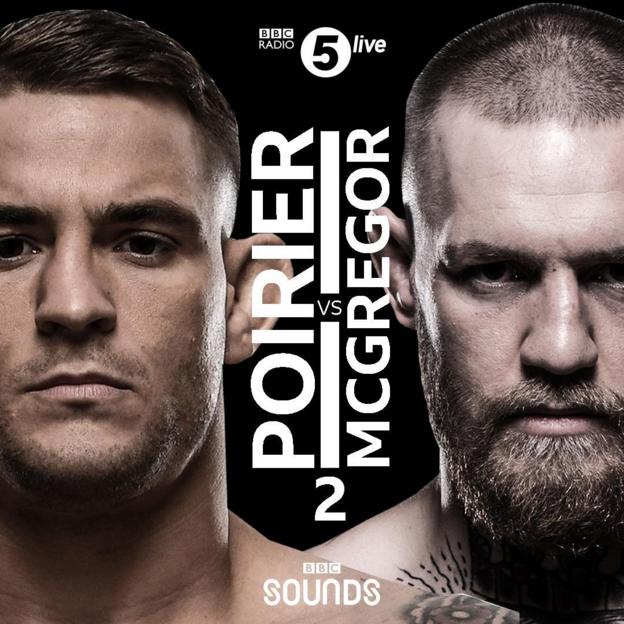 Whether you love him or hate him, there is no fighter in the world quite like Conor McGregor.

Which moment, from his extraordinary career, stands out for you? Cast your vote below.

If you are viewing this page on the BBC News app please click here to vote.