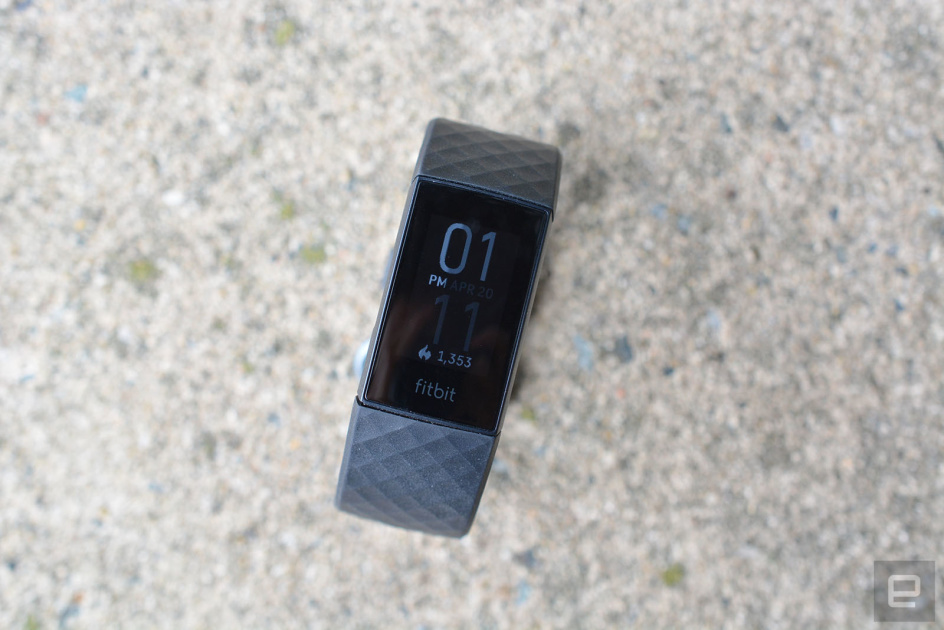 Fitbit claims the Charge 4’s battery can go seven days with regular use, and five hours with GPS enabled. This was reinforced by both Valentina’s and our users’ experiences. Valentina still had 20 percent battery after three days (which included a few hour-long GPS sessions), while Dan said he was “just a couple of hours short of seven days since my last charge and I still have 28 percent of the battery remaining.” However, he also found that “the built in GPS takes like 20 percent of the battery on an hour long walk … This was disappointing. Then Fitbit released an update that lets me use the GPS on my phone instead of the built-in GPS. Problem solved.”

Mark had the opposite experience, finding the GPS antenna “woefully weak and inadequate for the task at hand.” He was frustrated by the time the watch took to scan for, connect and stay linked to a GPS signal. “Just hope that nothing blocks signal visibility, like a forest, a two-story building or a light cloud cover. It can, and will, lose signal should any of the aforementioned ‘obstacles’ occur — and finding the signal again requires you to restart your activity.” K also experienced issues here, as the “device randomly stops tracking my GPS during workouts. Sometimes it happens two miles in and sometimes it just records a few data points altogether.” Dan got luckier, saying his only gripe (in addition to the GPS drain) was “sometimes when I turned over at night, the screen would light up and was blindingly bright.” However, he found “you could prevent this from happening by setting a sleep time which requires you to use the button on the side to turn the screen on.”

This is where the majority of our users ran into problems. The built-in NFC payment function was not among them, with K reporting that it “works like a charm. I didn’t have to retry tapping and waving like I used to at times with my Wear OS device.” Mark liked this feature too, calling it “another nice addition, provided it works with your bank or card.” K also felt good about the sleep tracking and smart wake up options, which worked well for them. Dan liked that he could see “steps, heart rate, calories and distance walked on the screen at once. I used to have to swipe several times to do that on the Alta HR.”

But there was much more mentioned in the cons column. Edgar had issues syncing the phone and using multiple profiles on it. “The app would always show that the watch was not charging, which makes it impossible to continue with the [installation] process … Before setting it up, it just shows either a smiley or the Fitbit logo, nothing more. After many attempts, I was able to connect the watch to my wife’s phone.” He also ran into problems trying to wipe user data to set up the watch for another profile. “In order to not mess with her data, I decided to create an account for me and connect the device with my phone. The second time doing so, I had no success at all. I tried everything.” Edgar was also upset that “until it is connected with a smartphone, it does not work even as a normal watch.”

K, who found the user interface challenging and experienced problems with workout tracking, mentioned that the “screen timeout is annoyingly short, even on the long setting.” They also said “password unlock is a pain to use,” there was “poor native syncing with other fitness portals” and that it is “sadly undermined by its own software.” However, “the good news is that the software could easily be refined to be better.” Mark’s drawbacks were the cumbersome Spotify integration and the Premium paywall, which locks away sleeping heart rate data unless users pay to upgrade.

The average user score for the Charge 4 was a stinging 64. Mark said that “on paper, the Charge 4 is everything, and more, you could wish for in a fitness wearable: small form factor, good looks, water resistance, HR sensor, GPS, NFC, seven days of battery, an SPO2 sensor.” But overall, the device was “just a Charge 3 with some additional gimmicks.” K is awaiting a software improvement to fix the majority of their problems, and Edgar’s issues caused him to immediately return his Charge 4. Dan was the only user who was happy with the Charge 4, stating “it really hits on all these marks for me.”