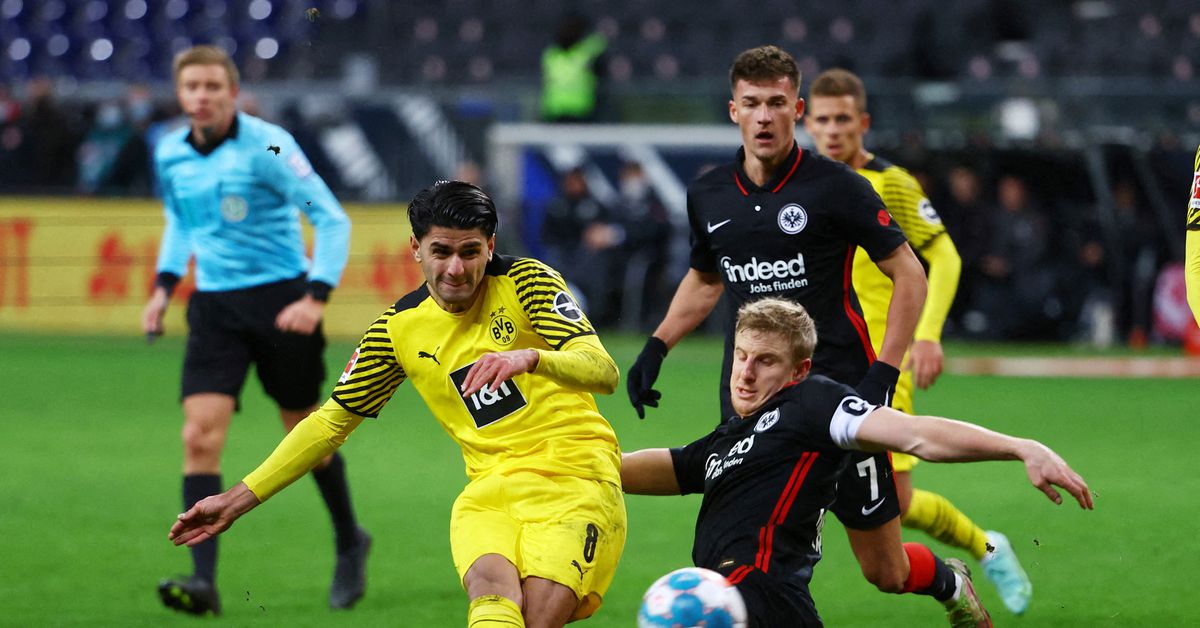 BERLIN, Jan 13 (Reuters) – Borussia Dortmund and Freiburg, who face each other on Friday in the Bundesliga, could not be more different this season even though both are battling to stay in the top spots behind leaders Bayern Munich.

Freiburg are the surprise package of the Bundesliga this season, having played a sensational first half of the campaign to occupy fourth place in the league on 30 points, seven behind second-placed Dortmund.

Freiburg have the league’s joint-best defence, having conceded just 18 goals so far and their consistency is even more remarkable, given the financial constraints such a small Bundesliga club has to keep up with the heavyweights.

Dortmund have been the exact opposite, with an error-prone defence that has let in 28 goals so far, four more than 17th-placed Arminia Bielefeld.

Marco Rose’s team has at times shown resilience, including last week when they battled from two goals down to snatch a 3-2 win over Eintracht Frankfurt and cut Bayern’s lead to six points.

But that game also exemplified Dortmund’s two sides this season. They were erratic at the back and toothless in attack until launching their comeback in the second half from 2-0 down.

Norwegian Erling Haaland was involved in all three goals but did not score, making it two games in a row without a goal, his longest goal drought this season.

A win on Friday, even in front of only a few hundred fans due to new COVID-19 restrictions, would be immensely important for Dortmund, moving them within three points of Bayern, who are in action at in-form Cologne on Saturday, and keeping the title race alive.

It would also keep third-placed Hoffenheim, on 31, and Freiburg at bay.

Rose praised their comeback win in Frankfurt but said they needed to cut back on mistakes and maintain that winning mentality also against Freiburg if they are to earn their first back-to-back wins since November. Dortmund have won only two of their last five league games.

Visitors Freiburg will feel little pressure as they seek their first victory in Dortmund in 20 years.

Freiburg coach Christian Streich’s record in Dortmund so far is eight defeats and a draw and he could not have hoped for a better time to battle for his first win in the Ruhr valley.

“Dortmund are one of Germany’s best teams but we have shown we can keep up with them this season,” Freiburg defender Christian Guenter said.

“We are solid and consistent and until now there has been no opponent against whom we did not have a chance. We are going into the game with a lot of confidence.”