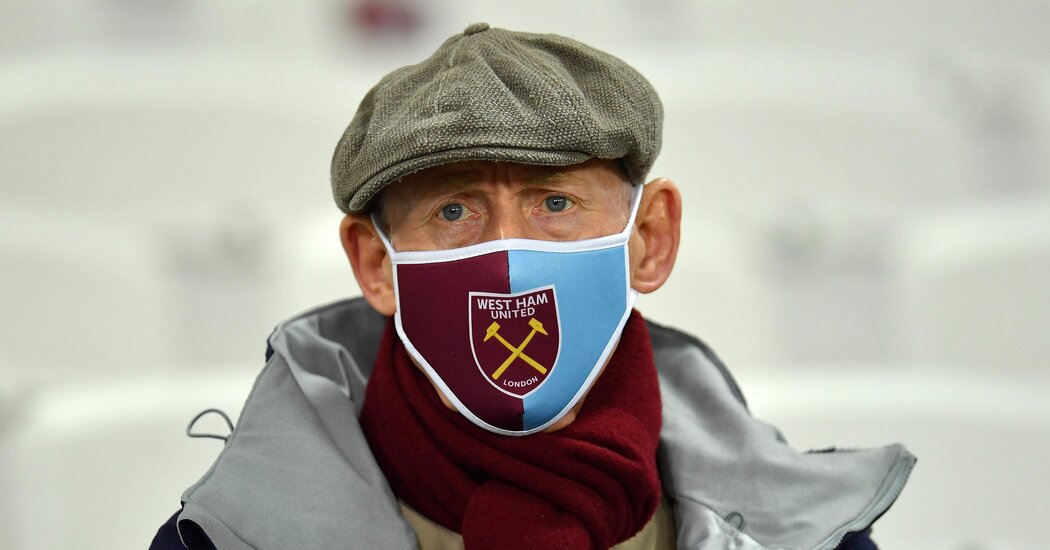 Perhaps, though, there is one exception. Soccer’s past nine months have been marked, indelibly, by absence: first, for two months, of the sport as a whole, and then, for far longer, of the sport as it ought to be, not just a game but a spectacle, a conduit for contact and community and family and all those other things that have been lost, have been sacrificed, in far more significant ways over the course of this year.

Soccer has found a way through, to its credit, playing games in empty stadiums with vast banners draped over vacant seats and artificial soundtracks piped onto television feeds. It has made it work, as it had to do. But every goal that has been scored has brought a sense of regret, too, a sense that something was missing, a sense that nothing was the same.

To witness the return of fans, though, was to realize how much deeper the absence ran. Fans are, in a sincere but intangible way, the meaning of soccer, the meaning of sports. It is fans who define and determine what all of this means. In a more immediate sense, though, they provide the texture of the occasion that bring all of this to life in vivid Technicolor.

The roar after a goal, of course, is the clearest example, but the soundscape is far richer, far more diverse than that, and often not necessarily especially logical. The loudest cheer here on Saturday was not, for example, the one that greeted Tomas Soucek’s goal that put West Ham ahead. It was for a tackle by Declan Rice on Rashford.