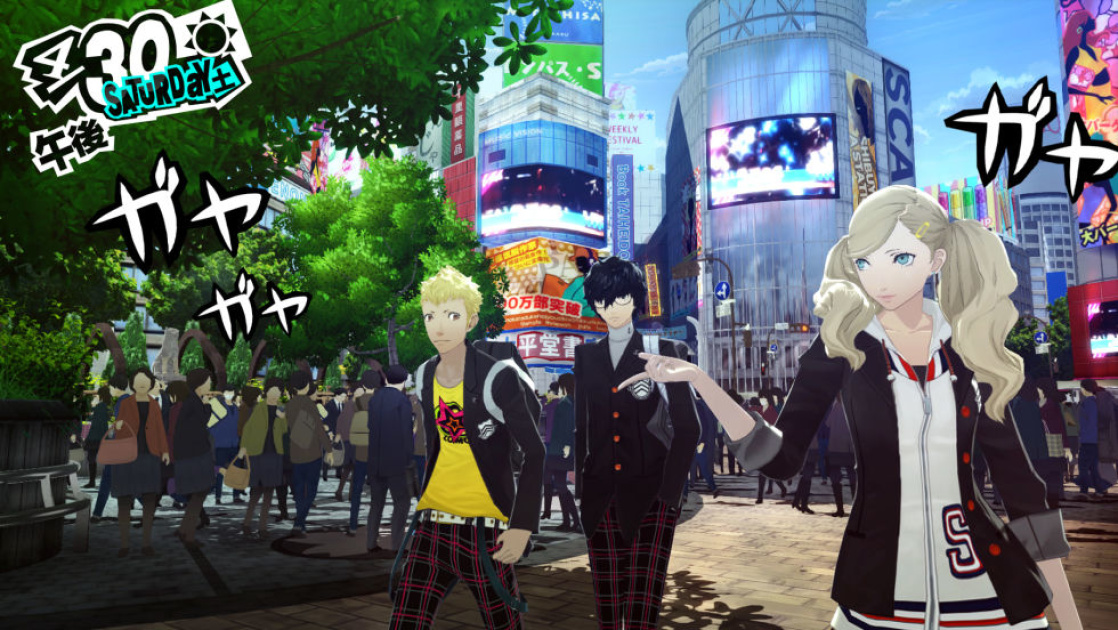 So when Joker was told he needed to take two metro lines to his new school, my head spun. The fact that the game actually makes you walk around Shibuya station to find the correct platform intensified my own memories of having to do the same at age 13, hopping off the R at Pacific Street to transfer to the 2. It was scary, but I got used to it. And those feelings came rushing back as I ran about the station complex, driving me to near panic at the unfamiliarity of it (luckily the game didn’t time me, which would have made it so much scarier).

The more I played and Persona 5 opened up, the more the similarities struck me. Joker would be trapped in class for the first half of the day, but once the school day ended I found it very striking that the game drops you off in his homeroom. You can then stay in the school building if you want, to visit the library or hang out in the hallway talking to people. School as a place where kids can and will hang out after class willingly (outside of sports) is not something I see in TV and movies often, but it was very much something me and my friends did.

That isn’t to say we didn’t do other things. We might have headed to a shopping district after school — not a traditional suburban mall, but a part of the city with lots of stores and other places to hang out. Though we certainly had a mall to hang out at as well, an underground labyrinth filled with tiny shops, just like the one in Persona 5’s Shibuya. And like any good ‘90s teenager I hung out at the arcade as well, when those were still a thing in New York.

Even the way Joker will run into people on the metro, like Ann or Akechi, is something I can relate to — the Atlantic Avenue-Pacific Street station in Brooklyn is a major transfer point, so there was always a possibility of running into someone you knew on the way to or from school. And it was always the place where I said goodbye to my friends after an afternoon of hanging out, as we all split off toward our separate train lines.

It’s not just the trains, though, that create this feeling of nostalgia for me. The trains are just the way the game ties its various settings and story beats together. The way the map expands for you as your own knowledge increases is not dissimilar from being a city kid learning about the place they live in and becoming more comfortable with it. So many neighborhoods were just dots on a map for me, until my student MetroCard gave me the means to explore them.

And the thing about being in high school is that for many kids, it’s their first taste of freedom. Persona 5 captures that brilliantly. You’re largely left to your own devices, with Joker allowed to do as he pleases in the afternoons and evenings — whether that’s to go shopping, hang out with his friends or work multiple jobs (seriously, how the hell do I have six jobs in this game). The game’s mechanics are all about figuring out how to make the best use of your time, explaining in detail how each activity will benefit you.

Too bad real teenagers can’t see their every decision measured out as stats; maybe I would have spent just a little more time in the arcade if I thought it would make me braver.